Elizabeth Lewis was born on December 9, 1851, on the Botetourt County estate of her grandparents. She was the daughter of John Scaisbrook Langhorne and Sarah Elizabeth Dabney Langhorne. She grew up and lived nearly all her life in nearby Lynchburg, where her aunt, Orra Henderson Moore Gray Langhorne, worked for social reform and woman suffrage in the decades after the American Civil War (1861–1865). She was the aunt of Nancy Witcher Langhorne Shaw Astor, viscountess Astor, the first woman to serve in the British House of Commons, and also to Irene Langhorne Gibson, whose husband was noted illustrator Charles Dana Gibson, of Gibson Girl fame. 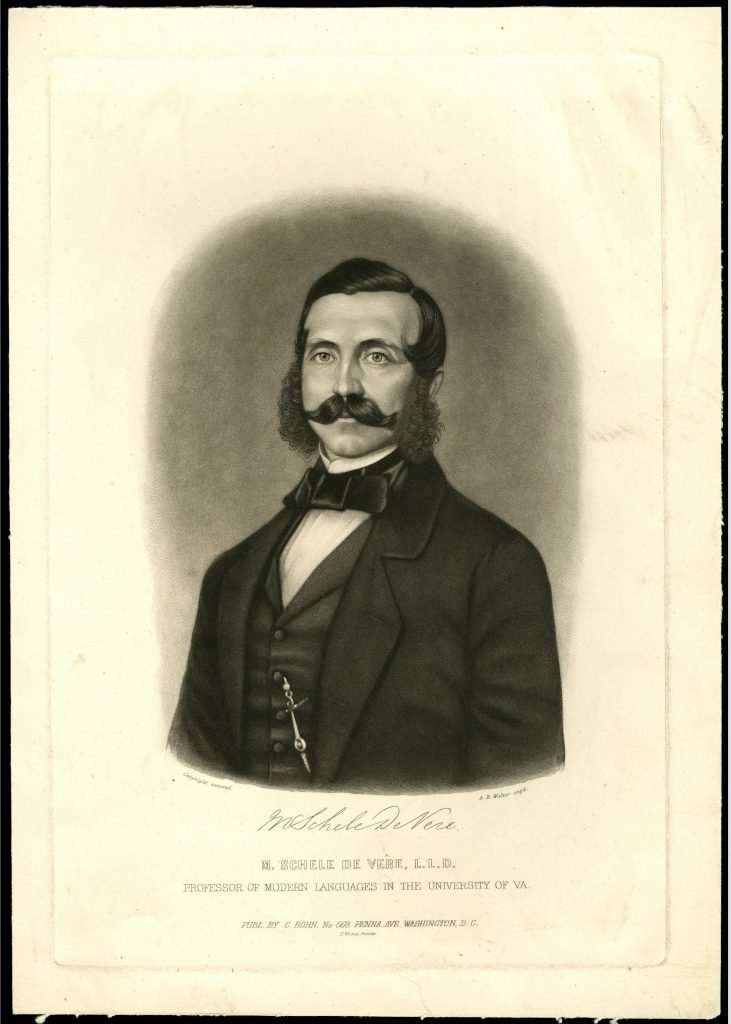 She was educated in private schools in Lynchburg and for a brief time near the end of the Civil War at a Charlottesville school the noted University of Virginia linguist Maximilian Schele de Vere conducted. She taught in one of Lynchburg’s first public schools in 1870 or 1871 and in a private school afterward. On August 13, 1873, she married a Lynchburg attorney and Confederate veteran John Henry Lewis. They had three daughters and a son. Their daughter Elizabeth Dabney Langhorne Lewis Otey earned a doctorate in economics from the University of Berlin and was also a noted suffragist and the first woman any major Virginia political party nominated for statewide office. Unlike Lewis, who was a Democrat, Otey became a Republican like her father and later a Socialist. Lewis’s husband died on February 23, 1907.

Lewis was well read, cultured, and reportedly a fine pianist and active supporter of the lively musical and artistic life of Lynchburg. She maintained her interest in education throughout her life, promoted a free night school in Lynchburg, and supported the efforts of Mary-Cooke Branch Munford and others to allow women to attend the University of Virginia. Lewis belonged to the Woman’s Christian Temperance Union and the Confederate Memorial Association. She served twice as president of the Lynchburg Woman’s Club and once as president of a local musical society. Although raised in the Episcopal Church, she became a Unitarian and reportedly was the first organist in the city’s Unitarian Church. 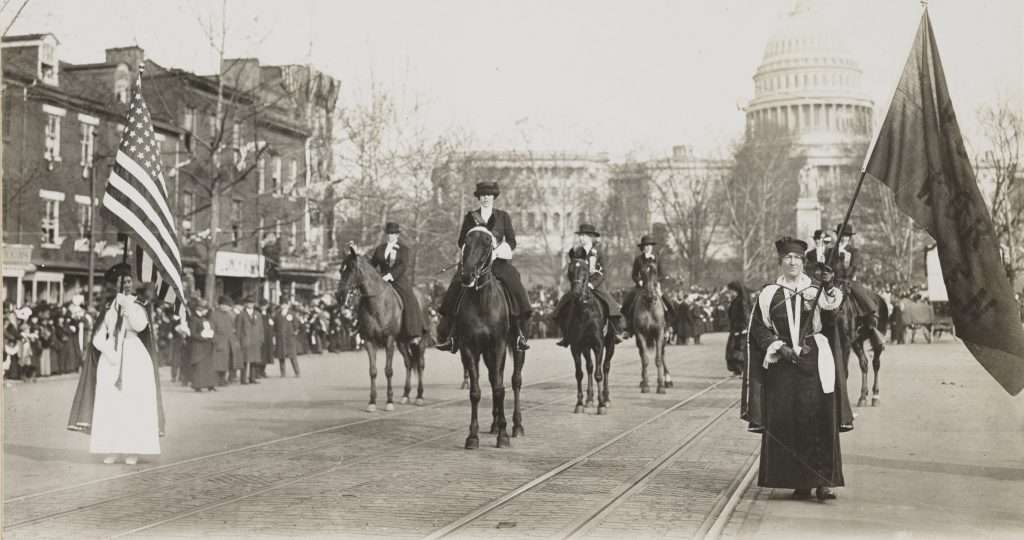 In October 1910 Lewis founded the Lynchburg Equal Suffrage League, the second local league founded in the state. The surviving records of the Lynchburg league indicate that Lewis served as president from its founding through ratification of the Nineteenth Amendment in 1920. The chapter sponsored speakers on woman suffrage and related public affairs, and on April 20, 1917, the Lynchburg league published 5,000 copies of The Lynchburg Woman’s Suffrage News, although no copies appear to have survived. Lewis and other members spoke in schools and in nearby localities to educate people about woman suffrage and circulated petitions urging members of the General Assembly to propose a woman suffrage amendment to the state constitution. She also participated in public events, including the March 1913 national suffrage parade in Washington, D.C., where she helped carry the Virginia banner. In August 1917 she and her daughter Elizabeth Otey joined other suffragists in picketing the White House.

Lewis regularly attended state conventions of the Equal Suffrage League of Virginia. At the convention in December 1911 she was elected vice president and served until the league dissolved in 1920. Her Lynchburg league hosted the annual convention in October 1913 at which time she became chair of the committee to revise the league’s constitution. In 1912 and again in 1914 Lewis, state league president Lila Hardaway Meade Valentine, and others spoke on behalf of woman suffrage before the House of Delegates’ Committee of Privileges and Elections. As part of a delegation of more than 200 suffragists, in December 1915 she also spoke before the governor to lobby his support for their cause. During this period Lewis attended conventions of the National American Woman Suffrage Association as a state delegate from 1914 to 1919 and also sat on its executive council.

Between May 1915 and October 1916 Lewis made more than twenty suffrage speeches, mostly in towns and cities in south-central and southwestern Virginia, and organized local leagues in more than half of them. Lewis and her cousin Lila Meade Valentine were the most active speakers, recruiters, and organizers of local leagues during that time. While reorganizing a league in Appomattox County on October 2, 1916, Lewis debated Congressman Henry DeLaWarr Flood, an opponent of woman suffrage and one of the most powerful leaders of the state’s Democratic Party. As of December 1915 the state league could boast 9,662 members in ninety-eight chapters in eighty-one counties. Valentine estimated in March 1916 that the league was the largest organization of women in the state and undoubtedly the largest in the state’s history to that time. By 1920 the Equal Suffrage League of Virginia had approximately 175 chapters and had obtained about 32,000 signatures in support of woman suffrage.

Camp Lee During World War I

In “A Confession of Faith”published in Virginia Suffrage News in November 1914, Lewis wrote “that the woman’s qualification for citizenship is as valid as the man’s—that her identity of interest, her intelligence, her morality, her patriotism and her proven efficiency” entitled women to all the rights and responsibilities of citizenship for which “equal suffrage is an indispensable element.” During World War I (1914–1918), as leaders of the National American Woman Suffrage Association recommended, Lewis and many other Virginia suffragists channeled their energies into support of war-related work. She served as chair of the women’s committee of the Lynchburg office of food administration and volunteered with the Young Men’s Christian Association at Camp Lee, near Petersburg. The unwillingness of Virginia’s legislators to propose a woman suffrage amendment to the state constitution again in 1916 caused most state suffrage leaders to support instead an amendment to the Constitution of the United States. Lewis campaigned avidly for a federal amendment, known as the Susan B. Anthony Amendment, lobbying Virginia’s congressional delegation and continuing to speak around the state. Some members, however, left the Equal Suffrage League to join the more aggressive National Woman’s Party, including Lewis’s daughter Elizabeth Otey.

During Valentine’s bouts with illness in 1918 and 1919, and following the death of Valentine’s husband in June 1919, Lewis acted in her stead and ran the state league with the aid of a small but very talented group of women in the Richmond headquarters. The league’s incomplete file of surviving correspondence of Lewis, Valentine, and other league officers documents the work of the state league and urban local leagues better than any other sources. They fully demonstrate Lewis’s devotion to the cause and the great amount of time and energy she gave to it throughout the decade.

The General Assembly did not ratify the Nineteenth Amendment in 1920, but at its session early that year it did pass enabling legislation to permit women to vote that year if enough other states ratified the proposed amendment. Lewis participated in planning citizenship schools the league sponsored to prepare women for voting. That October she traveled to England to visit her niece who had taken her seat in the House of Commons the previous year, but returned in December and thus missed her first opportunity to vote in the election on November 2, 1920.

Lewis attended the preliminary organizational meeting of the Virginia League of Women Voters in the House of Delegates chamber in the Capitol on September 10, 1920. At the formal founding of the league in the Senate chamber on November 10 the delegates elected her to the board of directors. She presided over a session at the 1923 state convention and was elected president for the 1926–1927 term. Lewis also served as the first president of the Lynchburg League of Women Voters from 1920 to the mid-1930s, by which time she was in her eighties. In 1931 the Virginia league added Lewis’s name to the honor roll of the national league in recognition of her many years of work on behalf of woman suffrage and the League of Women Voters.

Lewis traveled to Richmond early in 1926 to present along with other founding members of the league a collection of flags and suffrage banners, including the Lynchburg league’s banner, to the governor, but they were lost after the museum where they were displayed later closed. Lewis’s grandson, Lynchburg artist Scaisbrooke Langhorne Abbot, lived with her for a time in the 1930s. Lady Astor visited her in Lynchburg late in January 1946, but Lewis was too weak to attend a delayed public celebration of her ninety-fourth birthday with her niece. On January 30, 1946, shortly after Astor left town, Lewis died at her home in Lynchburg. Her ashes were buried in Presbyterian Cemetery in Lynchburg, where her husband’s body had been buried.