Munford was born in Richmond on September 15, 1865, to James Read Branch and Martha Louise Patterson Branch. Although her family never experienced poverty, Munford became interested in social welfare issues at a young age. This passion intensified after her November 22, 1893, marriage to Beverley Bland Munford, a lawyer who shared his wife’s interest in social concerns. In the 1890s, she organized and headed a Saturday Afternoon Club, a weekly study and social club made up of women from Richmond’s social elite. Her involvement in the meetings, however, declined over time when she could not convince the group to study such issues as child labor and municipal sewage systems rather than more “refined” topics like Homer and Goethe.

Educational causes captured much of Munford’s attention. She was a member and held leadership positions in the Cooperative Education Association of Virginia. She also helped establish and served as president of the Richmond Education Association, which became operational in 1901, and promoted public education—at the time woefully underfunded in almost all areas of the state. Affiliated with a national organization, the Richmond group was mainly concerned with boosting education in rural areas. The group also hosted or attended national conferences every year that, in addition to its meetings, often included tours of some of the South’s African American educational institutions, such as Hampton Institute in Hampton, Virginia. 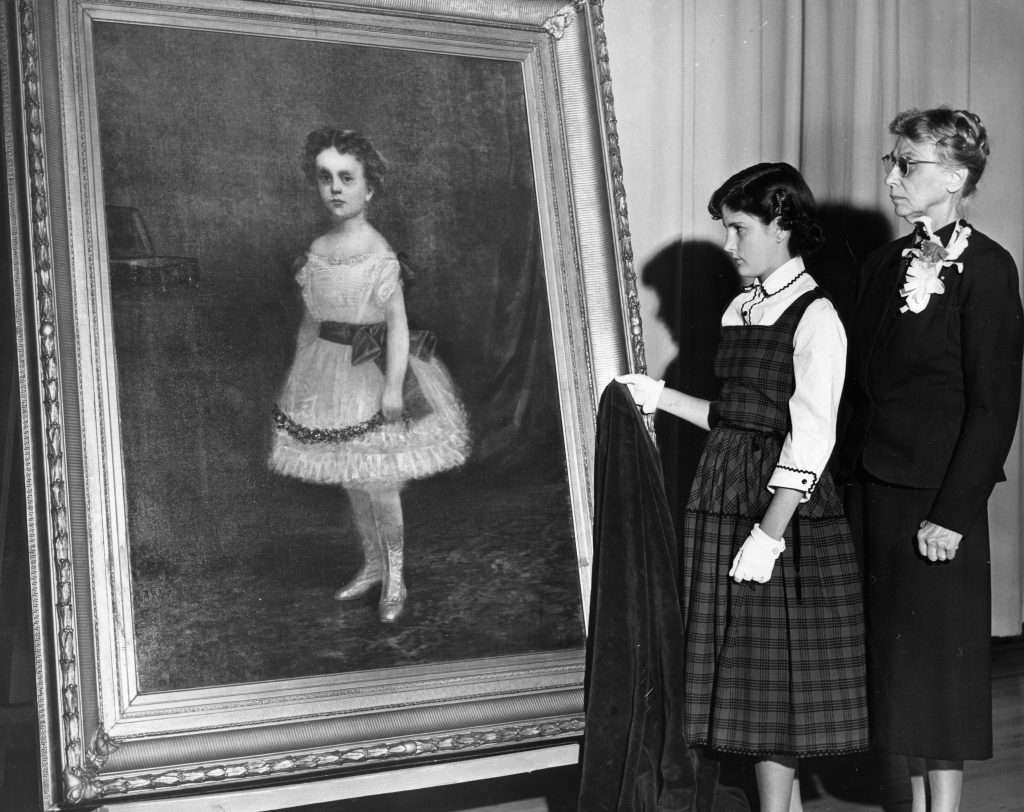 Unveiling of the Munford Portrait

Although educated in both Richmond and New York, Munford regretted the fact that her mother had not allowed her to attend college, despite Munford’s fervent pleas to do so. Hoping to improve women’s opportunities for higher education, Munford headed a campaign through the Co-ordinate College League to found a coordinate college for white women at the University of Virginia. The league introduced legislation for the women’s college to the Virginia General Assembly, but fierce opposition, primarily from a number of the university’s alumni, ultimately defeated its efforts. Although the women’s college was never founded, Munford later became a member of the board of visitors at the University of Virginia and, after her death, a building on campus was named in her honor. Munford was successful, however, in helping to convince the College of William and Mary to admit women in 1918, and in March 1920 she became the first woman to serve on the board of visitors of that institution. That same year, Munford also became the first woman to serve on the Richmond School Board.

Educational causes were not the only outlet for Munford’s activism. She also joined and frequently held office in many other organizations, including the National Consumer’s League, the Equal Suffrage League of Virginia, the Woman’s Club of Richmond, the National Municipal League, the Young Women’s Christian Association, the National Child Labor Committee, the Woman’s Committee of the Council of National Defense, and the Virginia Agricultural Council of Safety. After the ratification of the Nineteenth Amendment to the U.S. Constitution granted women the right to vote in 1920, Munford served on the boards of the Virginia League of Women Voters as well as on its local Richmond branch. In 1920, she was appointed to the Democratic National Committee.

Beginning around 1910, the year her husband died, Munford began to devote more attention to the plight of African Americans. Munford became an advocate of African American uplift and interracial cooperation, believing that it was her responsibility as a white aristocrat to care for the black race. Her attitude toward African Americans was paternalistic and heavily influenced by the Lost Cause view of the American Civil War (1861–1865), which argued that most slaves in the South had been happy, well-cared for, and faithful to their owners. As such, Munford often cited the love and loyalty of her own family’s servants, who were former slaves, as the reason for her efforts.

Her activism was motivated, in part, by the unusual circumstances of her father’s death. After the Civil War, Colonel Branch, a Confederate veteran, joined the so-called “True Republicans,” white conservatives who allied with moderate Republicans to defeat the Radical Republicans. The moderates even sought support from newly enfranchised black voters. As part of their campaign, Branch attended a picnic sponsored by the Colored Walker Club of Richmond on July 2, 1869, designed especially to attract black voters in support of the moderate Republican gubernatorial candidate, Gilbert C. Walker. Hundreds of white and African American men gathered under a banner of “United we stand; divided we fall.” The makeshift pedestrian bridge out to the island in the James River where the event was held collapsed under the weight of the crowd, and several people died; Munford’s father was one of the victims. The dramatic story of her father’s demise—a literal “sacrifice” to the cause of African American uplift, as she saw it—led Munford to become one of Virginia’s most vocal white advocates of interracial cooperation.

Although Munford never directly acknowledged the injustice of segregation, she nevertheless recognized the growing needs of African Americans. Communities such as Jackson Ward, for example, a primarily African American district in Richmond, received inferior sanitation, modernization, and maintenance compared with white neighborhoods. Munford deplored the area’s inadequate, overcrowded housing, and attended City Council meetings to petition for improved services for black neighborhoods and business districts. She worked with the Community House for Negro People and served on the board of trustees of Janie Porter Barrett’s reformatory, the Virginia Industrial School for Colored Girls. Munford also served on the board of the National Urban League, was a founding member of the Virginia Inter-Racial League, and became a trustee at Fisk University.

Munford died in Richmond on July 3, 1938, and was buried at Hollywood Cemetery. The Mary Munford Elementary School in Richmond was named in her honor.