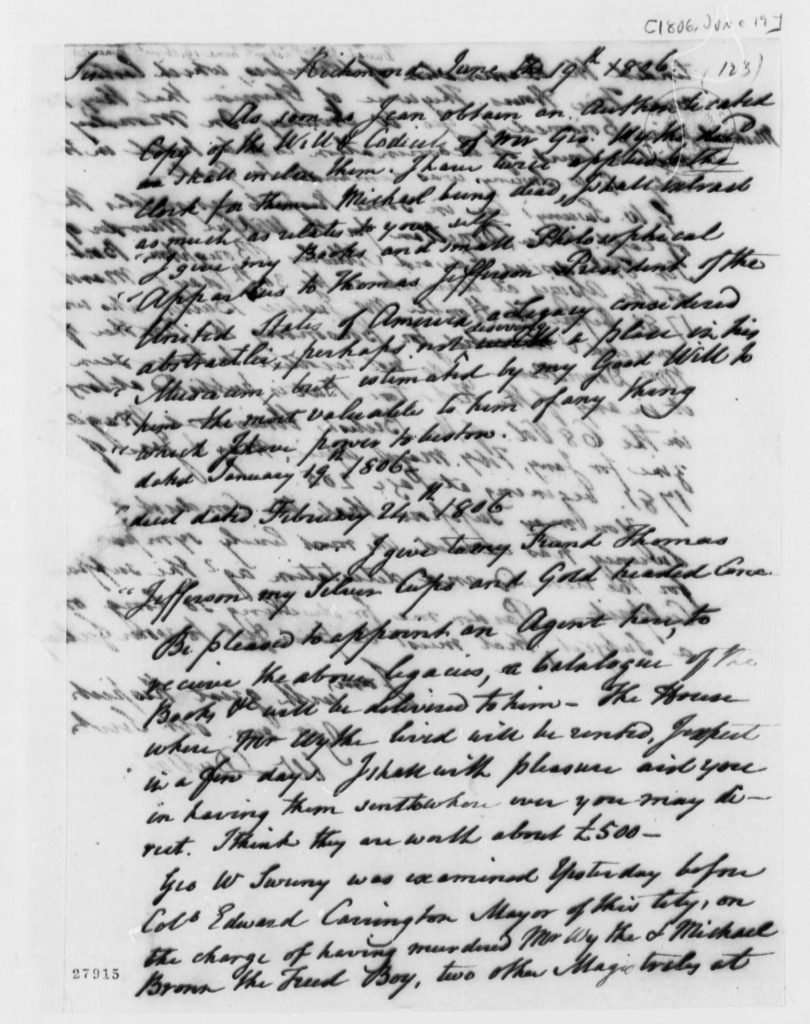 As soon as I can obtain an Authenticated Copy of the Will and Codicil of Mr Geo. Wythe, decd.I shall inclose them. I have twice applied to the Clerk for them. Michael [Brown] being dead, I shall extract as much as related to your self.

"I give my Books and small Philosophical Apparatus to Thomas Jefferson, President of the United States of America, a Legacy considered abstractlie, perhaps not deserving a place in his Musæum, but estimated by my Good Will to him the most valuable to him of any thing which I have power to bestow."

"I give to my Friend Thomas Jefferson my Silver Cups and Gold headed Cane."

Be pleased to appoint an Agent here, to receive the above legacies, a Catalogue of the Books &c will be delivered to him—The House where Mr Wythe lived will be rented, I expect in a few days. I shall with pleasure aid you in having them sent to where ever you may direct. I think they are worth about £500—

Geo W Sweeny was examined Yesterday before Colo Edward Carrington, Mayor of this City, on the charge of having murdered Mr Wythe & Michael Brown the Freed Boy, two other Magistrates at 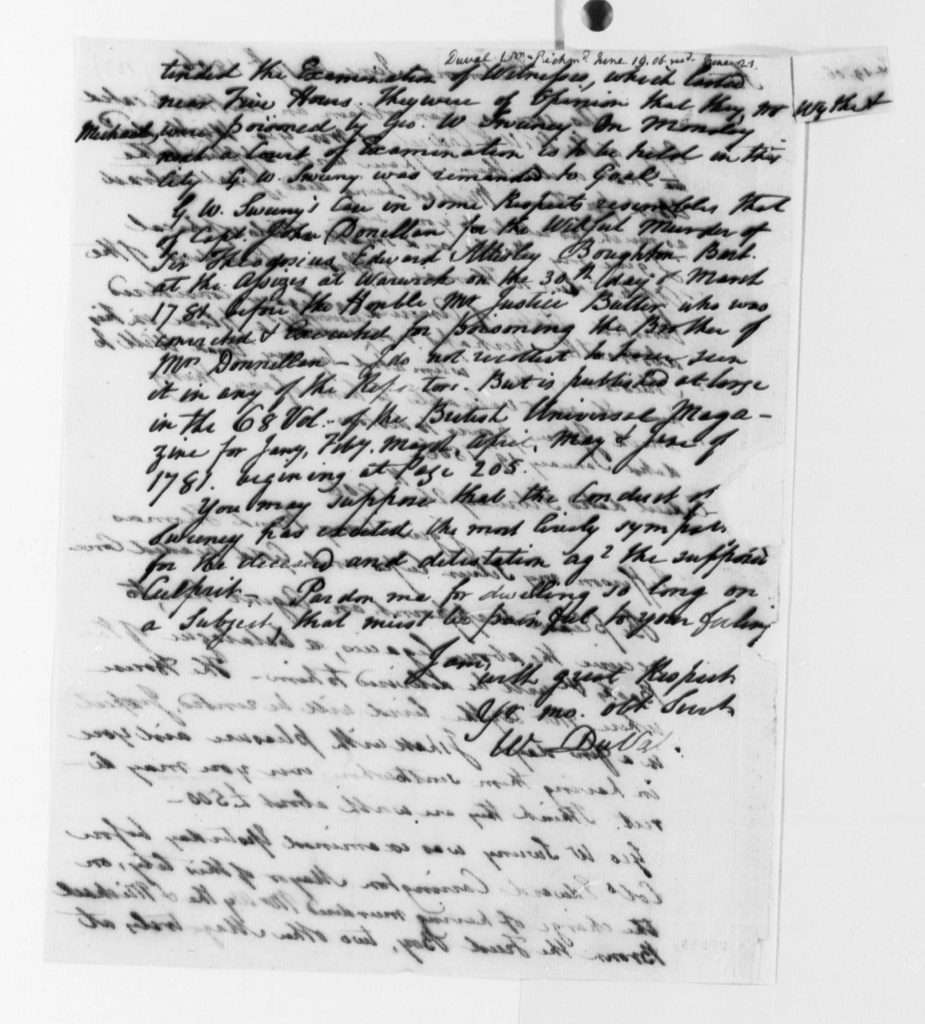 tended the Examination of Witnesses, which lasted near Five Hours. They were of Opinion that they, Mr Wythe & Michael, were poisoned by Geo. W Sweeney. On Monday next a Court of Examination is to he held in this City. G. W. Sweeny was remanded to Goal—

G. W. Sweeny's Case in some Respects ressembles that of Capt. John Donellen for the Wilful Murder of Sir Theodosius Edward Allesley Boughton, Bart. at the Assizes at Warwick on the 30th day of March 1781. before the Honble Mr Justice [Francis] Buller, who was convicted & Executed for poisoning the Brother of Mrs. Donnellen—I do not recollect to have seen it in any of the Reportors. But it is published at large in the 68. Vol. of the British Universal Magazine for Jany, Feby. March, April, May & June of 1781. begining at Page 205.

You may suppose that the Conduct of […] Sweeney has excited the most lively sympathy for the deceased and detestation agt the supposed Culprit—Pardon me for dwelling so long on a Subject, that must be painful to your feelings.

I am, with great Respect, Yr. mo. obt Servt.