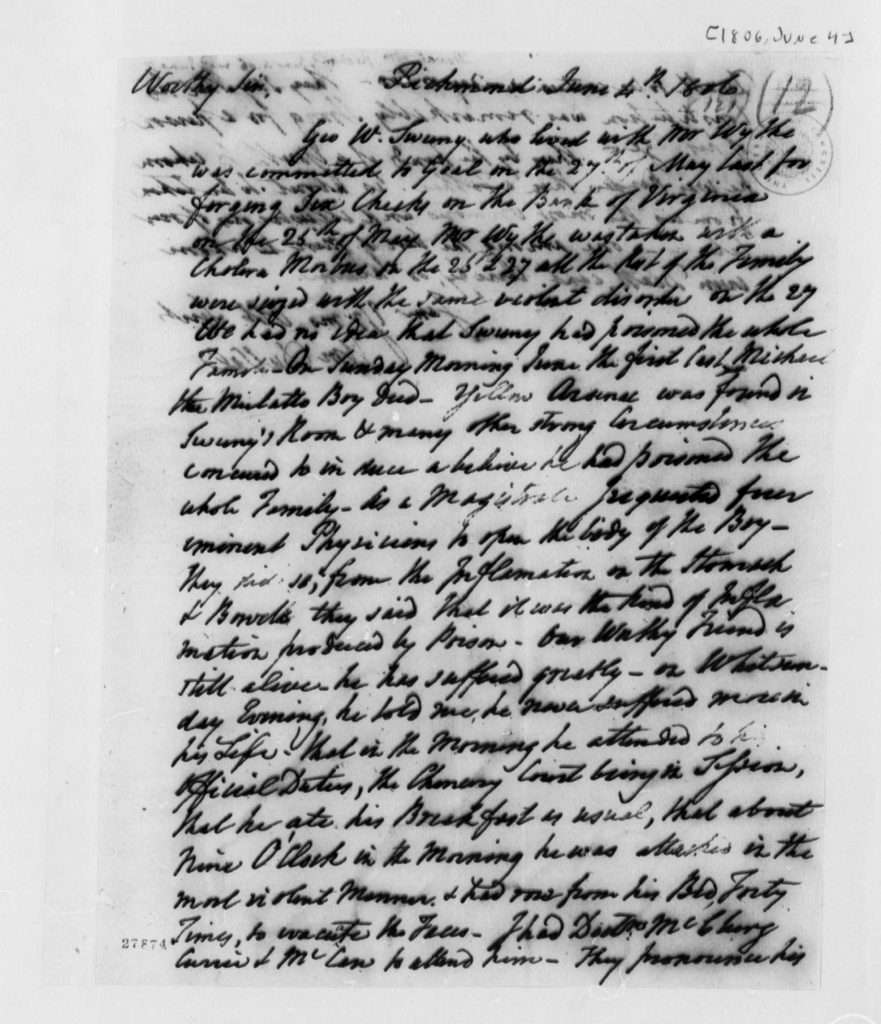 Geo W. Sweeny who lived with Mr Wythe was committed to Goal on the 27th. of May last for forging Six Checks on the Bank of Virginia on the 25th of May Mr Wythe was taken with a Cholora Morbus on the 26th & 27 all the Rest of the Family were seized with the same violent disorder on the 27 We had no idea that Sweeny had poisoned the whole Family—On Sunday Morning June the first last Michael [Brown] the Mulatto Boy Died—Yellow Arsenac was found in Sweeny's Room & many other strong Circumstances concured to in duce a beleive he had poisoned the whole Family—As a Magistrate I requested four eminent Physicians to open the body of the Boy—They did so, from the Inflamation on the Stomach & Bowels they said that it was the kind of Inflamation produced by Poison—Our Worthy Friend is still alive—he has suffered greatly. On Whitsunday Evening [May 24], he told me he never suffered more in his Life—that in the Morning he attended to his Official Duties, the Chancery Court being in Session, that he ate his Breakfast as usual, that about Nine O'Clock in the Morning he was attacked in the most violent Manner. & had rose from his Bed, Forty Times, to evacuate the Feces—I had Doctrs. [James] McClurg Currie & [James D.] McCaw to attend him—They pronounce his 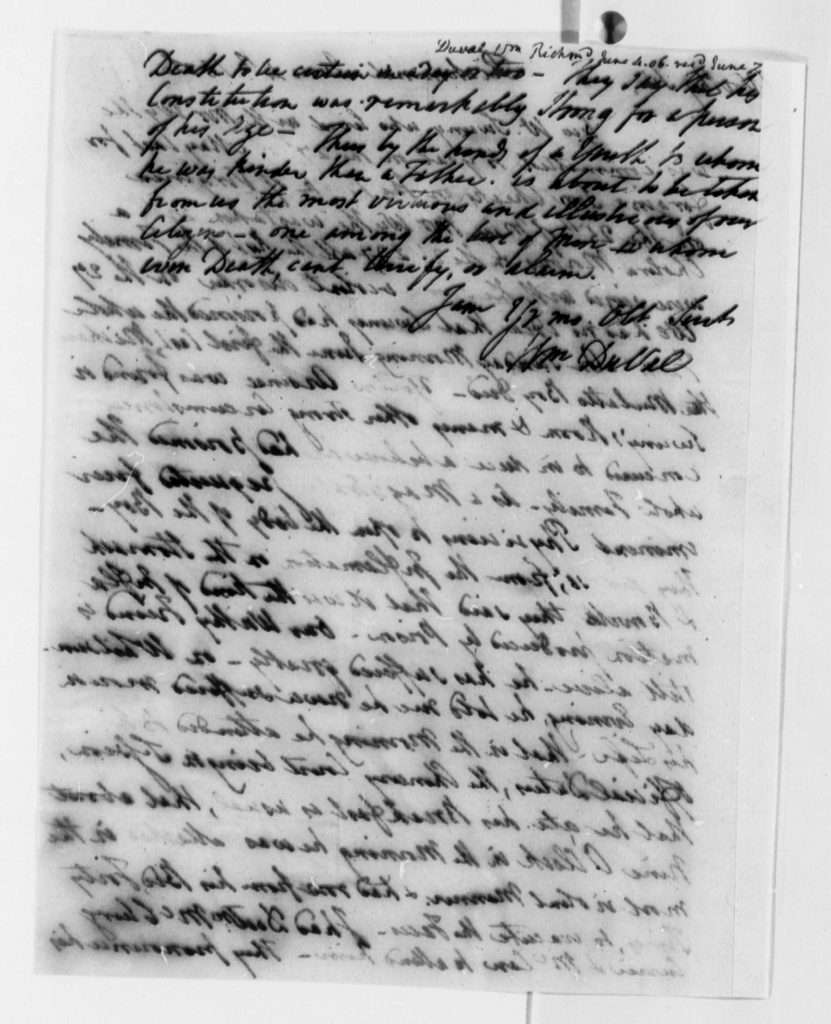 Death to be certain in a day or two—They say that his Constitution was remarkably Strong for a person of his Age—Thus by the hands of a Youth to whom he was kinder than a Father, is about to be taken from us the most virtuous and illustrious of our Citizens—one among the best of Men to whom even Death, cant terrify, or alarm.