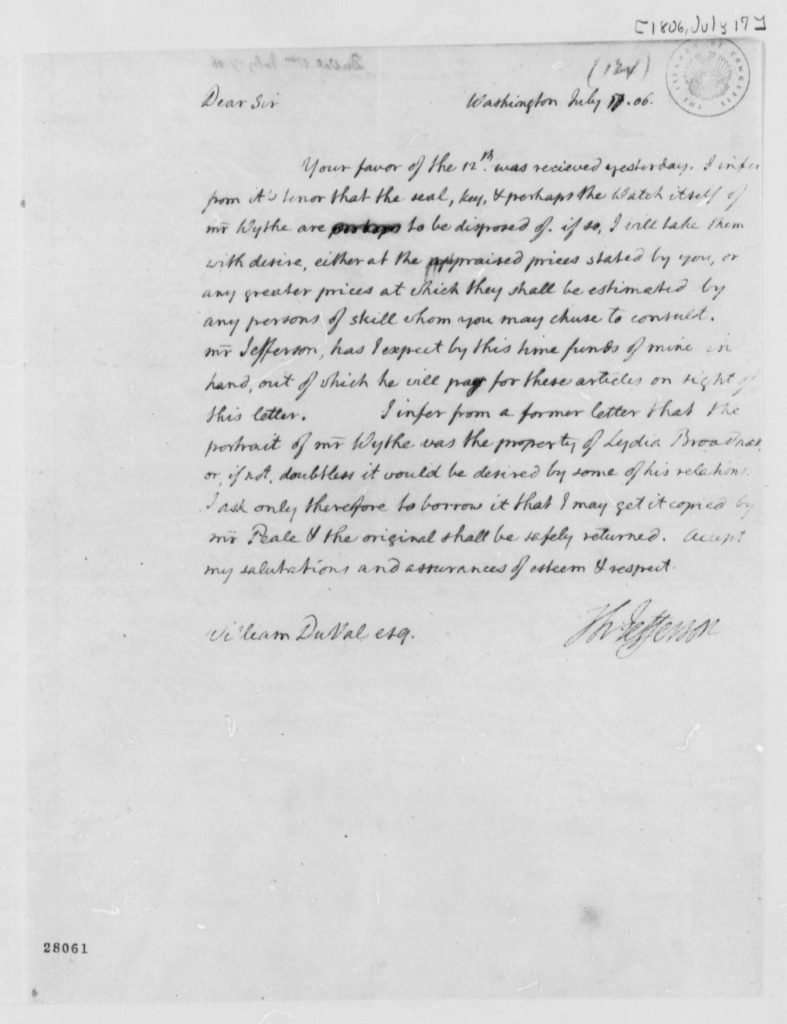 Your favor of the 12th. was recieved yesterday. I infer from it's tenor that the seal, key, & perhaps the Watch itself of mr Wythe are to be disposed of. if so, I will take them with desire, either at the appraised prices stated by you, or any greater prices at which they shall be estimated by any persons of skill whom you may chuse to consult. mr [George] Jefferson, has I expect by this time funds of mine in hand, out of which he will pay for these articles on sight of this letter.

I infer from a former letter that the portrait of mr Wythe was the property of Lydia Broadnax, or, if not, doubtless it would be desired by some of his relations. I ask only therefore to borrow it that I may get it copied by mr Peale & the original shall be safely returned. Accept my salutations and assurances of esteem & respect.