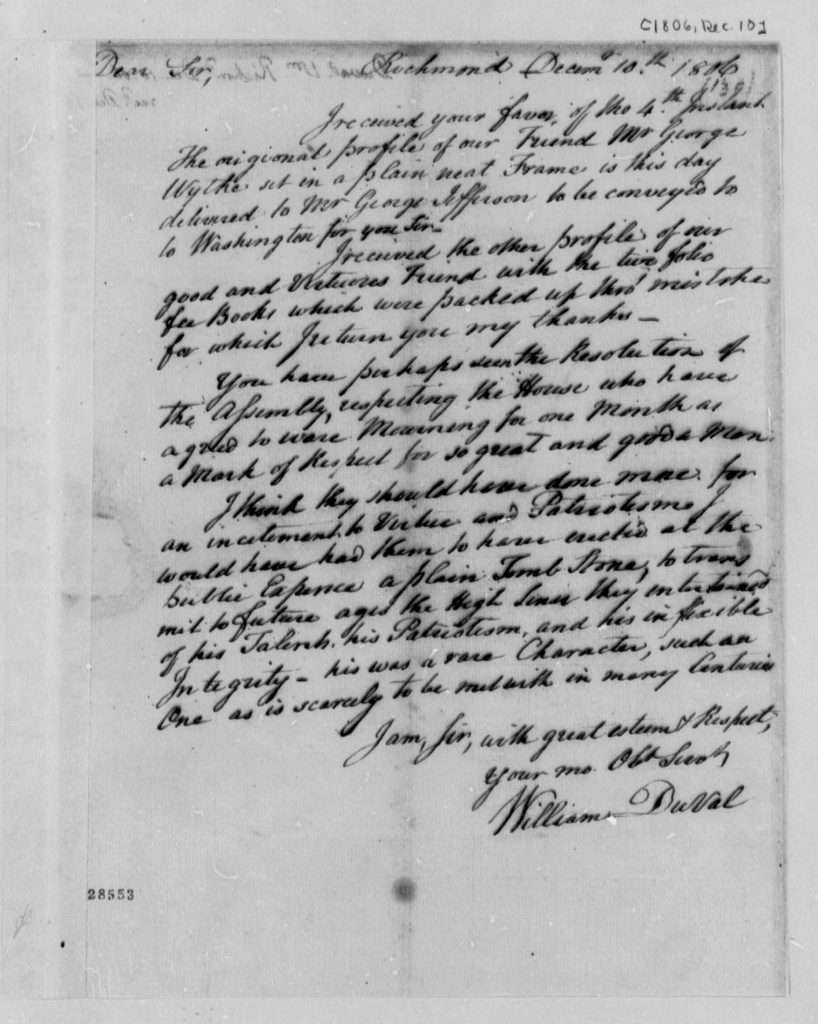 I received your favor, of the 4th. Instant. The origional profile of our Friend Mr George Wythe set in a plain neat Frame is this day delivered to Mr George Jefferson to be conveyed to to [sic] Washington for you Sir—

You have perhaps seen the Resolution of the Assembly, respecting the House who have agreed to ware Mourning for one Month as a Mark of Respect for so great and good a Man.

I think they should have done more, for an incitement to Virtue and Patriotism I would have had them to have erected at the public Expence a plain Tomb Stone, to transmit to future ages the High Sense they entertained of his Talents, his Patriotism, and his inflexible Integrity—his was a rare Character, such an One as is scarcely to be met with in many Centuries—

I am, Sir, with great esteem & Respect, Your mo. Obt Servt