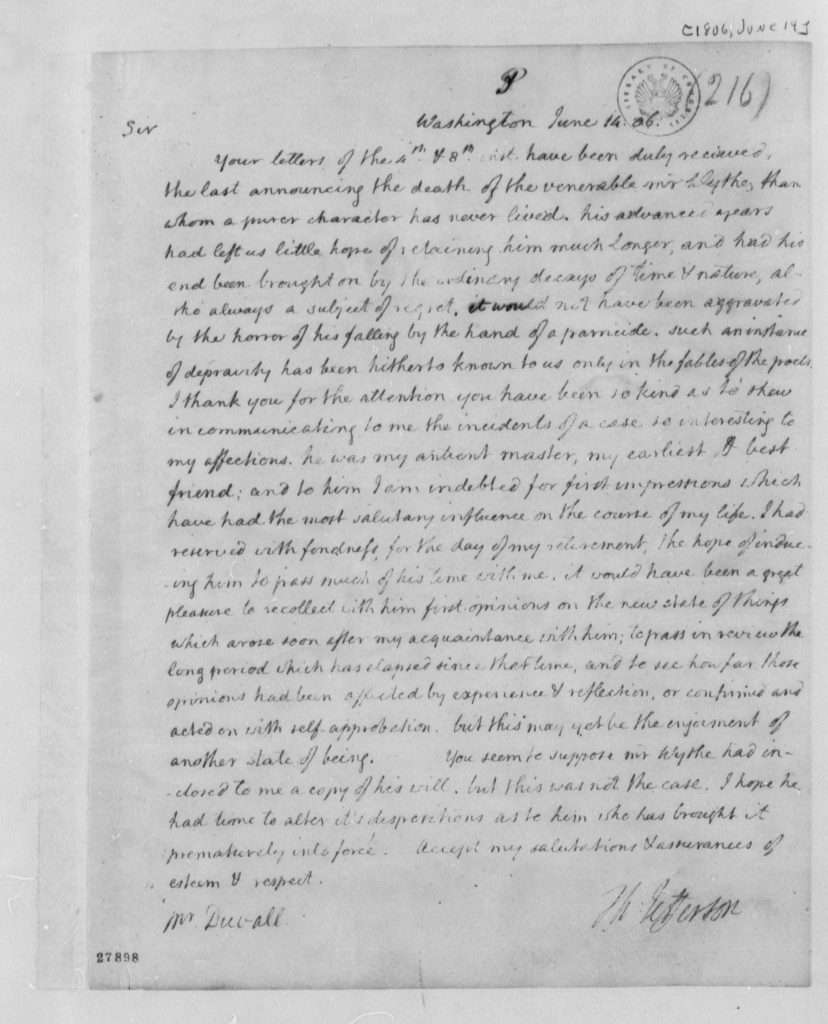 Your letters of the 4th. and 8th. inst. have been duly recieved, the last announcing the death of the venerable mr Wythe, than whom a purer character has never lived. his advanced years had left us little hope of retaining him much longer, and had his end been brought on by the ordinary decays of time & nature, altho' always a subject of regret, it would not have been aggravated by the horror of his falling by the hand of a parricide. such an instance of depravity has been hitherto known to us only in the fables of the poets. I thank you for the attention you have been so kind as to shew in communicating to me the incidents of a case so interesting to my affections. he was my antient master, my earliest & best friend; and to him I am indebted for first impressions which have had the most salutary influence on the course of my life. I had reserved with fondness, for the day of my retirement, the hope of inducing him to pass much of his time with me. it would have been a great pleasure to recollect with him first opinions on the new state of things which arose soon after my acquaintance with him; to pass in review the long period which has elapsed since that time, and to see how far those opinions had been affected by experience & reflection, or confirmed and acted on with self-approbation. but this may yet be the enjoiment of another state of being.

You seem to suppose mr Wythe had inclosed to me a copy of his will. but this was not the case. I hope he had time to alter it's dispositions as to him who has brought it prematurely into force. Accept my salutations & assurances of esteem & respect.