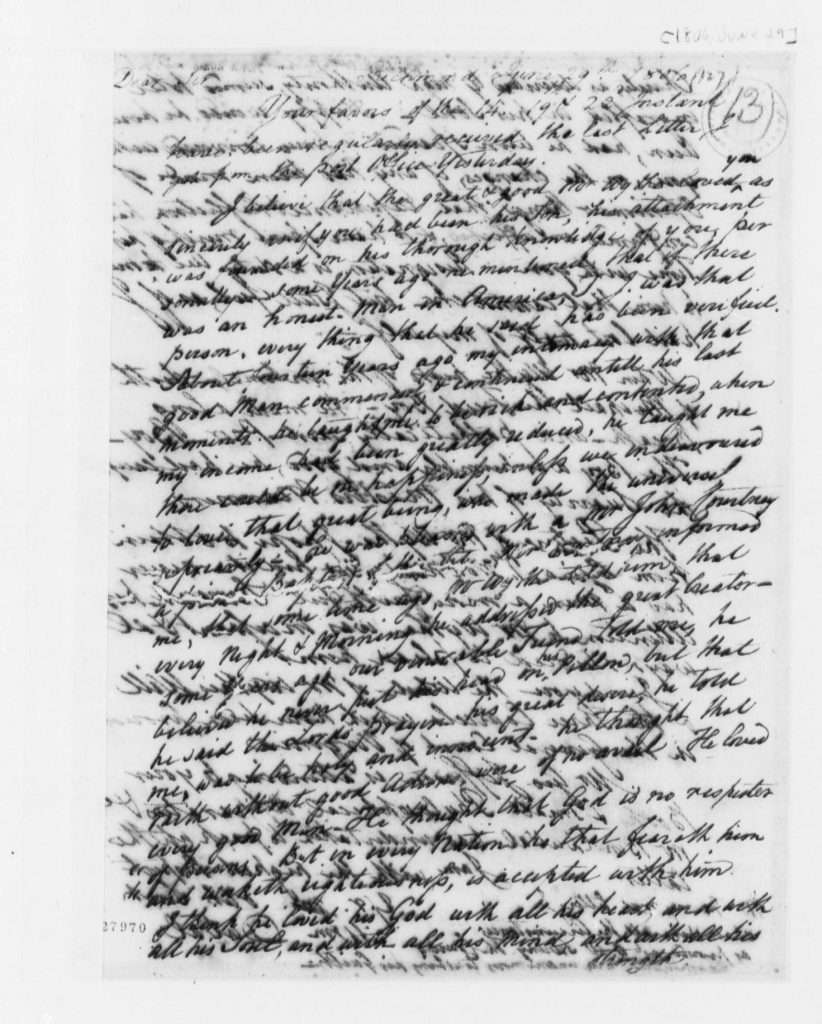 Your favors of the 14th. 19th & 22d. Instant have been regularly received, the last Letter I got from the post Office Yesterday.

I believe that the great & good Mr Wythe loved you as sincerely as if you had been his Son, his attachment was founded on his thorough knowledge of you, personally. some Years ago he mentioned that if there was an honest Man in America, T.J. was that person, every thing that he said has been verified. About fourteen Years ago my intimacy with that good Man commenced, & continued untill his last Moments. he taught me to be rich and contented, when my income had been greatly reduced, he taught me there could be no happiness, unless we indeavoured to love that great being, who made the universe supreamly—he was pleased with a Mr John Courtney, a [private] Baptist of this City. Mr Courtney informed me, that some time ago, Mr Wythe told him, that every Night & Morning he addressed the great Creator—Some Years ago our venerable Friend told me, he believed he never put his head on his Pillow, but that he said the Lord's Prayer. his great desire, he told me, was to be holy and innocent—he thought that Faith without good Actions, were of no avail. He loved every good Man—He thought that God is no respecter "of persons. But in every Nation he that feareth him and worketh righteousness," is accepted with him. 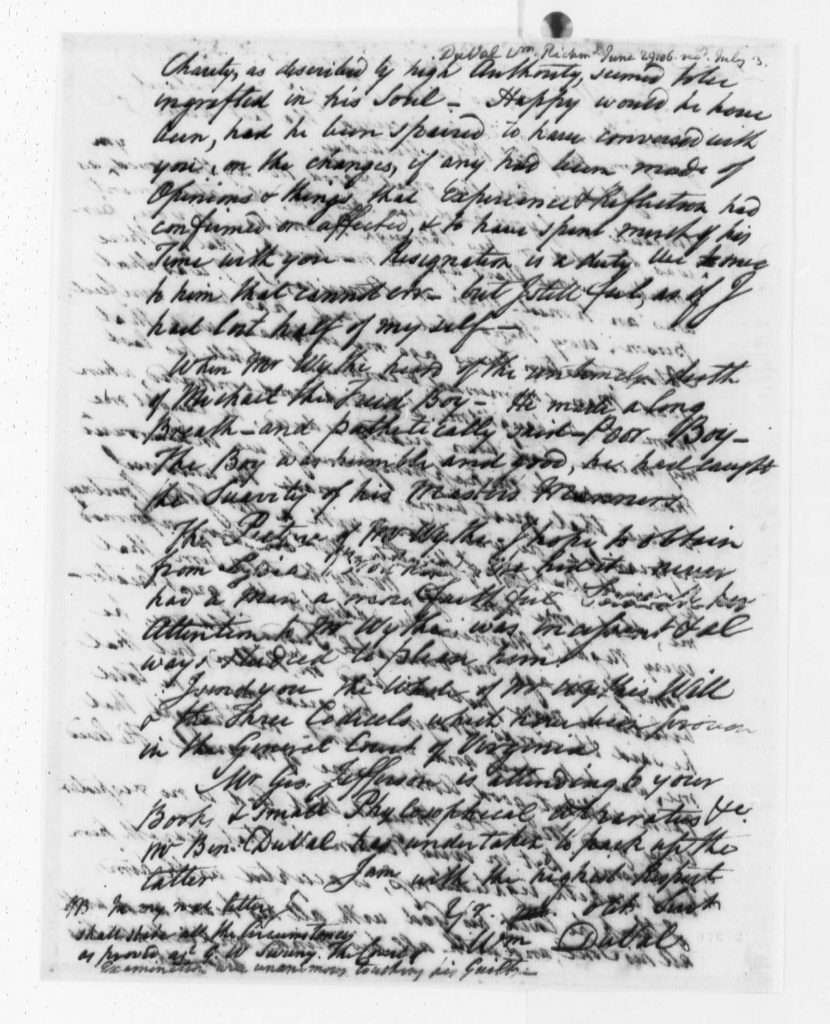 Charity, as described by high Authority, seemed to be ingrafted in his Soul—Happy would he have been, had he been spaired to have conversed with you, on the changes, if any had been made of Opinions & things that Experience & Reflection had confirmed or affected, & to have spent much of his Time with you—Resignation is a duty we owe to him that cannot err—but I still feel, as if I had lost half of my self—

When Mr Wythe heard of the untimely death of Michael [Brown] the Freed Boy—He made a Long Breath—and pathetically said—Poor Boy—The Boy was humble and good, he had caught the Suavity of his Master's Manners.

The Picture of Mr Wythe—I hope to obtain from Lydia Brod[nax] she had it—never had a Man a more faithful Servant. her Attention to Mr Wythe was incessant & always studied to please him.

I send you the Whole of Mr Wythe's Will & the Three Codicils which have been proven in the General Court of Virginia.

Mr Geo. Jefferson is attending to your Books & small Philosophical Apparatus &c. Mr Ben. DuVal has undertaken to pack up the latter.

I am with the highest Respect Yr. Mt. obt. Servt

NB In my next letter I shall state all the Circumstances as proved agt. G W. Sweeny. The Court of Examination was unanimous touching his Guilt—