George Wythe was born in 1726 or 1727, in Elizabeth City County. He became an attorney, served in the House of Burgesses (1754–1755, 1758, 1761–1766), and as the last clerk of the House (1768–1776). He represented Williamsburg at the second Virginia Convention (1775), served as a delegate to the Second Continental Congress (1775–1776), and signed the Declaration of Independence. In 1778, he was appointed a judge of the newly created High Court of Chancery, a position he held for the rest of his life. From 1780 to 1789, he served as professor of law and police at the College of William and Mary, making him the first law professor in America and only the second in the English-speaking world. In 1787, he served as a delegate to the Constitutional Convention.

Wythe, in other words, was one of the most distinguished men of his day. He had tutored a young Thomas Jefferson in the law, and on September 16, 1787, Jefferson wrote Wythe of “my debt to you for whatever I am myself.” In his funeral oration, William Munford described Wythe as “one of the oldest and best of those venerable fathers of their country,” a shy man of simple tastes who was given to “inflexible republicanism” as a politician and, as a judge, to a “rigid attachment to what appeared to him to be equitable.” He was, Munford concluded, a man of “stern and rigid cast” who nevertheless boasted “undeviating integrity,” even to a fault.

In 1789, Wythe retired from teaching and in 1791 moved from Williamsburg to Richmond. In a house at the southeast corner of Fifth and Grace streets, he lived with his maid Lydia Broadnax, an African American woman Wythe had manumitted in 1787 after inheriting her from his recently deceased wife. Broadnax had purchased her own home by 1797. A free African American man named Michael Brown, born around 1790, lived in the Wythe household, and Wythe tutored him in Greek and Latin. Also in 1797, Wythe manumitted an adult enslaved man named Benjamin, who continued to live with him.

By 1805 George Wythe Sweeney Jr., the grandson of Wythe’s sister, Ann Wythe Sweeney, also lived with Wythe. (In contemporary documents, Sweeney’s name is sometimes rendered Sweeny or Swinney.) It was to Wythe’s generosity in taking in Sweeney that Munford probably referred in his eulogy: “It may be said, indeed, that in one deplorable instance, (which it strikes me with horror to even mention,) [Wythe’s] benevolence was placed on an unworthy subject, and repaid with black ingratitude.”

On the evening of May 24, 1806, George Wythe ate a meal of milk and strawberries. The next morning he consumed what Munford’s son, George Wythe Munford, later called a typically “frugal breakfast,” although what it consisted of remains unclear. Wythe’s neighbor, the lawyer William DuVal, visited later that day and found Wythe, Broadnax, and Brown all to be violently ill. Wythe told his friend that he had been well when he woke up but felt sick after eating.

Two days later, George Wythe Sweeney Jr., known to have had gambling debts, attempted to cash a check for $100 at the Bank of Virginia. Noticing the check to have been signed by George Wythe, the teller confronted Sweeney, who immediately produced money to cover the check. The teller, who contacted the police, later recalled at least six checks bearing Wythe’s forged signature. An officer arrested Sweeney at Wythe’s home either on May 28 or 29, confiscating his knife and patting him down. The officer later testified that he felt two paper-wrapped parcels in Sweeney’s pockets but did not take them. A day or two later, the jailer’s enslaved servant discovered a paper-wrapped package of arsenic in a garden adjacent to the jail, perhaps having been thrown over the jail wall. Two men later testified that several weeks earlier Sweeney had asked them about poisons, and another reported secondhand that, prior to Wythe’s illness, some African Americans had witnessed Sweeney chopping something in Wythe’s workshop, staining an ax yellow in the process. (One of the most common types of arsenic is yellow.)

On June 1, Michael Brown died. Still ill himself, Wythe requested that his friend Edmund Randolph, the former U.S. secretary of state, attorney general, and Virginia governor, draft a codicil to his will disinheriting Sweeney in favor of Sweeney’s siblings. Wythe also requested that his doctors search Sweeney’s room and trunk. They discovered paper of the kind found with arsenic near the jail as well as strawberries that looked to have been treated with a mixture of arsenic and sulfur. Wythe also told his doctor, Samuel McCraw, “Cut me,” which McCraw understood to be a request that an autopsy be performed on Wythe after he died, presumably to establish whether he had been poisoned.

The next day Sweeney appeared before the Richmond Hustings Court on forgery charges. Composed of about half the members of the Richmond City Council, including the mayor and a recorder, the Hustings Court had the power and jurisdiction of a county court. It found sufficient evidence against Sweeney to report his case to the District Court and to hold him on $1,000 bond. Sweeney wrote a letter to Wythe asking for bail money, but Wythe refused.

Wythe died on June 8. On that day DuVal wrote a letter to Wythe’s former student and now U.S. president, Thomas Jefferson, delivering the news and reporting that Wythe had told him, “I am murdered but mentioned no name.” Also that day doctors performed an autopsy and later testified that the state of Wythe’s internal organs was consistent with arsenic poisoning, but also with other ailments. Although one was available, they did not perform a definitive test for the presence of arsenic.

The Richmond Enquirer, edited by Thomas Ritchie, reported on Wythe’s death on June 10, declining to speculate on the causes: “Every situation in life has its rights and duties. Let us therefore respect the rights of the accused.” A week later, a paper in Philadelphia, Pennsylvania, reprinted an undated notice from Petersburg: “It is generally believed, that this patriot [i.e., Wythe], has been brought to the grave, by means, ‘the most foul, base and unnatural,’ and that the accused is to undergo an examination.”

Sweeney appeared before the Richmond Hustings Court on June 23, charged with murdering Michael Brown and George Wythe. Fourteen white men testified against him, including the jailer, the arresting officer, three doctors, two friends with whom Sweeney had allegedly talked about poison, Edmund Randolph, and William DuVal. (Lydia Broadnax, who survived her illness, was legally barred from testifying against a white man.) The court found Sweeney guilty, ordered him to stand trial before the District Court, and remanded him to jail. Later that summer a grand jury indicted Sweeney on two counts of murder and four counts of forgery. 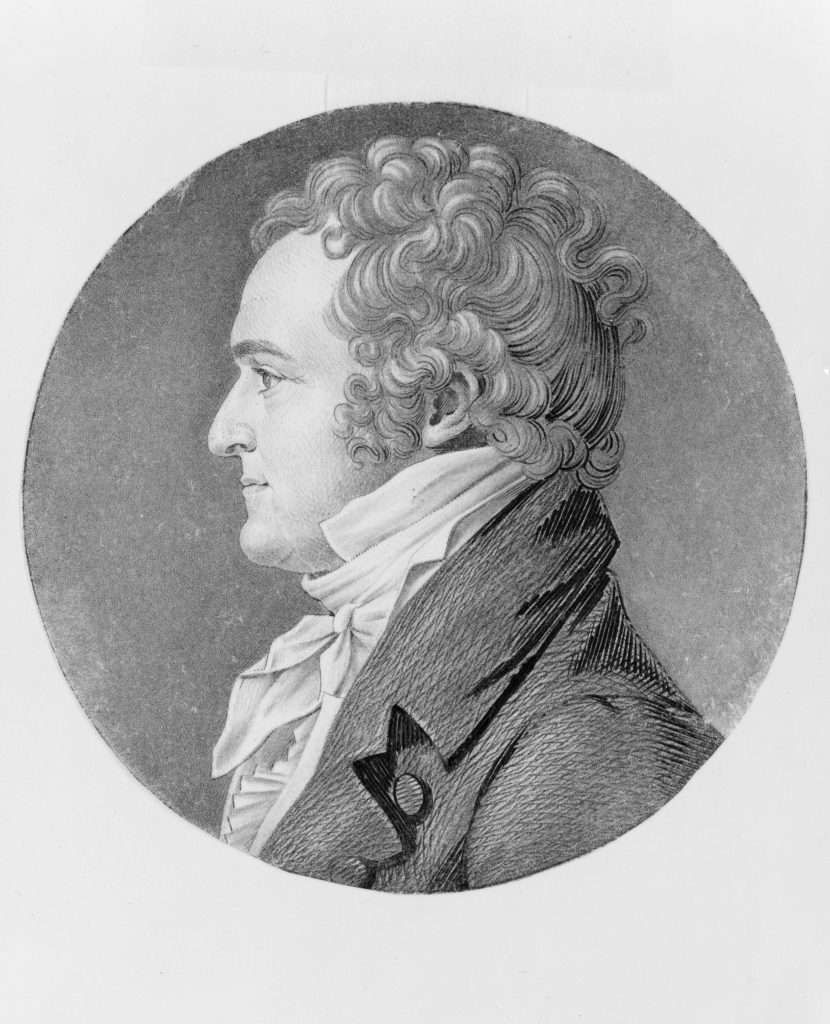 To the surprise of many, two of Wythe’s friends, Edmund Randolph and William Wirt, agreed to defend Sweeney. Wirt, a future U.S. attorney general, wrote his wife on July 13 that at least one of the doctors involved in Wythe’s autopsy had changed his mind about the cause of death, attributing it to excess bile and not poison. “I had concluded that his innocence was possible,” Wirt wrote, “and, therefore, that it would not be so horrible a thing to defend him as, at first, I had thought it.”

On September 2, the Richmond District Court, with the judges Joseph Prentis and John Tyler Sr. presiding, heard the murder case against Sweeney. If found guilty, Sweeney would likely be hanged. The state attorney general, Philip Norborne Nicholas, argued for the prosecution, Randolph and Wirt for the defense in what the Richmond Enquirer called “an able and eloquent discussion.” (The official records of the proceedings have been lost.) That same day the jury found Sweeney not guilty of murdering Wythe, after which, according to the Enquirer, the indictment for murdering Michael Brown “was quashed without a trial.” 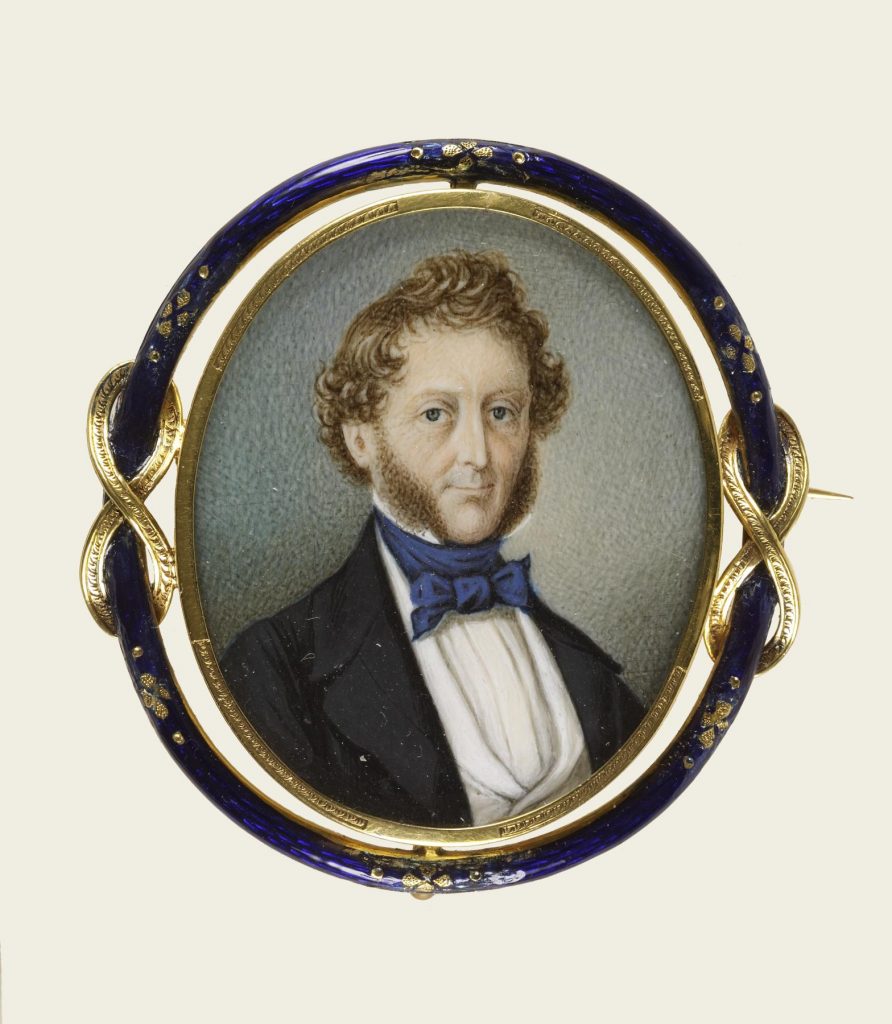 It may have been that one of Wythe’s doctors changed his testimony about the likelihood of poisoning as a cause of death, although Wythe’s established history of bowel troubles explained neither the illness of Lydia Broadnax nor the death of Michael Brown. And certainly Wythe’s own suspicions of Sweeney must have carried weight. Sweeney was a gambler and many believed that he had cashed the forged checks to cover debts and, believing himself about to be caught, decided to kill Wythe. A not entirely reliable account published in 1852 by Benjamin B. Minor, the former editor of the Southern Literary Messenger, suggested that Sweeney had actually intended only to kill Brown because he stood to inherit money from Wythe. A long letter to Minor from Wythe’s former student, the U.S. senator Henry Clay, is included in the same account and argues that Sweeney intended to kill everyone in Wythe’s household.

In reporting on the case, the Enquirer complained that Sweeney might have been convicted but for the prohibition of testimony against him from African Americans, a claim that was reprinted in many newspapers across the nation. This does not explain, however, how Sweeney was convicted by the Hustings Court without such testimony. In the event, as the historian W. Edwin Hemphill has pointed out, no witness testified to having seen Sweeney actually poison anyone; all the evidence was circumstantial.

On September 3, the jury heard the case against Sweeney for forgery and convicted him on two of the four counts. He was sentenced to spend an hour in the public pillory and six months in prison, but Wirt asked the judges to delay or refrain from carrying out the sentence. He argued that the law’s specific wording prohibited illegal acts such as those allegedly committed by Sweeney, but only against “private individuals” and not against a bank. On November 17, the General Court granted that request on one of the counts but not the other. Rather than carry out the sentence, however, the District Court apparently granted Sweeney another trial, which the state declined to prosecute. On December 31, the General Assembly passed “An ACT to punish certain thefts and forgeries,” designed to close the loophole exploited by Sweeney’s defense. Sweeney himself apparently left Virginia.