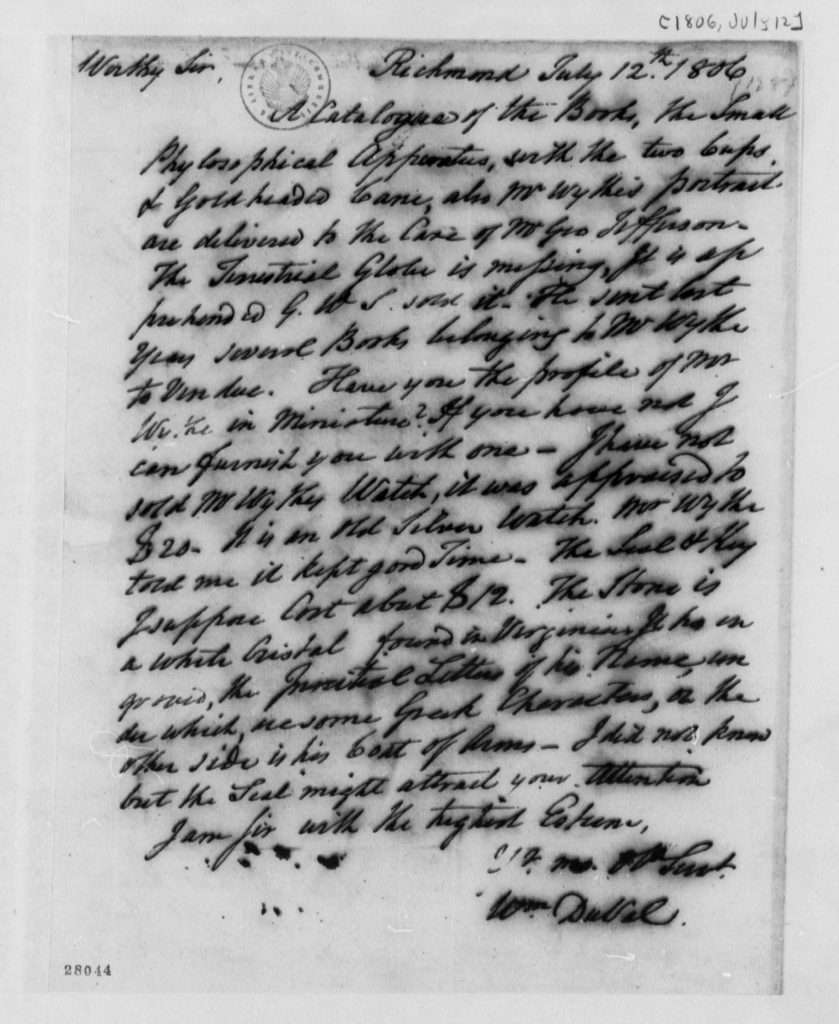 A Catalogue of the Books, the Small Phylosophical Apparatus, with the two Cups, & Goldheaded Cane, also Mr Wythe's Portrait, are delivered to the Care of Mr Geo Jefferson. The Terrestrial Globe is missing, It is apprehended G.WS. sold it. he sent last year several Books belonging to Mr Wythe to vendue. Have you the profile of Mr Wythe in Miniature? If you have not I can furnish you with one—I have not sold Mr Wythes Watch, it was appraised to $20. It is an old Silver Watch. Mr Wythe told me it kept good time. The Seal & Key I suppose Cost about $12. The Stone is a white Cristal found in Virginia. It has engraved, the Innitial Letters of his Name, under which, are some Greek Characters, on the other side is his Coat of Arms—I did not know but the Seal might attract your Attention

I am Sir with the highest Esteem, Yr. mo. Ob Servt.