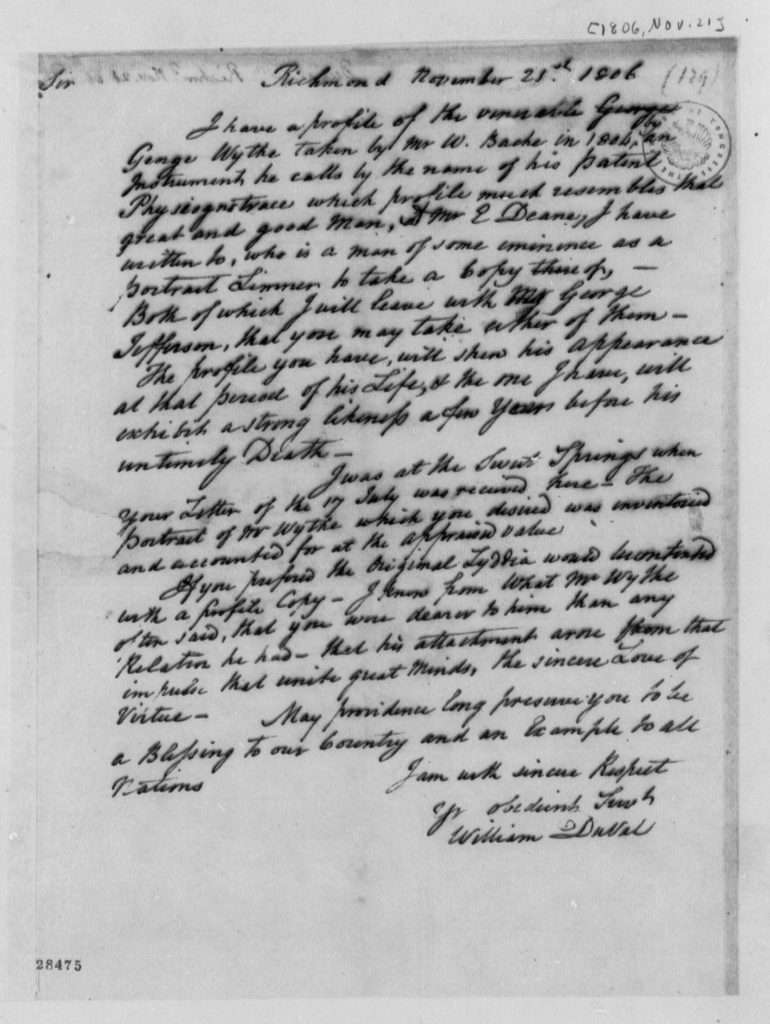 I have a profile of the venerable George Wythe taken by Mr W. Bache in 1804 by an Instrument he calls by the name of his Patent Physiognotrace which profile much resembles that great and good Man, & Mr E Deane, I have written to, who is a man of some eminence as a Portrait Limner to take a Copy thereof,—Both of which I will leave with Mr George Jefferson, that you may take either of them—The profile you have, will shew his Appearance at that period of his Life, & the one I have, will exhibit a strong likeness a few Years before his untimely Death—

If you prefered the Original Lyddia would be contented with a profile Copy—I know from what Mr Wythe often said, that you were dearer to him than any Relation he had—that his attachment arose from that impulse that unite great Minds, the sincere Love of Virtue—

I am with sincere Respect Yr obedient Servt