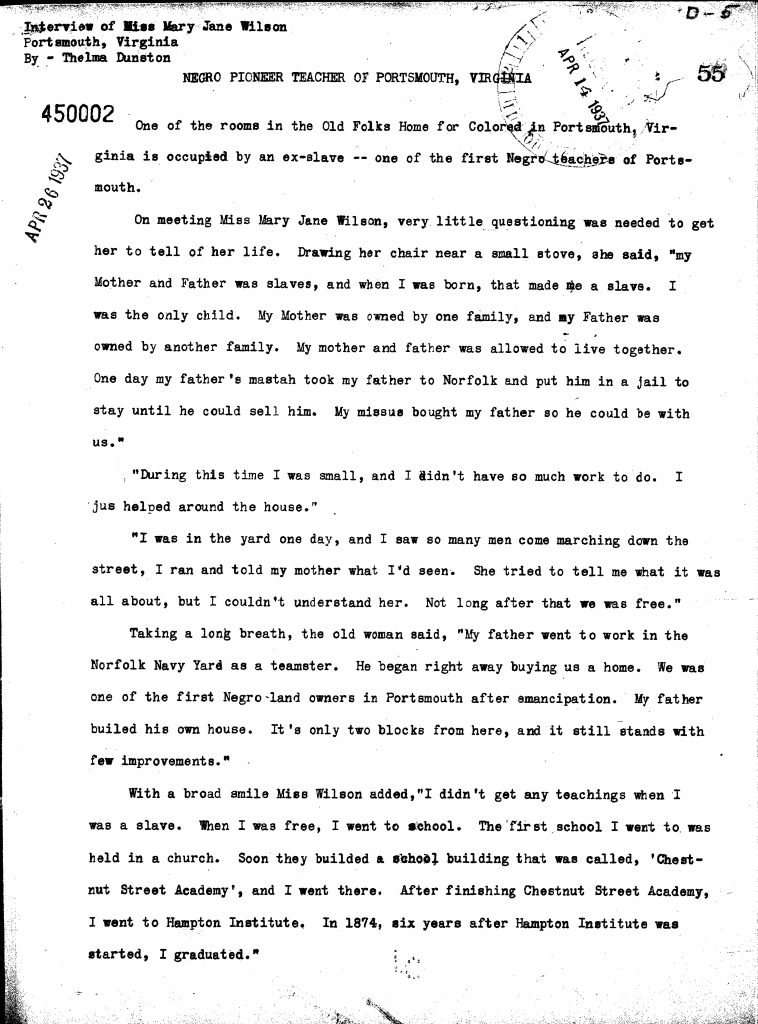 One of the rooms in the Old Folks Home for Colored in Portsmouth, Virginia is occupied by an ex-slave—one of the first Negro teachers of Portsmouth.

On meeting Miss Mary Jane Wilson, very little questioning was needed to get her to tell of her life. Drawing her chair near a small stove, she said, “my Mother and Father was slaves, and when I was born, that made me a slave. I was the only child. My Mother was owned by one family, and my Father was owned by another family. My mother and father was allowed to live together. One day my father’s mastah took my father to Norfolk and put him in a jail to stay until he could sell him. My missus bought my father so he could be with us.”

“During this time I was small, and I didn’t have so much work to do. I jus helped around the house.”

“I was in the yard one day, and I saw so many men come marching down the street, I ran and told my mother what I’d seen. She tried to tell me what it was all about, but I couldn’t understand her. Not long after that we was free.”

Taking a long breath, the old woman said, “My father went to work in the Norfolk Navy Yard as a teamster. He began right away buying us a home. We was one of the first Negro land owners in Portsmouth after emancipation. My father builed his own house. It’s only two blocks from here, and it still stands with few improvements.” 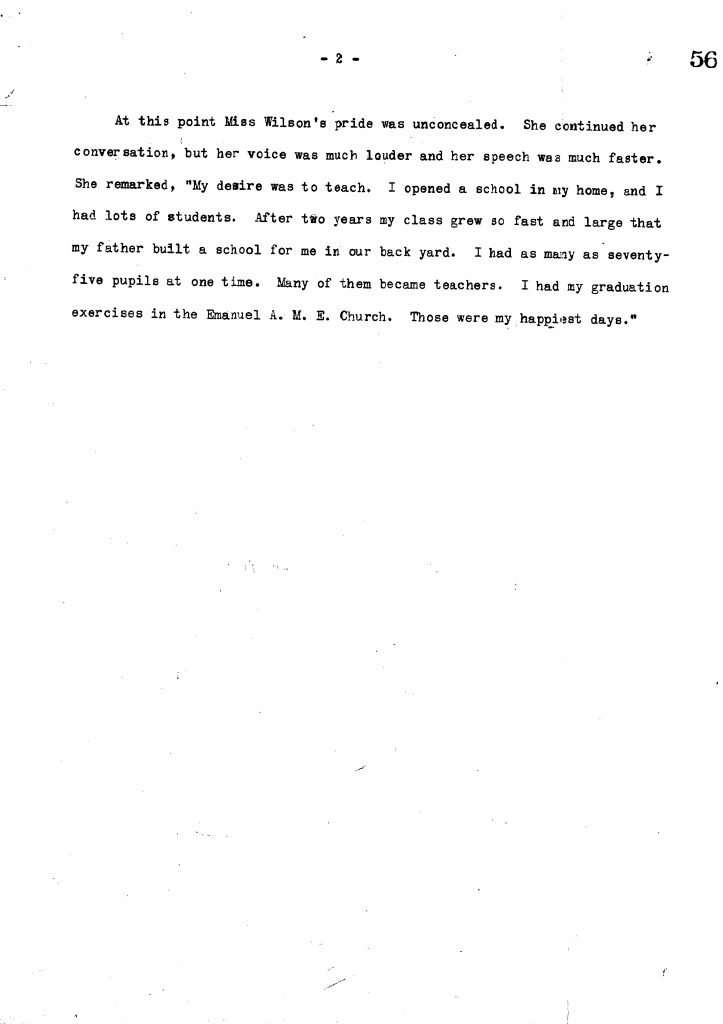 At this point Miss Wilson’s pride was unconcealed. She continued her conversation, but her voice was much louder and her speech was much faster. She remarked, “My desire was to teach. I opened a school in my home, and I had lots of students. After two years my class grew so fast and large that my father built a school for me in our back yard. I had as many as seventy-five pupils at one time. Many of them became teachers. I had my graduation exercises in the Emanuel A. M. E. Church. Those were my happiest days.”