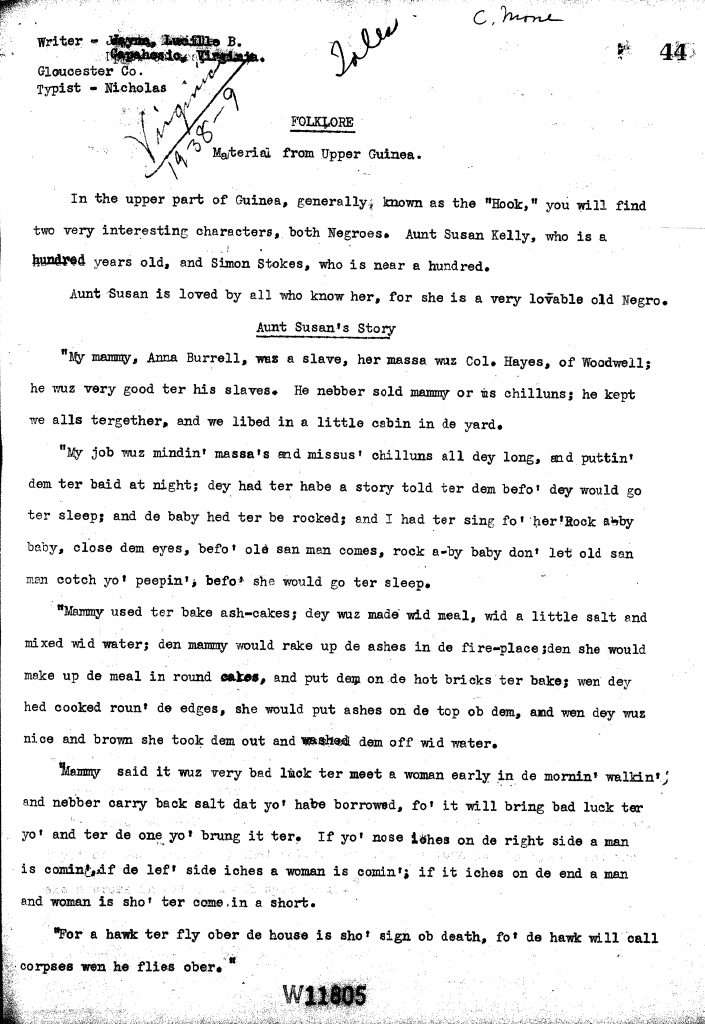 In the upper part of Guinea, generally, known as the “Hook,” you will find two very interesting characters, both Negroes. Aunt Susan Kelly, who is a hundred years old, and Simon Stokes, who is near a hundred.

Aunt Susan is loved by all who know her, for she is a very lovable old Negro.

“My mammy, Anna Burrell, was a slave, her massa was Col. Hayes, of Woodwell; he wuz very good ter his slaves. He nebber sold mammy or us chilluns; he kept we alls tergether, and we libed in a little cabin in de yard.

“Mammy said it wuz very bad luck ter meet a woman early in de mornin’ walkin’; and nebber carry back salt dat yo’ habe borrowed, fo’ it wll bring bad luck ter yo’ and ter de one yo’ brung it ter. If yo’ nose iches on de right side a man is comin’, if de lef’ side iches a woman is comin’; if it iches on de end a man and woman is sho’ ter come in a short. 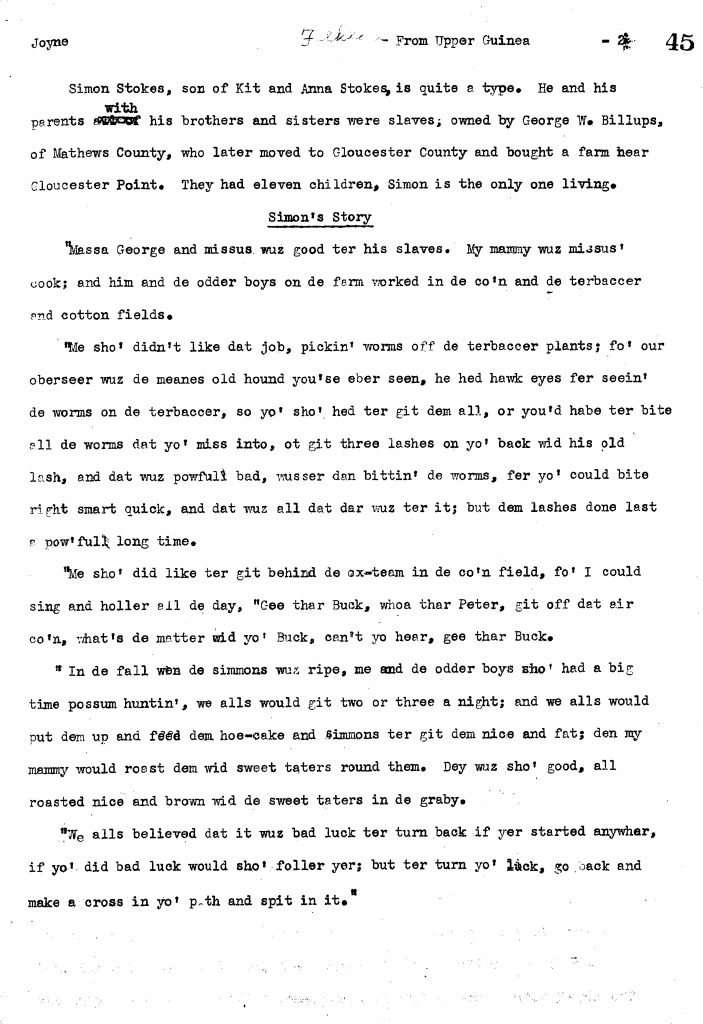 Simon Stokes, son of Kit and Anna Stokes, is quite a type. He and his parents with his brothers and sisters were slaves; owned by George W. Billups, of Mathews County, who later moved to Gloucester County and bought a farm near Gloucester Point. They had eleven children, Simon is the only one living.

“Massa George and missus wuz good ter his slaves. My mammy wuz missus’ cook; and him and de odder boys on de farm worked in do co’n and de terbaccer and cotton fields.

“In de fall wen de simmons wuz ripe, me and de odder boys sho’ had a big time possum huntin’, we alls would git two or three a night; and we alls would put dem up and feed dem hoe-cake and Simmons ter git dem nice and fat; den my mammy would roast dem wid sweet taters round them. Dey wuz sho’ good, all roasted nice and brown wid de sweet taters in de graby.

“We alls believed dat it wuz bad luck ter turn back if yer started anywhar, if yo’ did bad luck would sho’ foller yer; but ter turn yo’ luck, go back and make a cross in yo’ path and spit in it.”