Skip to content
Author: Philip H. SheridanTranscription Source: The War of the Rebellion: a Compilation of the Official Records of the Union and Confederate Armies 46, part I, chap. 58 (Washington, D.C.: Government Printing Office, 1894), 474–475, 477.
FULL TEXT 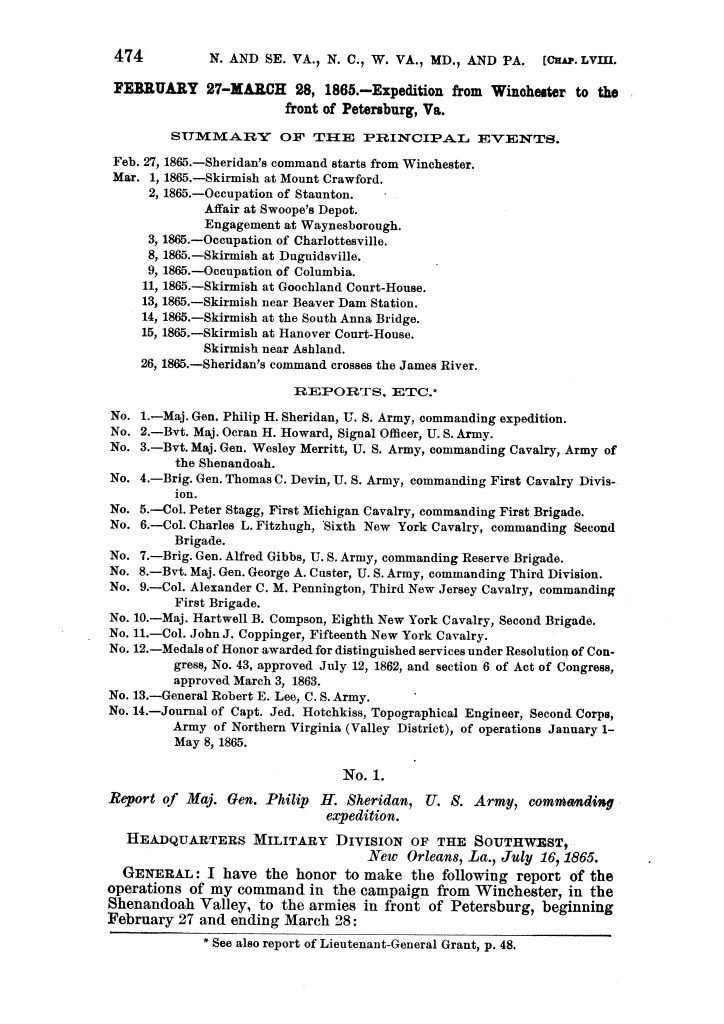 Headquarters Military Division of the Southwest,

General: I have the honor to make the following report of the operations of my command in the campaign from Winchester, in the Shenandoah Valley, to the armies in front of Petersburg, beginning February 27 and ending March 28: 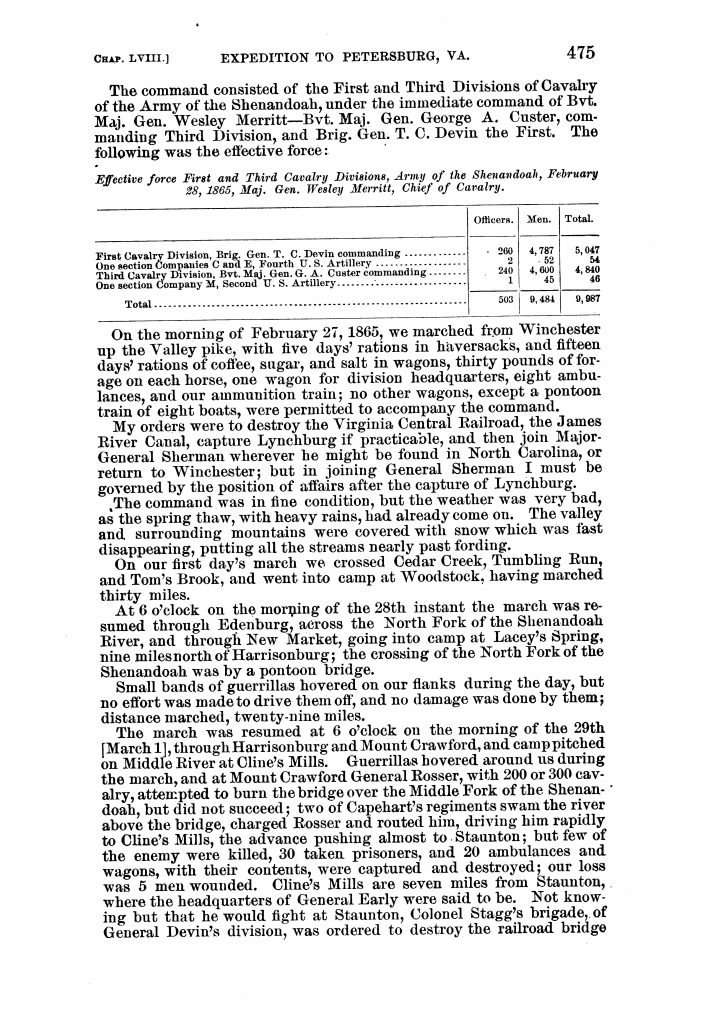 The command consisted of the First and Third Divisions of Cavalry of the Army of the Shenandoah, under the immediate command of Bvt. Maj. Gen. Wesley Merritt—Bvt. Maj. Gen. George A. Custer, commanding Third Division, and Brig. Gen. T. C. Devin the First. The following was the effective force:

On the morning of February 27, 1865, we marched from Winchester up the Valley pike, with five days' rations in haversacks, and fifteen days' rations of coffee, sugar, and salt in wagons, thirty pounds of forage on each horse, one wagon for division headquarters, eight ambulances, and our ammunition train; no other wagons, except a pontoon train of eight boats, were permitted to accompany the command.

My orders were to destroy the Virginia Central Railroad, the James River Canal, capture Lynchburg if practicable, and then join Major-General [William T.] Sherman wherever he might be found in North Carolina, or return to Winchester; but in joining Sherman I must be governed by the position of affairs after the capture of Lynchburg.

The command was in fine condition, but the weather was very bad, as the spring thaw, with heavy rains, had already come on. The valley and surrounding mountains were covered with snow which was fast disappearing, putting all the streams nearly past fording. 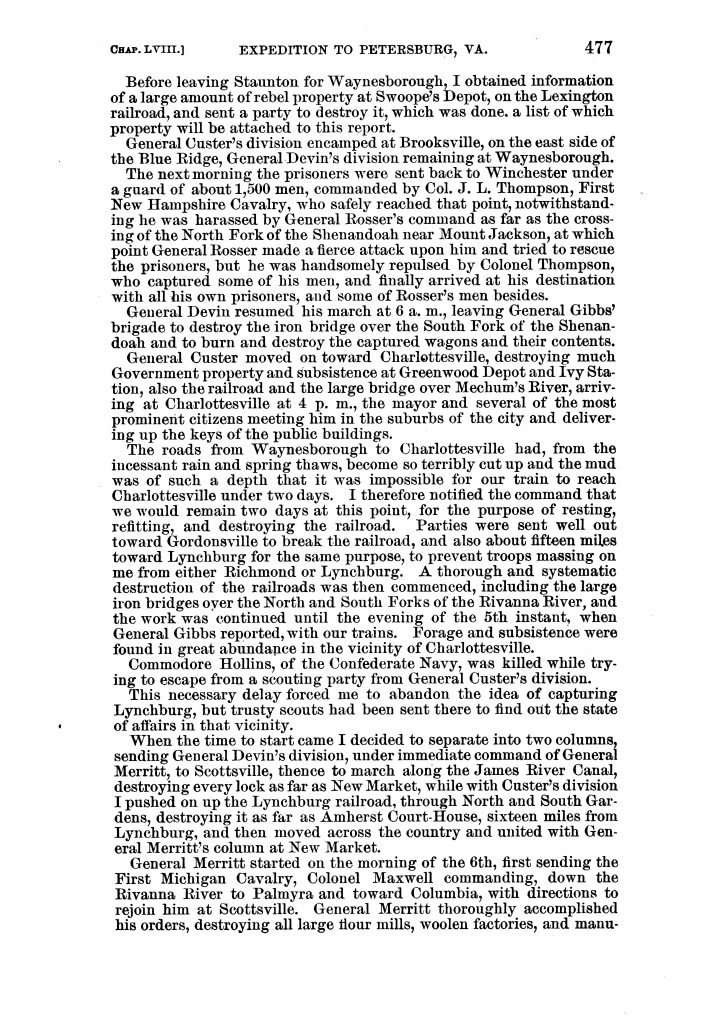 General Custer moved on toward Charlottesville, destroying much Government property and subsistence at Greenwood Depot and Ivy Station, also the railroad and the large bridge over Mechum's River, arriving at Charlottesville at 4 p. m., the mayor and several of the most prominent citizens meeting him in the suburbs of the city and delivering up the keys of the public buildings.

The roads from Waynesborough to Charlottesville had, from the incessant rain and spring thaws, become so terribly cut up and the mud was of such a depth that it was impossible for our train to reach Charlottesville under two days. I therefore notified the command that we would remain two days at this point, for the purpose of resting, refitting, and destroying the railroad. Parties were sent well out toward Gordonsville to break the railroad, and also about fifteen miles toward Lynchburg for the same purpose, to prevent troops from massing on me from either Richmond or Lynchburg. A thorough and systematic destruction of the railroads was then commenced, including the large iron bridges over the North and South Forks of the Rivanna River, and the work was continued until the evening of the 5th instant, when General [Alfred] Gibbs reported, with our trains. Forage and subsistence were found in great abundance in the vicinity of Charlottesville.