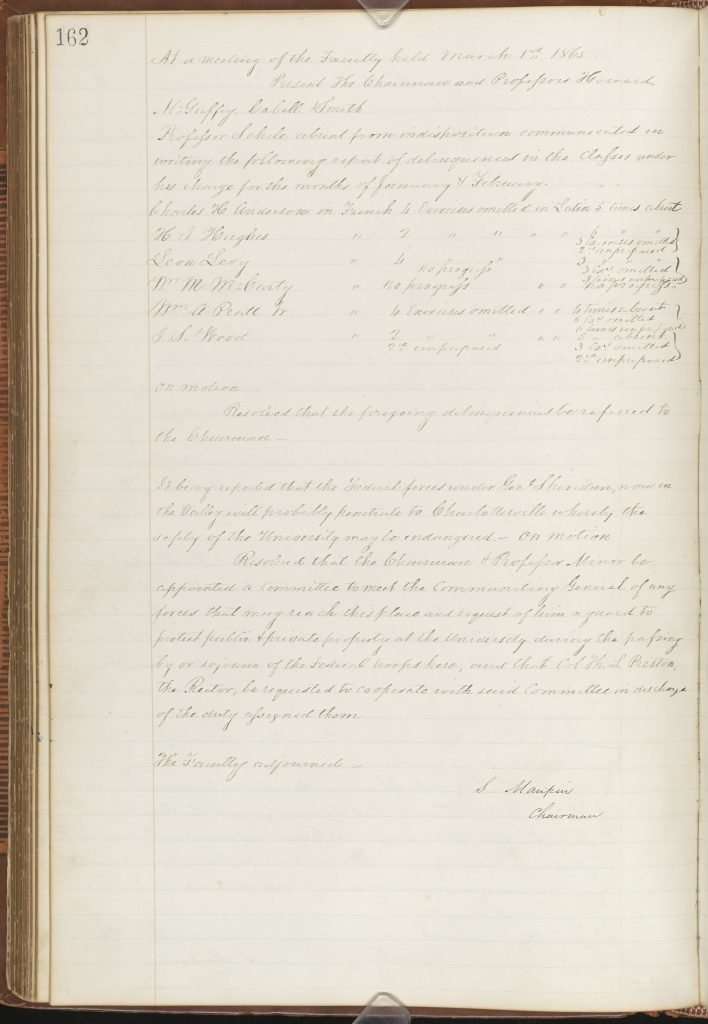 Professor [Maximilian] Schele [de Vere] absent from indisposition communicated in writing the following report of delinquencies in the classes under his charge for the months of January & February.

It being reported that the Federal forces under Genl [Philip] Sheridan, now in the [Shenandoah] Valley will probably penetrate to Charlottesville whereby the safety of the University may be endangered—on motion

Resolved that the Chairman & Professor [John B.] Minor be appointed a committee to meet the commanding General of any forces that may reach this place and request of him a guard to protect public & private property at the University during the passing by or sojourn of the Federal troops here, and that Col Th. L. Preston, the Rector, be requested to cooperate with said Committee in discharging of the duty assigned them.