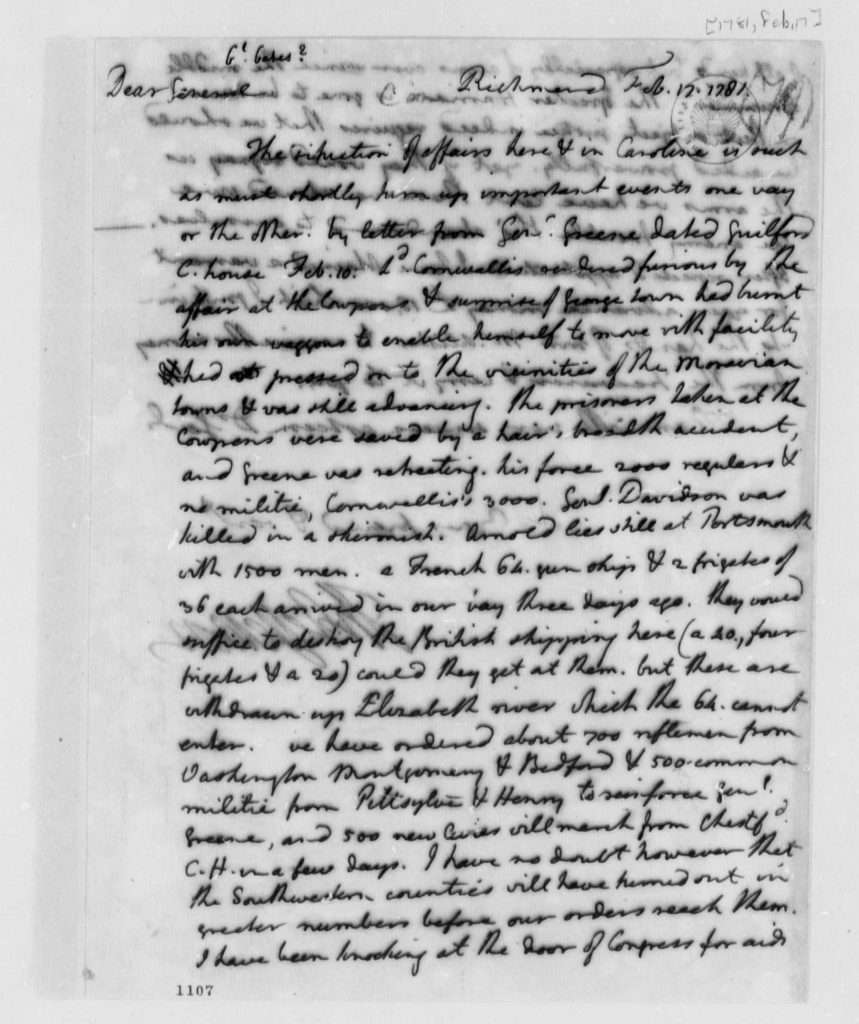 The situation of affairs here and in Caroline is such as must shortly turn up important events one way or the other. By letter from Genl. Greene dated Guilford C. house Feb. 10. Ld. Cornwallis rendered furious by the affair at the Cowpens and surprise of George town had burnt his own waggons to enable himself to move with facility, had pressed on to the vicinities of the Moravian towns and was still advancing. The prisoners taken at the Cowpens were saved by a hair’s breadth accident, and Greene was retreating. His force 2000 regulars and no militia, Cornwallis’s 3000. Genl. Davidson was killed in a skirmish. Arnold lies still at Portsmouth with 1500 men. A French 64. gun ship and 2 frigates of 36 each arrived in our bay three days ago. They would suffice to destroy the British shipping here (a 40., four frigates and a 20) could they get at them. But these are withdrawn up Elizabeth river which the 64. cannot enter. We have ordered about 700 riflemen from Washington Montgomery and Bedford and 500 common militia from Pittsylva. and Henry to reinforce Genl. Greene, and 500 new levies will march from Chestfd. C. H. in a few days. I have no doubt however that the Southwestern counties will have turned out in greater numbers before our orders reach them. I have been knocking at the door of Congress for aids 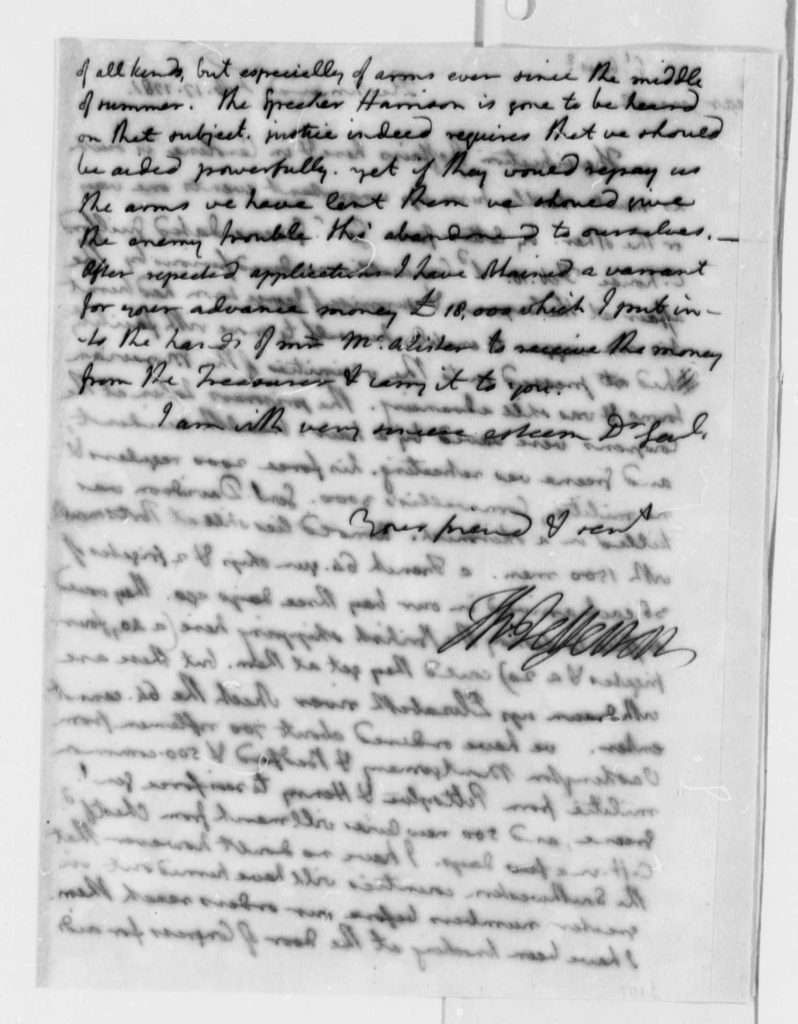 of all kinds, but especially of arms ever since the middle of summer. The Speaker Harrison is gone to be heard on that subject. Justice indeed requires that we should be aided powerfully. Yet if they would repay us the arms we have lent them we should give the enemy trouble tho’ abandoned to ourselves.—After repeated applications I have obtained a warrant for your advance money £18,000 which I put into the hands of Mr. McAlister to receive the money from the Treasurer and carry it to you.

I am with very sincere esteem Dr Genl. Your friend & servt,