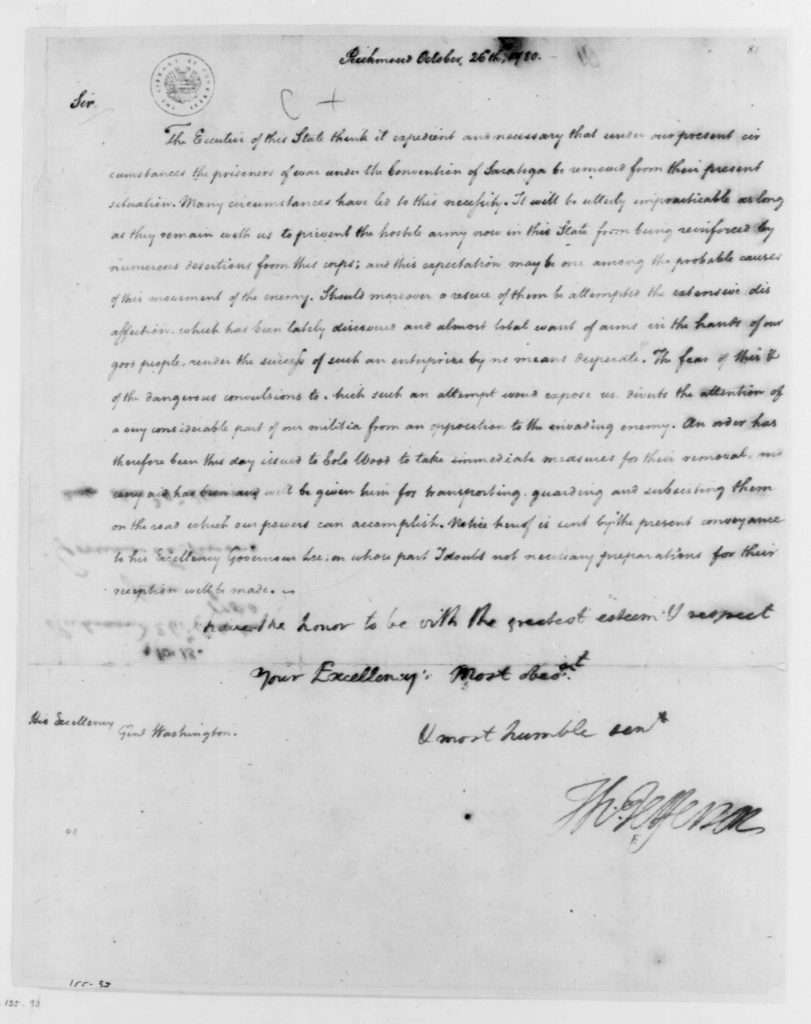 The Executive of this State think it expedient and necessary that under our present circumstances the prisoners of war under the Convention of Saratoga be removed from their present situation. Many circumstances have led to this necessity. It will be utterly impracticable as long as they remain with us to prevent the hostile army now in this State from being reinforced by numerous desertions from this corps; and this expectation may be one among the probable causes of this movement of the enemy. Should moreover a rescue of them be attempted the extensive disaffection, which has been lately discovered and almost total want of arms in the hands of our good people, render the success of such an enterprize by no means desperate. The fear of this & of the dangerous convulsions to which such an attempt would expose us, diverts the attention of a very considerable part of our militia from an opposition to the invading enemy. An order has therefore been this day issued to Colo. Wood to take immediate measures for their removal, and every aid has been and will be given him for transporting, guarding and subsisting them on the road which our powers can accomplish. Notice hereof is sent by the present conveyance to his Excellency Governour Lee; on whose part I doubt not necessary preparations for their reception will be made. I have the honor to be with the greatest esteem & respect Your Excellency’s Most obedt & most humble sert