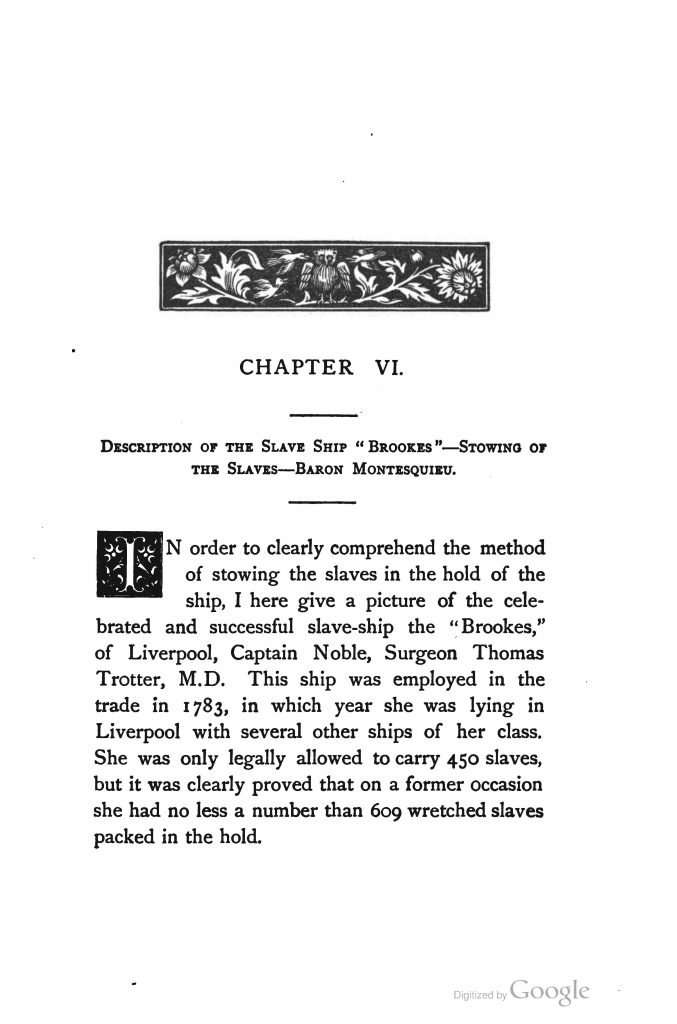 In order to clearly comprehend the method of stowing the slaves in the hold of the ship, I here give a picture of the celebrated and successful slave-ship the “Brookes,” of Liverpool, Captain Noble, Surgeon Thomas Trotter, M.D. This ship was employed in the trade in 1783, in which year she was lying in Liverpool with several other ships of her class. She was only legally allowed to carry 450 slaves, but it was clearly proved that on a former occasion she had no less a number than 609 wretched slaves packed in the hold. […] 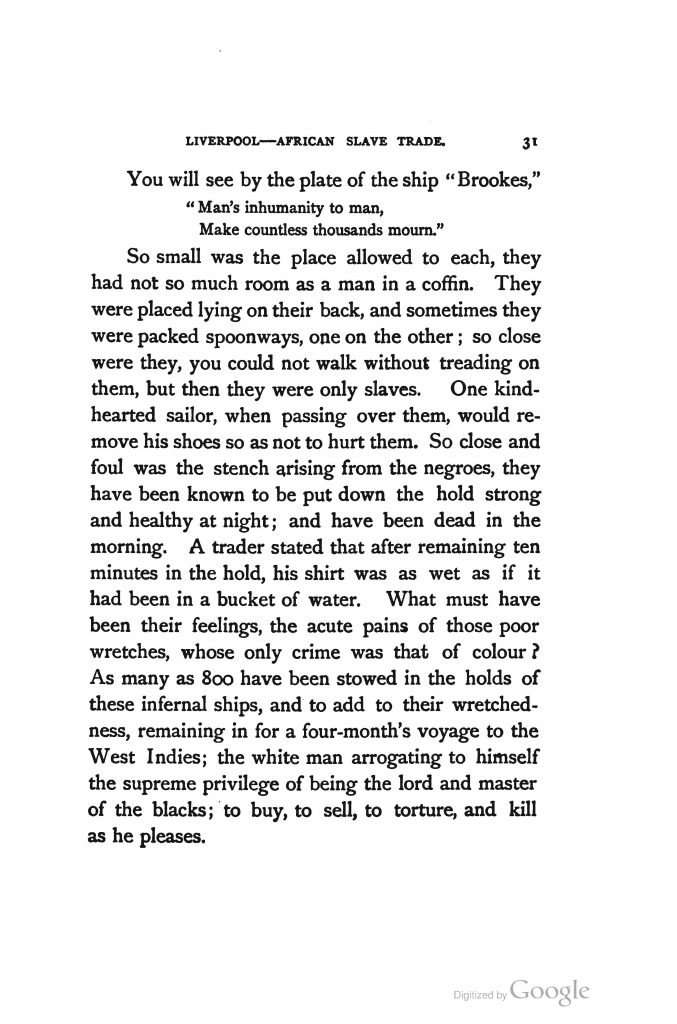 You will see by the plate of the ship “Brookes,”

So small was the place allowed to each, they had not so much room as a man in a coffin. They were placed lying on their back, and sometimes they were packed spoonways, one on the other; so close were they, you could not walk without treading on them, but then they were only slaves. One kind-hearted sailor, when passing over them, would remove his shoes so as not to hurt them. So close and foul was the stench arising from the negroes, they have been known to be put down the hold strong and healthy at night; and have been dead in the morning. A trader stated that after remaining ten minutes in the hold, his shirt was as wet as if it had been in a bucket of water. What must have been their feelings, the acute pains of those poor wretches, whose only crime was that of colour? As many as 800 have been stowed in the holds of these infernal ships, and to add to their wretchedness, remaining in for a four-month’s voyage to the West Indies; the white man arrogating to himself the supreme privilege of being the lord and master of the blacks; to buy, to sell, to torture, and kill as he pleases. 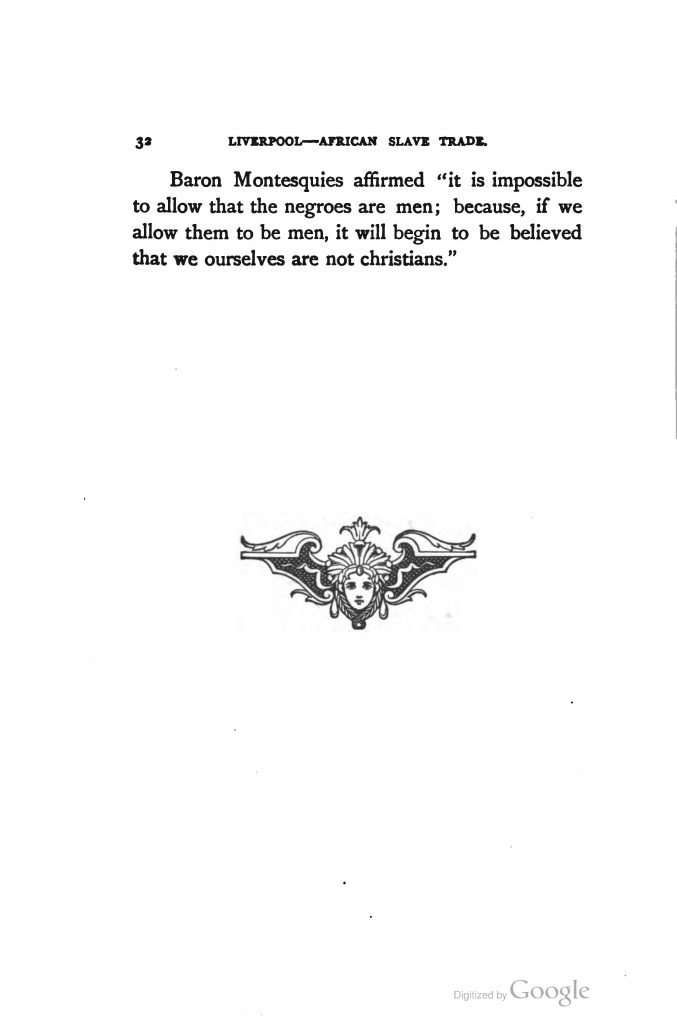 Baron Montesquies affirmed “it is impossible to allow that the negroes are men; because, if we allow them to be men, it will begin to be believed that we ourselves are not christians.”

RELATED CONTENT
Categories:
Type:
MAP
TIMELINE
1884
An anonymous writer in Liverpool, England, publishes Liverpool and Slavery: An Historical Account of the Liverpool-African Slave Trade, identifying himself only as "a Genuine 'Dicky Sam." The book serves as a chronicle of the Liverpool slave trade.
FURTHER READING