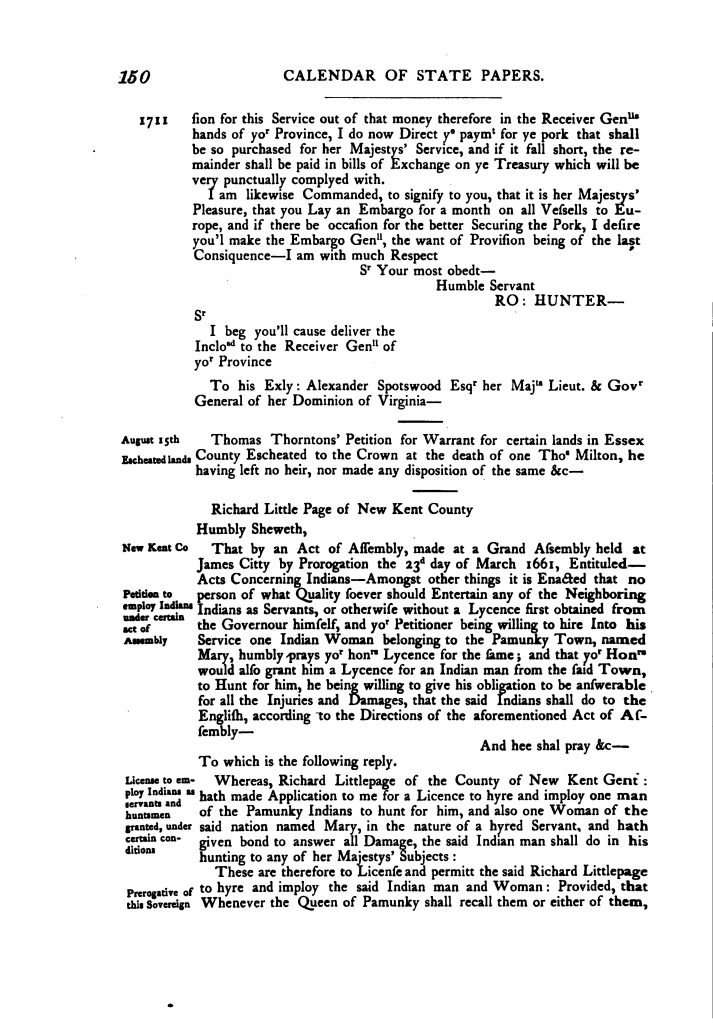 That by an Act of Assembly held at James Citty by Prorogation the 23d day of March 1661, Entituled—Acts Concerning Indians—Amongst other things it is Enacted that no person of what Quality soever should Entertain any of the Neighboring Indians as Servants, or otherwise without a Lycence first obtained from the Governour himself, and your Petitioner being willing to hire Into his Service one Indian Woman belonging to the Pamunky Town, named Mary, humbly prays your honors Lycence for the same; and that your Honors would also grant him a Lycence for an Indian man from the said Town, to Hunt for him, he being willing to give his obligation to be answerable for all the Injuries and Damages, that the said Indians shall do to the English, according to the Directions of the aforementioned Act of Assembly—

To which is the following reply.

Whereas, Richard Littlepage of the County of New Kent Gent: hath made Application to me for a Licence to hyre and imploy one man of the Pamunky Indians to hunt for him, and also one Woman of the said nation named Mary, in the nature of a hyred Servant, and hath given bond to answer all Damage, the said Indian man shall do in his hunting to any of her Majestys’ Subjects:

These are therefore to License and permitt the said Richard Littlepage to hyre and imploy the said Indian man and Woman: Provided, that Whenever the Queen of Pamunky shall recall them or either of them, 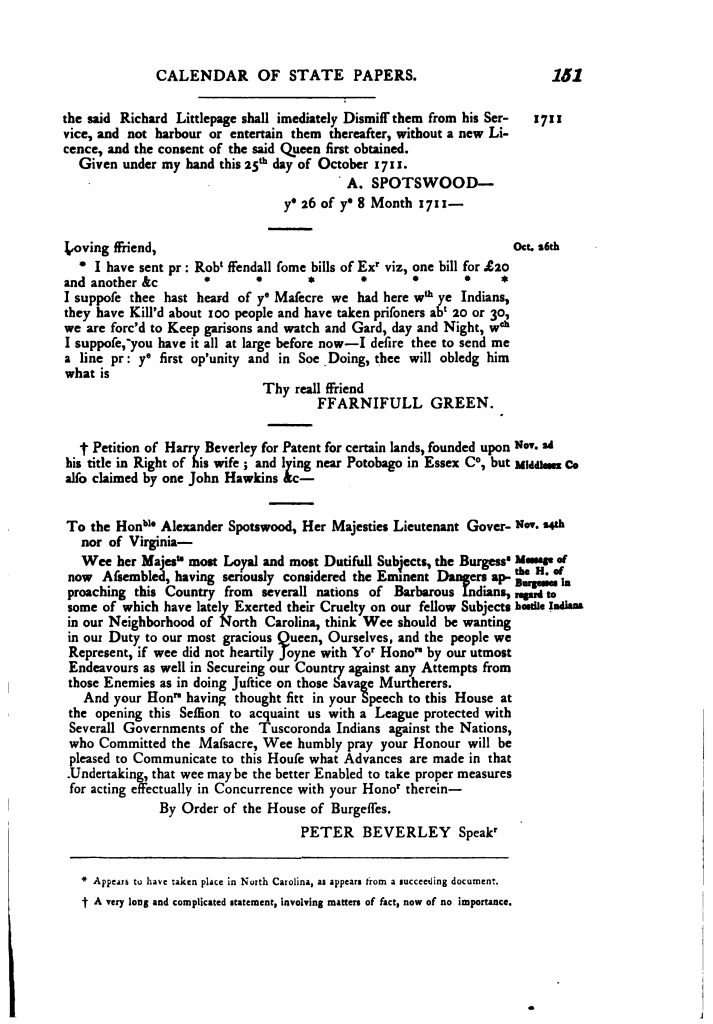 the said Richard Littlepage shall imediately Dismiss them from his Service, and not harbor or entertain them thereafter, without a new Licence, and the consent of the said Queen first obtained.

Indenture between the Four Adventurers of Berkeley Hundred and Robert Coopy of North Nibley (1619) Contract to Provide Indentured Servant (1654) The Duties of Servants and Masters; an excerpt from The Whole Duty of Man (1658) “Concerning Indians” (1661) Contract for Servant without an Indenture (1665) Contract to Teach Indentured Servant a Trade (1680) “Of Servants and Slaves in Virginia”; an excerpt from The History of Virginia by Robert Beverley (1722) Contract and Recommendation for William Buckland (1755; 1759)