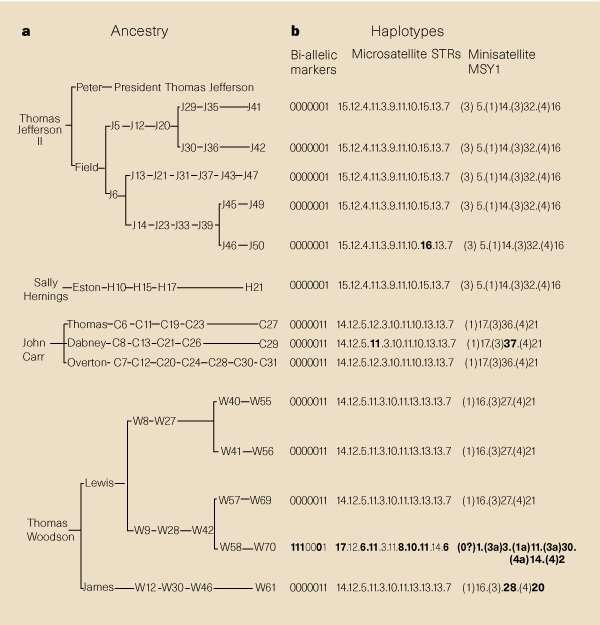 Seven bi-allelic markers (refs 7–12), eleven microsatellites ( ref. 13) and the mini-satellite MSY1 (ref. 14) were analysed (Fig. 1b). Four of the five descendants of Field Jefferson shared the same haplotype at all loci, and the fifth differed by only a single unit at one microsatellite locus, probably a mutation. This haplotype is rare in the population, where the average frequency of a microsatellite haplotype is about 1.5 per cent. Indeed, it has never been observed outside the Jefferson family, and it has not been found in 670 European men (more than 1,200 worldwide) typed with the microsatellites or 308 European men (690 worldwide) typed with MSY1.