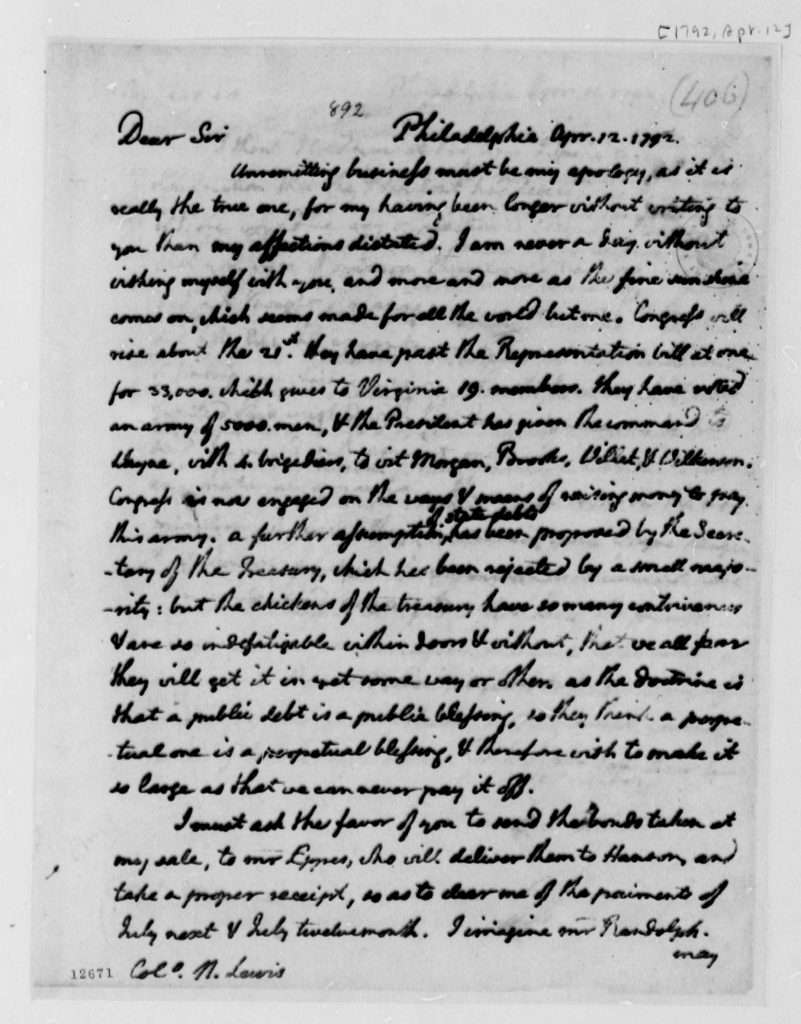 Unremitting business must be my apology, as it is really the true one, for my having been longer without writing to you than my affections dictated. I am never a day without wishing myself with you, and more and more as the fine sun shine comes on, which seems made for all the world but me. Congress will rise about the 21st. They have past the Representation bill at one for 33,000. which gives to Virginia 19. members. They have voted an army of 5000. men, and the President has given the command to Wayne, with 4. brigadiers, to wit Morgan, Brooks, Willet, and Wilkinson. Congress is now engaged on the ways and means of raising money to pay this army. A further assumption of state debts has been proposed by the Secretary of the Treasury, which has been rejected by a small majority: but the chickens of the treasury have so many contrivances and are so indefatigable within doors and without, that we all fear they will get it in yet some way or other. As the doctrine is that a public debt is a public blessing, so they think a perpetual one is a perpetual blessing, and therefore wish to make it so large as that we can never pay it off.

I must ask the favor of you to send the bonds taken at my sale, to Mr. Eppes, who will deliver them to Hanson, and take a proper receipt, so as to clear me of the paiments of July next and July twelvemonth. I imagine Mr. Randolph 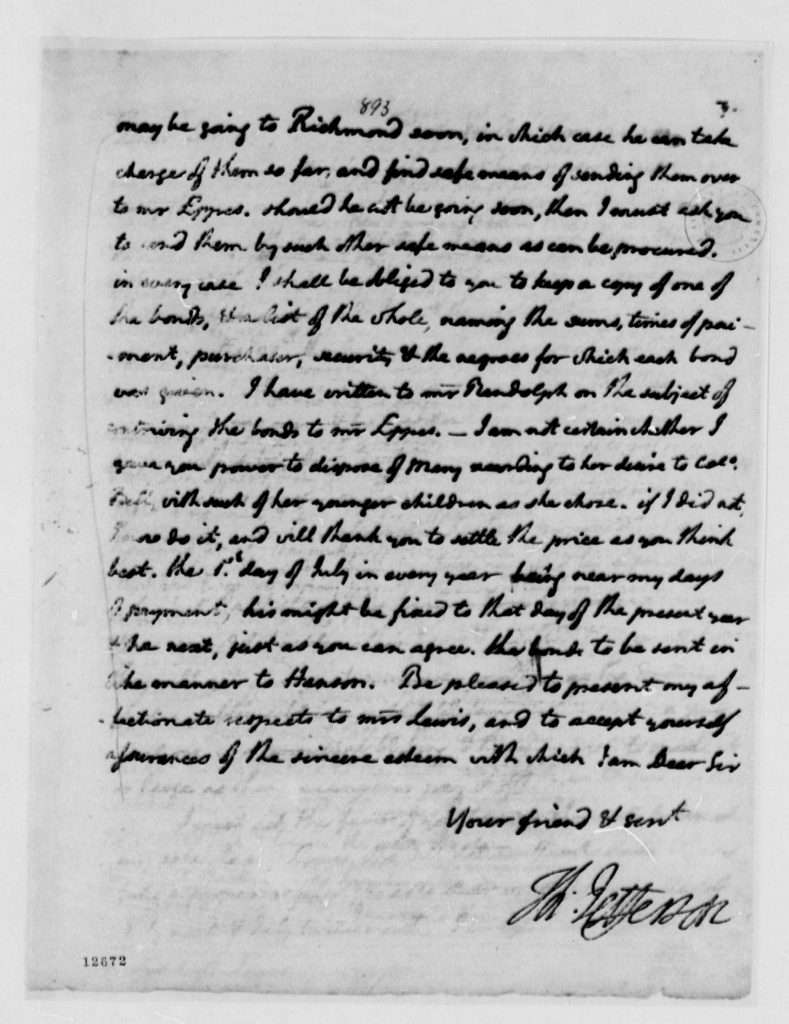 may be going to Richmond soon, in which case he can take charge of them so far, and find safe means of sending them over to Mr. Eppes. Should he not be going soon, then I must ask you to send them by such other safe means as can be procured. In every case I shall be obliged to you to keep a copy of one of the bonds, and a list of the whole, naming the sums, times of paiment, purchaser, security and the negroes for which each bond was given. I have written to Mr. Randolph on the subject of contriving the bonds to Mr. Eppes.—I am not certain whether I gave you power to dispose of Mary according to her desire to Colo. Bell, with such of her younger children as she chose. If I did not, I now do it, and will thank you to settle the price as you think best. The 1st. day of July in every year being near my days of payment, his might be fixed to that day of the present year and the next, just as you can agree. The bonds to be sent in like manner to Hanson. Be pleased to present my affectionate respects to Mrs. Lewis, and to accept yourself assurances of the sincere esteem with which I am Dear Sir Your friend & servt,

RELATED CONTENT
Categories:
Type:
MAP
TIMELINE
April 12, 1792
In a letter to Nicholas Lewis, Thomas Jefferson empowers his manager at Monticello to sell the slave Mary Hemings to the Charlottesville merchant Thomas Bell, with whom she entered into a relationship while Jefferson was in France.
FURTHER READING