Dinsmore was born in 1771 or 1772, probably in County Antrim, Ireland, the home of his parents, Andrew Dinsmore and his first wife, whose name is unrecorded. At least three of his brothers and two of his sisters also immigrated to the United States. Nothing is known of Dinsmore’s training or career before he became a naturalized American citizen on June 5, 1798, in Philadelphia. It was there that Thomas Jefferson acquired his services as a master joiner for his many architectural projects. Dinsmore’s tools, purchased in Philadelphia at Jefferson’s expense, were sent to Monticello, and that October, Jefferson paid his travel expenses to Charlottesville.

For the next decade Dinsmore lived and worked at Monticello, where he was responsible for much of the woodwork in the house, including doors, windows, floors, paneling, and such decorative work as cornices, mantels, moldings, and railings. He also constructed mahogany furniture and a carriage. During Jefferson’s absences Dinsmore supervised the construction work and had responsibility for the accounts of the plantation’s nailery. After completing work at Monticello in 1809, Dinsmore and John Neilson, a joiner who had worked for Jefferson since 1804, left for Montpelier, the Orange County plantation of James Madison. Until 1812 they were the craftsmen primarily responsible for the expansion of the house and the addition of many classical details, including a Doric garden temple. 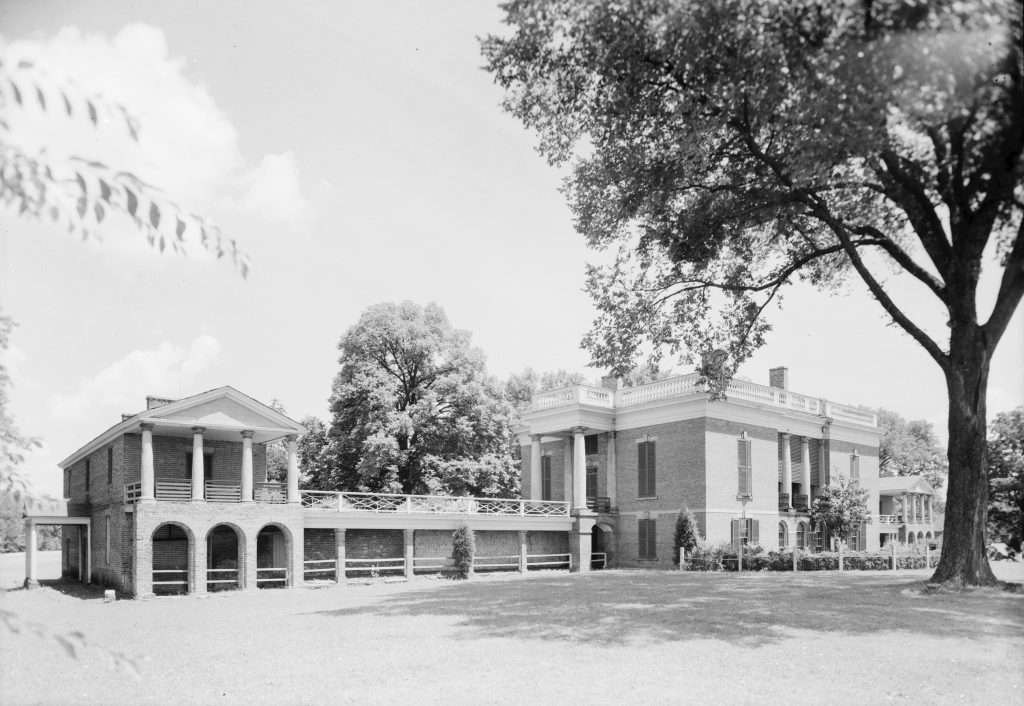 After British troops burned the nation’s Capitol in 1814, Jefferson recommended Dinsmore and Neilson to Benjamin Henry Latrobe for the restoration work there. He described them as “house joiners of the very first order both in their knolege in architecture, and their practical abilities.” It is unclear, however, whether they ever worked on the Capitol, and by 1816 the two men were renting a carpenter’s shop in Petersburg. There Dinsmore prepared drawings for a house for James Monroe. In 1817 he and Neilson contracted with John Hartwell Cocke to construct his Fluvanna County home, Upper Bremo. Dinsmore continued to work for Jefferson and made sashes and Venetian blinds for his retreat at Poplar Forest, in Bedford County. 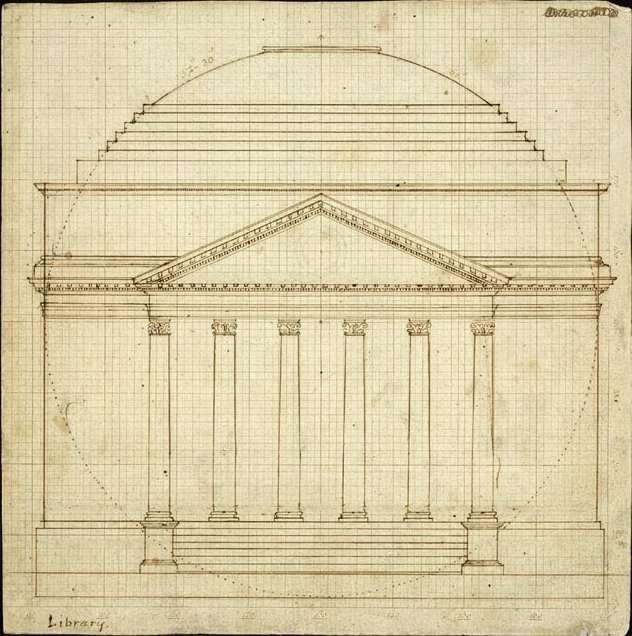 South Elevation of the Rotunda

In 1817, when construction was about to begin at the University of Virginia, Jefferson asked Dinsmore and Neilson to assist him in Charlottesville. Dinsmore joined Jefferson in laying off the foundations for the first pavilion on the new campus and during the next nine years served as the principal master carpenter for three pavilions, fourteen dormitories, and—in collaboration with Neilson—the Rotunda and the Anatomical Hall, which no longer stands. Dinsmore resided in Charlottesville in a tripartite house on West Main Street. Speculating in property along that thoroughfare, he subdivided thirteen contiguous lots between 1818 and 1825. He likely built some of the houses that stood on the lots, one of which was added to the Virginia Landmarks Register in 1988 and to the National Register of Historic Places a year later. From 1811 to 1815 Dinsmore and a partner operated a sawmill just north of Charlottesville. He also owned more than 500 acres of land south of town that he called Orange Dale.

An accomplished builder and designer, Dinsmore employed elements set out in Andrea Palladio’s influential Quattro Libri (1570), and his work embodied the classical ideals of Jefferson’s architectural style. One of Dinsmore’s crowning achievements came late in his career, when he designed and constructed Estouteville, a mansion south of Charlottesville. Built between 1827 and 1830, Estouteville is noted for its grand Tuscan exterior porticoes and great interior hall with an elaborate Doric frieze. It was listed on the Virginia Landmarks Register in 1977 and on the National Register of Historic Places the following year.

On May 13, 1830, Dinsmore drowned in the Rivanna River, northeast of Charlottesville. He was buried probably in or near Charlottesville, although the precise location of his gravesite is unknown. An auction of his property the following October included his library and about a dozen slaves.