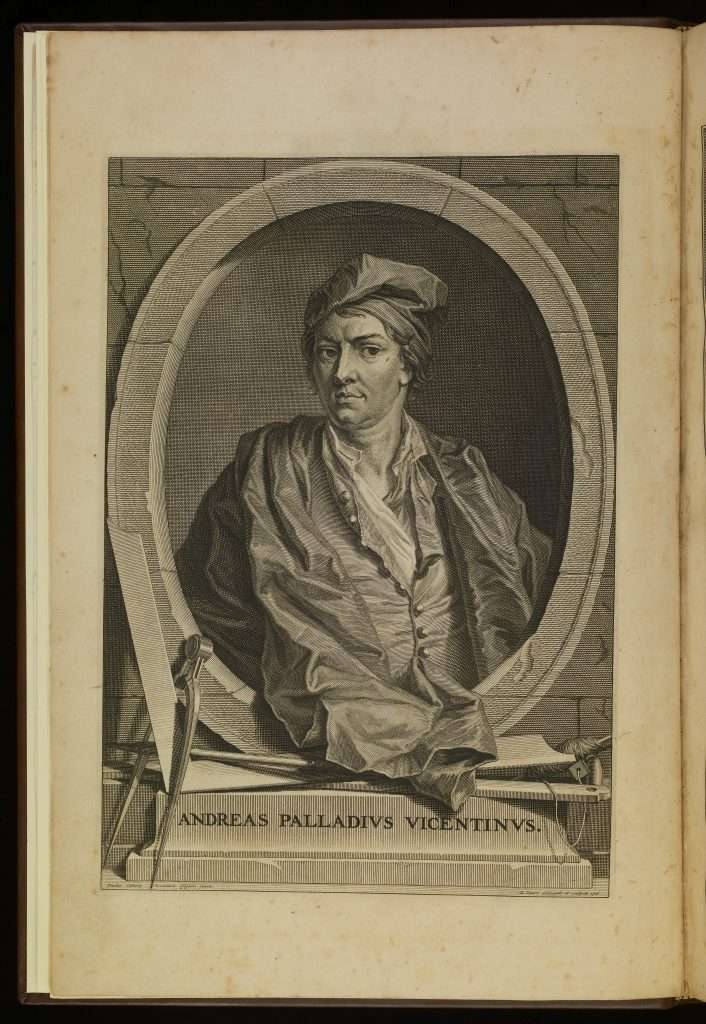 Andrea Palladio, a sixteenth-century Italian architect, is the subject of this engraving that serves as the frontispiece for The Architecture of A. Palladio (1715), an English-language version of Palladio's four-volume treatise on classical architecture published in 1570. The tools of an architect—a compass, a carpenter's square, and a plumb line—are depicted beneath the figure. This frontispiece is from the second edition of the English language version, published in 1721. Thomas Jefferson was deeply influenced by Palladio, as were a number of early American architects.