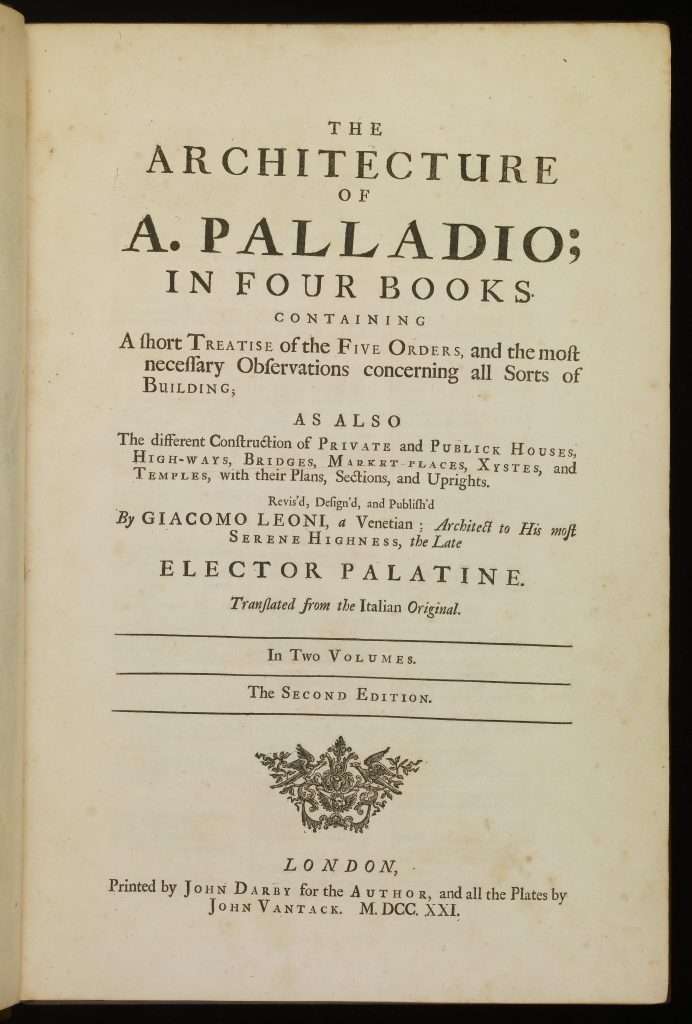 The Architecture of A. Palladio; in Four Books

This is the title page of Giacomo Levi's 1721 English-language edition of Andrea Palladio's I Quattro Libri dell'Architettura (The Four Books on Architecture), an illustrated treatise on architecture first published in Venice in 1570. Palladio favored simple classical design, a style that became known as Palladian architecture. Thomas Jefferson was deeply influenced by Palladio, as were a number of early American architects.