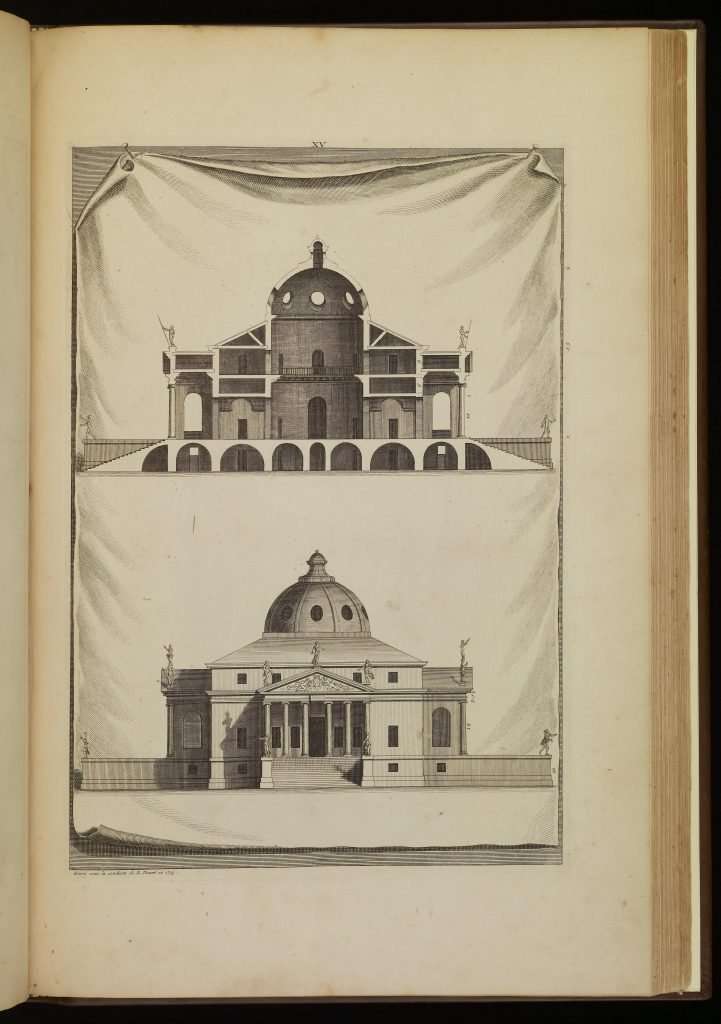 Architectural Drawings of a House

A pair of engravings depicts a sectional drawing (at top) and the elevation plan (at bottom) for a country house in Italy designed by Andrea Palladio in the sixteenth century. The house, which Palladio described as "being seated on a hlllock of a most easy ascent," featured a circular central room with a skylight. Thomas Jefferson, who was deeply influenced by Palladio's work, pioneered the use of skylights in America. This page is from Giacomo Levi's 1721 English-language edition of Andrea Palladio's I Quattro Libri dell'Architettura (The Four Books on Architecture), an illustrated treatise on architecture first published in Venice in 1570.