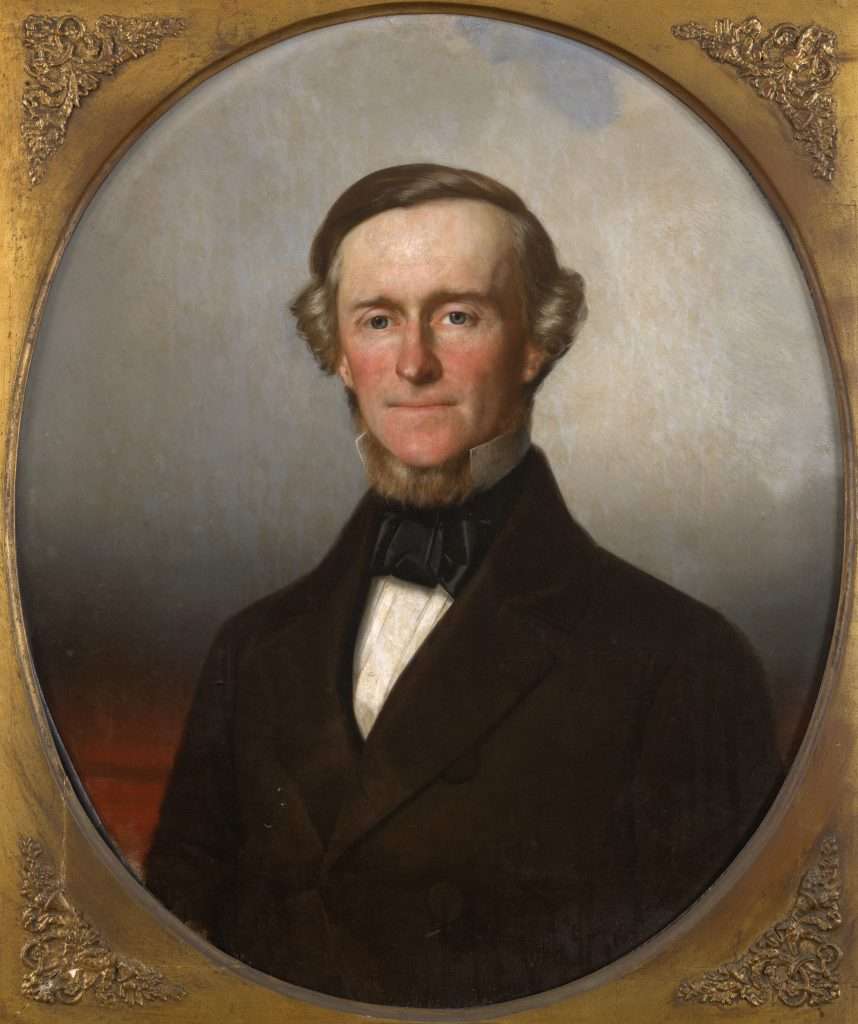 Cocke was born on September 19, 1780, in Surry County and was the son of John Hartwell Cocke and Elizabeth Kennon Cocke. His father, a member of the Convention of 1788, owned three large plantations in as many counties and about 130 slaves. Cocke’s parents died when he was ten years old. Between about 1794 and 1800 he attended grammar school and college at William and Mary, where he absorbed the Enlightenment and antislavery ideals then ascendant among the faculty. At age twenty-one Cocke inherited the bulk of his father’s estate and on December 25, 1802, married Ann Blaws Barraud, of Norfolk. They lived in Surry County until 1809, when they moved permanently to Bremo, a 3,100-acre Fluvanna County plantation Cocke had inherited. Their three sons included Philip St. George Cocke, an agricultural reformer and Confederate brigadier general, and their three daughters included Ann Blaws Cocke, who married Nathaniel Francis Cabell, a writer of religious and agricultural treatises. 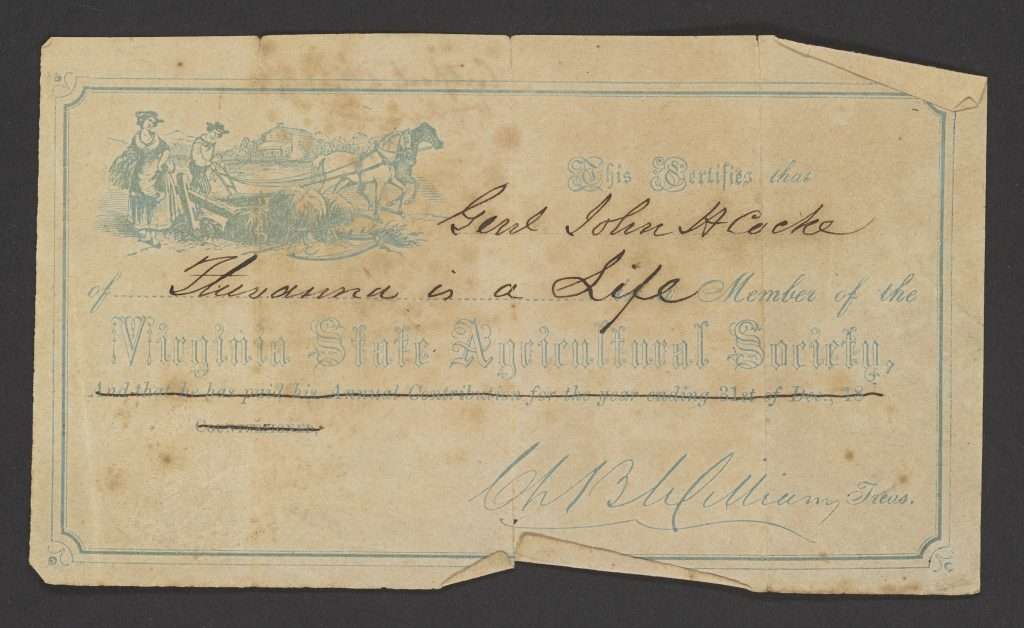 Self-disciplined and industrious, Cocke embraced life as a planter and became one of the South’s foremost agricultural innovators. He denounced the exhaustive, wasteful style of cultivation that had stifled eastern Virginia’s productivity and advocated scientific farming to reinvigorate the state’s economy. On his own land, worth approximately $110,000 in 1823, he experimented with terracing, applying marl and manure to worn-out fields, cultivating silkworms, and developing methods of pest control. Cocke corresponded with other agricultural reformers, including Edmund Ruffin, and on May 5, 1817, chaired the founding meeting of the Agricultural Society of Albemarle. He frequently dispensed agricultural advice at that influential organization’s meetings and held office intermittently as first and second vice president. The American Farmer, a Baltimore journal established in 1819, published more than ten of Cocke’s essays and letters to the editor in its first series. His essays appeared in the Cultivator and the Southern Planter as well.

Cocke designed a variety of outbuildings for his plantations, noteworthy for their innovative stone and pisé construction, and he contributed significantly to the plans for Bremo’s striking stone barn and Palladian mansion, recognized by architectural historians as among the finest plantation structures in the nation. He divided the property into three sections and redesigned and added to two more mansions, Lower Bremo and Bremo Recess. Cocke’s participation in the design of such Fluvanna County buildings as the church and temperance hall at Fork Union and the county jail and courthouse extended his architectural legacy beyond his own estate. He became a justice of the peace on September 21, 1810, and a captain in the artillery on January 19, 1810. During the War of 1812 Cocke commanded troops at Camp Carter and Camp Holly, outside Richmond, and became a brigadier general on January 7, 1814, a commission he resigned in January 1829.

Unlike many of his social equals, Cocke considered politics a corrupt and irrational pursuit and after a defeat in 1800 for election to the House of Delegates did not again seek public office, even as a means to implement desired reforms. He did, however, accept appointments from the governor and General Assembly to serve on state boards that shared his interest in modernizing Virginia’s society and economy. A lifelong proponent of education who established a school for boys at Bremo, Cocke was appointed in 1816 to the board of the new Central College, predecessor of the University of Virginia. During thirty-five years of service on the board, he was deeply involved in the university’s early development, supervised the construction of its campus with Thomas Jefferson, and pushed for an emphasis on Christianity and agricultural education in the curriculum. Cocke also promoted construction of a canal system to decrease the danger and expense of transporting crops to market. The General Assembly elected him on February 1, 1823, to the state Board of Public Works, from which he resigned in 1829, and he served on the board of directors of the James River and Kanawha Company from 1835 until 1841.

The death of Ann Blaws Barraud Cocke on December 27, 1816, led Cocke to embrace evangelical Christianity, which quickly became the guiding principle of his life. He married Louisa Maxwell Holmes, a Norfolk widow whose brother William Maxwell was later president of Hampden-Sydney College, on July 19, 1821. A devout Presbyterian who aided Bible, missionary, and colonization organizations, she shared in Cocke’s spiritual and philanthropic pursuits until her death on May 16, 1843. They had no children. Committed to spreading the influence of Christianity, Cocke became a member of the New York–based American Tract Society before its first annual meeting in 1826 and remained a member until his death. He also joined the Boston-based American Board of Commissioners for Foreign Missions in 1826 and was a longtime vice president of the American Bible Society, headquartered in New York. Through these associations Cocke became familiar with the North and its residents, whose piety and industry he often praised. 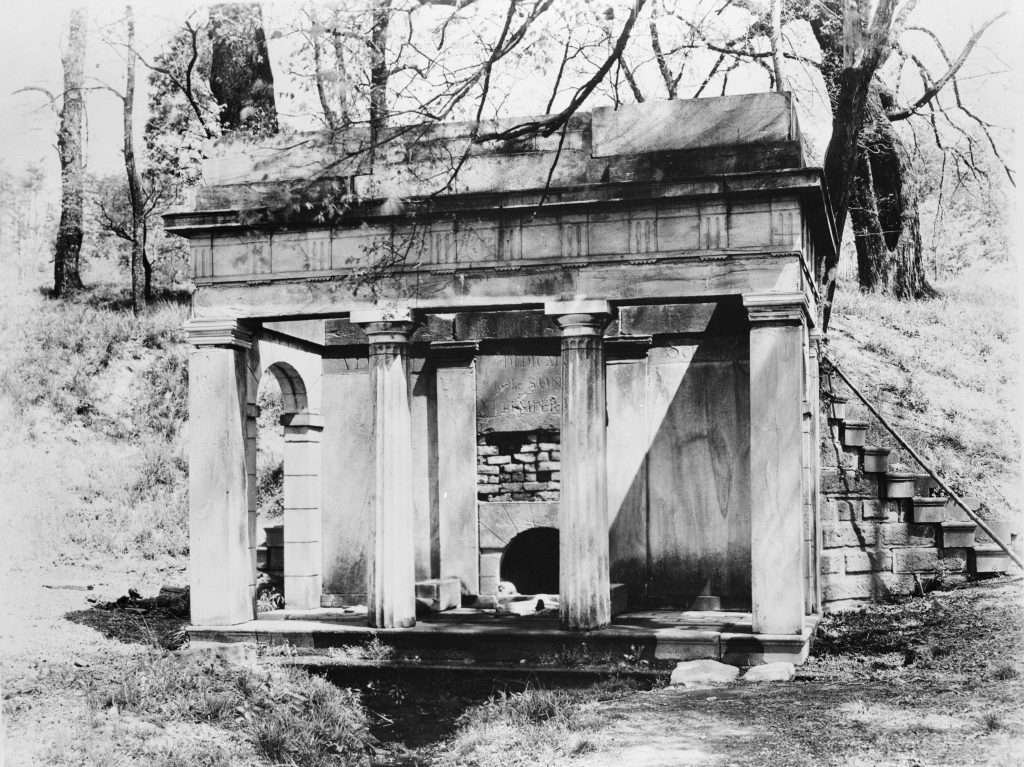 In a private letter in 1843, Cocke identified temperance, the eradication of tobacco cultivation in central Virginia, and the colonization of former slaves in Africa as “the three objects nearest my heart in this life.” One of the South’s most prominent temperance activists, he regularly invoked the will of God in his denunciations of alcohol, which he deemed “the most prolific source of evil on earth” because it diverted men’s attention from Christ and led to crime, illness, and the disintegration of families. Cocke opposed the James River and Kanawha Company board’s decision in 1838 to provide ardent spirits to its laborers, and he erected a Greek Revival temple over a spring along the canal at Bremo to encourage bargemen to consume water. He also established an antiliquor society for local black residents, including his own slaves. Cocke joined the Virginia Society for the Promotion of Temperance after its founding in 1826, became vice president in 1830, and was elected president in 1834, by which time the organization was known as the Temperance Society of Virginia. In 1834 Cocke also presided at the first Temperance Convention of Virginia, which met in Charlottesville. A member of the American Temperance Society, he became a leader in the national movement when he assumed the presidency of its successor organization, the American Temperance Union, from 1836 to 1843. In an 1856 letter he condemned the use of intoxicating wine in communion services as a desecration of the sacrament.

With similar zeal, Cocke combated the cultivation and use of tobacco, one of Virginia’s agricultural staples. Having inherited several large tobacco plantations, he continued to grow the crop until 1840, when for economic and moral reasons he ceased planting tobacco. He detailed his objections between 1858 and 1860 in a forceful six-part Southern Planter article, later issued as a pamphlet, Tobacco, the Bane of Virginia Husbandry (1860). Virginia could not prosper, Cocke asserted, as long as planters remained entranced by a crop that exhausted the land and diverted labor and time from the production of food and clothing. Cocke declared that the physical deterioration of people who used tobacco was an affront to God, and he likened self-indulgent addiction to the intoxicating substance to idolatry in that it diverted time and money from Christ’s service and prevented the return of His kingdom on earth. Cocke circulated anti-tobacco tracts in southern Virginia and distributed medals to boys who promised never to use the weed.

Cocke hoped that the decline of tobacco cultivation would eliminate planters’ reliance on slavery, an institution he criticized for decades. As a college student he resolved to emancipate the slaves he had inherited, but further reflection convinced him that they were morally and intellectually unprepared for independence and that free blacks and whites could never coexist peacefully. Although Cocke considered slavery inconsistent with God’s long-term vision for humanity and pronounced the institution a curse to the enslaved, to their masters, and to the nation’s economy, he owned and paid taxes on 89 slaves age twelve or older in 1816 and 107 age twelve or older in 1830, and he reported 135 bondsmen in Alabama and Virginia to the census enumerator in 1860. Like Jefferson, he believed that the South must gradually extricate itself from the slave system, but he deplored abolitionism, which he feared would spark social upheaval. Convinced that the removal of free blacks was a crucial component of any emancipation scheme, Cocke became an enthusiastic promoter of the American Society for Colonizing the Free People of Color of the United States (popularly known as the American Colonization Society), served as a vice president between 1819 and 1866, and also founded a Fluvanna colonization society in 1825. He believed that his slaves possessed immortal souls and natural rights and had been rendered unfit for liberty only by “the debasing influence of their bondage,” and he considered it his responsibility to educate, evangelize, and deport them. 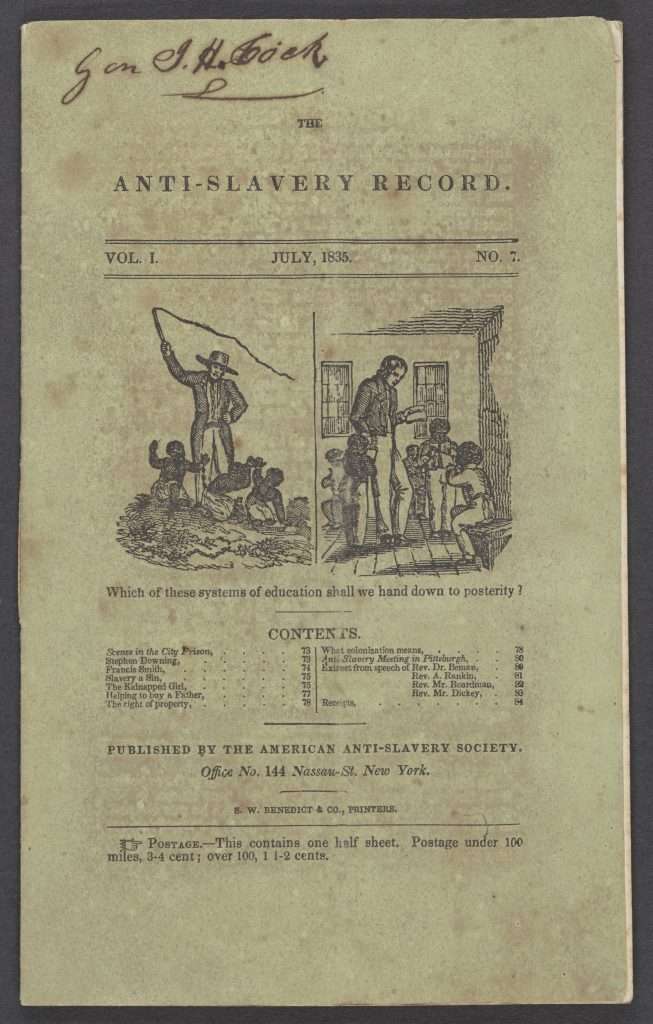 At Bremo, Cocke’s second wife instructed the slaves in reading and in religious matters during the 1820s. He later hired teachers from the North to conduct a more formal school for the slaves, although his wife resumed her duties when Virginia outlawed the employment of teachers for blacks in 1831. Among the few slaves Cocke deemed qualified for freedom were his stonemason, Peyton Skipwith, and his family, who described their experiences in a series of letters to Cocke after he dispatched them to Liberia in 1833. Cocke’s boldest experiment began early in the 1840s, when he purchased an Alabama cotton plantation and sent a contingent of slaves there to learn the skills necessary for success in the African colony. During an 1841 visit to his new property he advised the slaves of his intention to emancipate each one who earned his value through labor, behaved honestly and obediently, renounced alcoholic drinks, and kept the plan a secret. Despite providing for their intellectual and spiritual education, Cocke had identified only fourteen slaves who met his standards for freedom by 1860, when he reported eighty-two slaves to the Alabama census enumerator.

Though Cocke had for decades criticized some of the most salient features of Southern society, he accepted Virginia’s secession in 1861 and sympathized with the Confederacy. Deeply disillusioned by his Alabama experiment and convinced that reckless abolitionists had forced the nation into war, he reevaluated his opinion of slavery during the 1860s and concluded that slavery was “of Divine Origin” and that God intended blacks to remain enslaved. A gradual emancipationist who had come of age late in the eighteenth century, Cocke had foreseen the cataclysm slavery was capable of producing, attempted creatively but unsuccessfully to avert it, and believed he had no choice but to defend the slave system just as it finally crumbled. After the Civil War, Cocke applied for a presidential pardon, required because the value of his property exceeded $20,000, and he took the amnesty oath on August 1, 1865. Cocke died on June 24, 1866, and was buried near the remains of his two wives in the family plot at his Bremo Recess plantation in Fluvanna County.