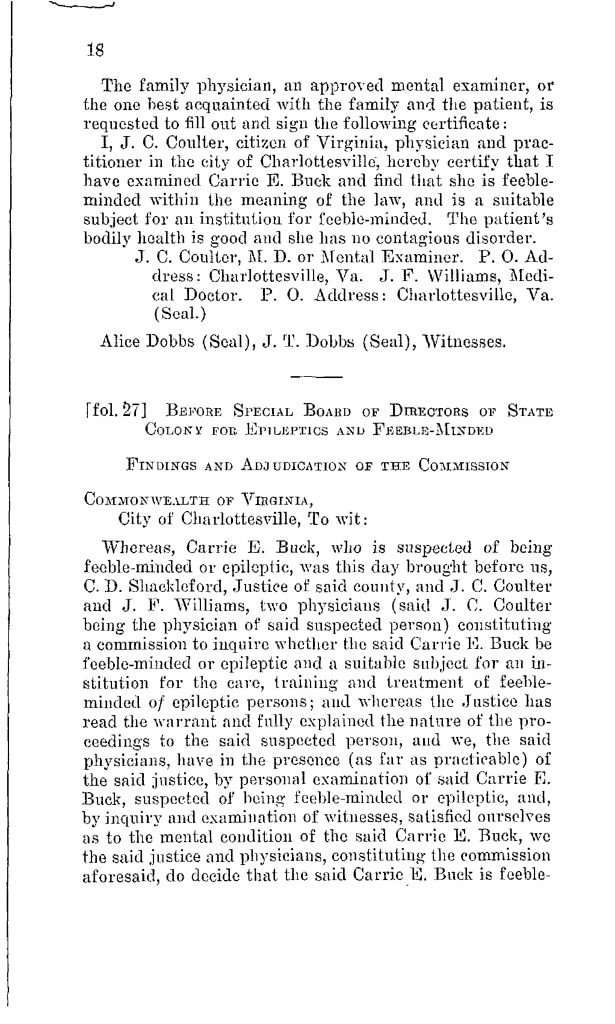 [fol. 27] Before the Special Board of Directors of the State Colony for Epileptics and Feeble-Minded
Findings and Adjudication of the Commission
Commonwealth of Virginia,

City of Charlottesville, To wit: 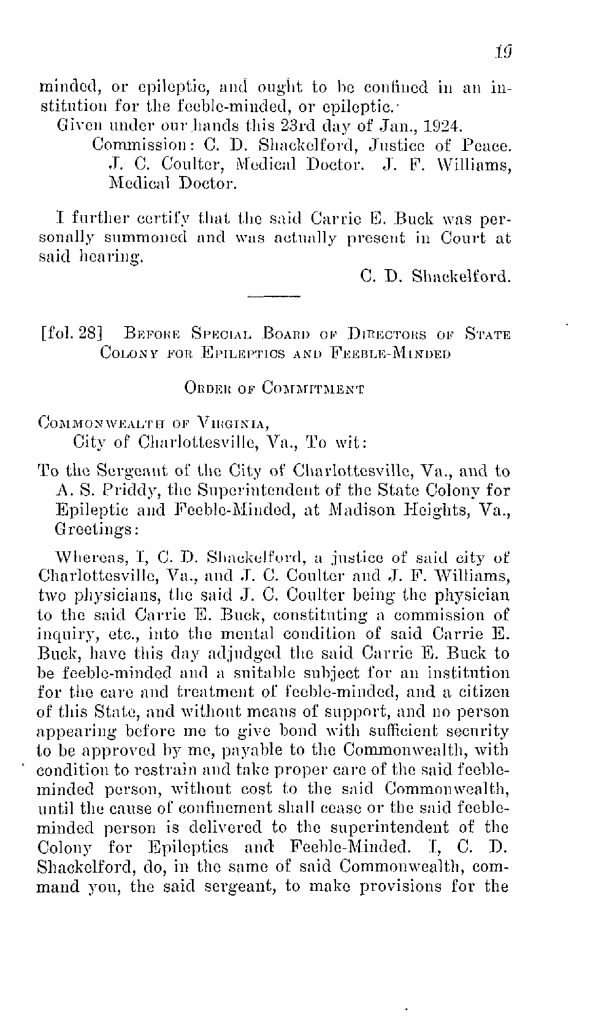 I further certify that the said Carrie E. Buck was personally summoned and was actually present in Court at said hearing.
C. D. Shackelford.