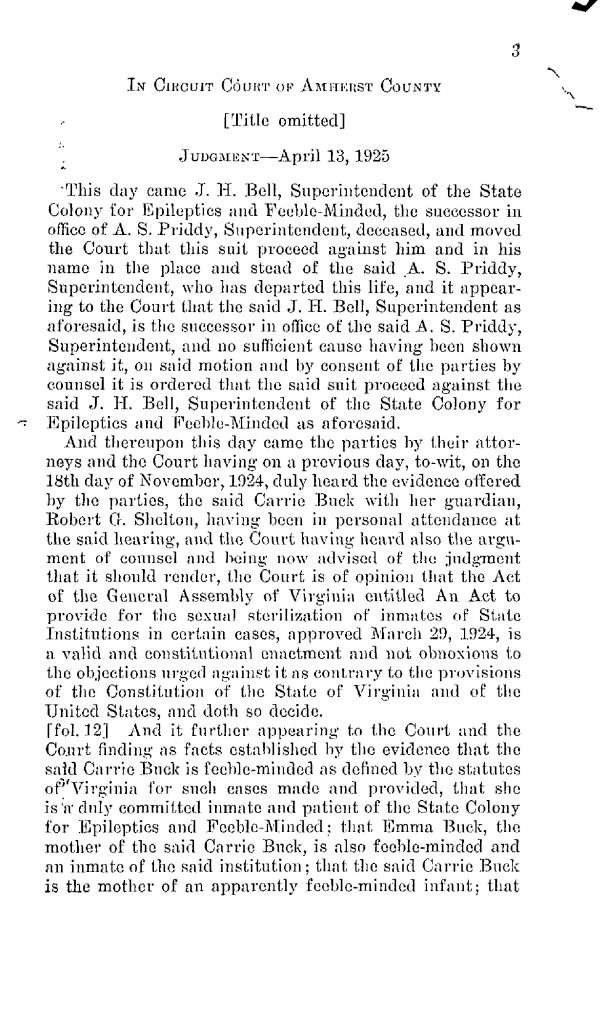 And thereupon this day came the parties by their attorneys and the Court having on a previous day, to-wit, on the 18th day of November, 1924, duly heard the evidence offered by the parties, the said Carrie Buck with her guardian, Robert G. Shelton, having been in personal attendance at the said hearing, and the Court having heard also the argument of counsel and being now advised of the judgment that it should render, the Court is of opinion that the Act of the General Assembly of Virginia entitled An Act to provide for the sexual sterilization of inmates of State Institutions in certain cases, approved March 29, 1924, is a valid and constitutional enactment and not obnoxious to the objections urged against it as contrary to the provisions of the Constitution of the State of Virginia and of the United States, and doth so decide. 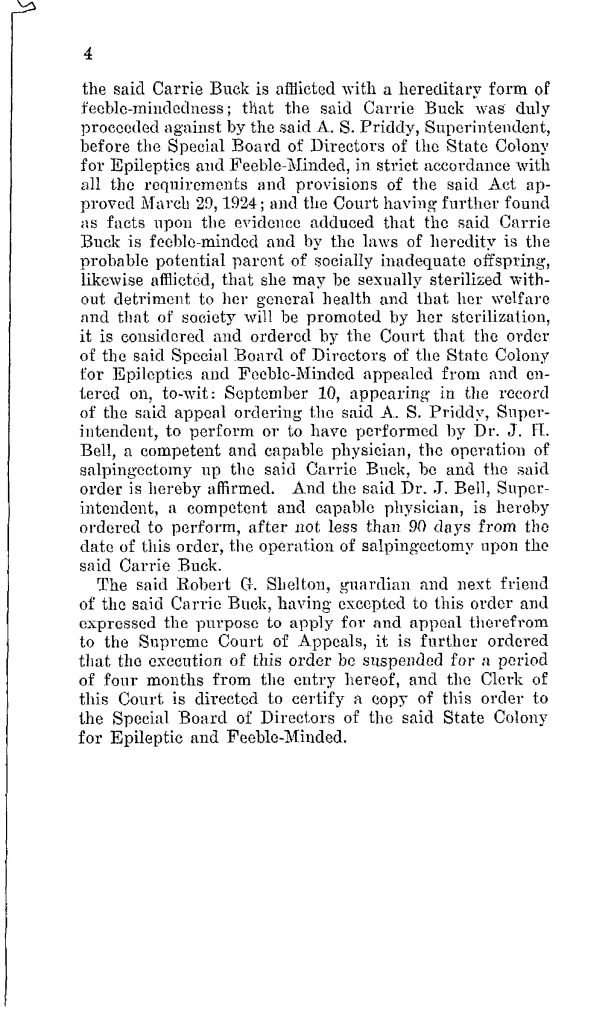 The said Robert G. Shelton, guardian and next friend of the said Carrie Buck, having excepted to this order and expressed the purpose to apply for and appeal therefrom to the Supreme Court of Appeals, it is further ordered that the execution of this order be suspended for a period of four months from the entry hereof, and the Clerk of this Court is directed to certify a copy of this order to the Special Board of Directors of the said State Colony for Epileptic and Feeble-Minded.