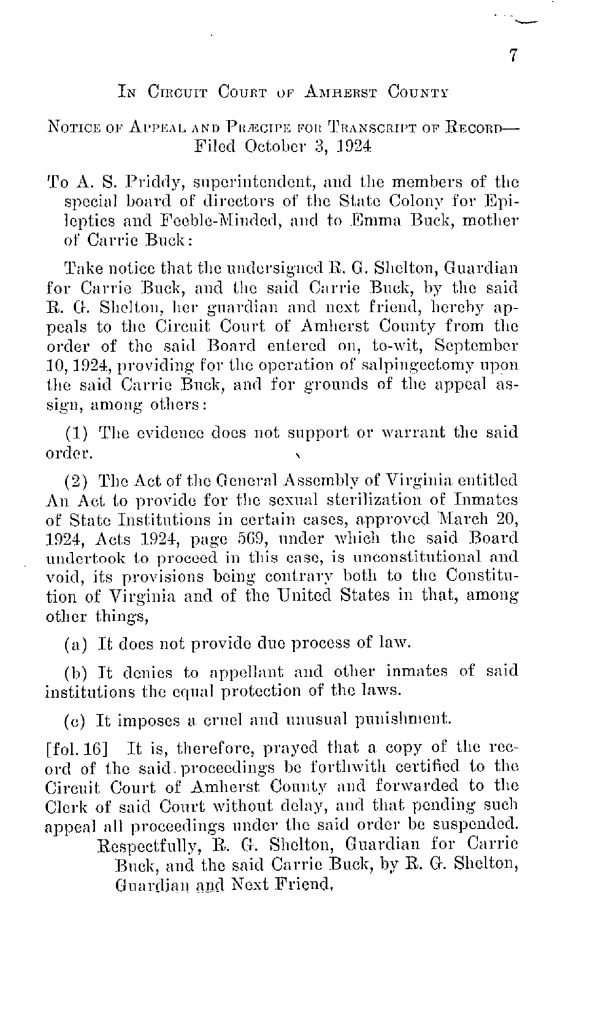 In Circuit Court of Amherst County
Notice of Appeal and Præcipe for Transcript of Record—
Filed October 3, 1924

To A. S. Priddy, superintendent, and the members of the special board of directors of the State Colony for Epileptics and Feeble-Minded, and to Emma Buck, mother of Carrie Buck:

(1) The evidence does not support or warrant the said order.

(2) The Act of the General Assembly of Virginia entitled An Act to provide for the sexual sterilization of Inmates of State Institutions in certain cases, approved March 20, 1924, Acts 1924, page 569, under which the said Board undertook to proceed in this case, is unconstitutional and void, its provisions being contrary both to the Constitution of Virginia and of the United States in that, among other things,

(a) it does not provide due process of law.

(b) It denies to appellant and other inmates of said institutions the equal protection of the laws.

(c) it imposes a cruel and unusual punishment.

[fol. 16] It is, therefore, prayed that a copy of the record of the said proceedings be forthwith certified to the Circuit Court of Amherst County and forwarded to the Clerk of said Court without delay, and that pending such appeal all proceedings under the said order be suspended. 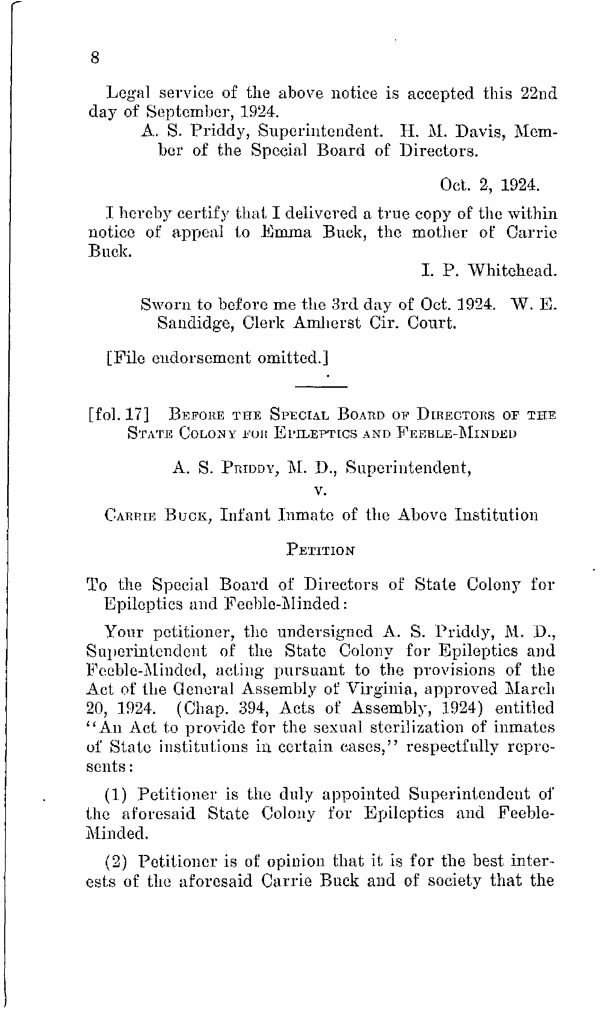 I hereby certify that I delivered a true copy of the within notice of appeal to Emma Buck, the mother of Carrie Buck.
I. P. Whitehead.