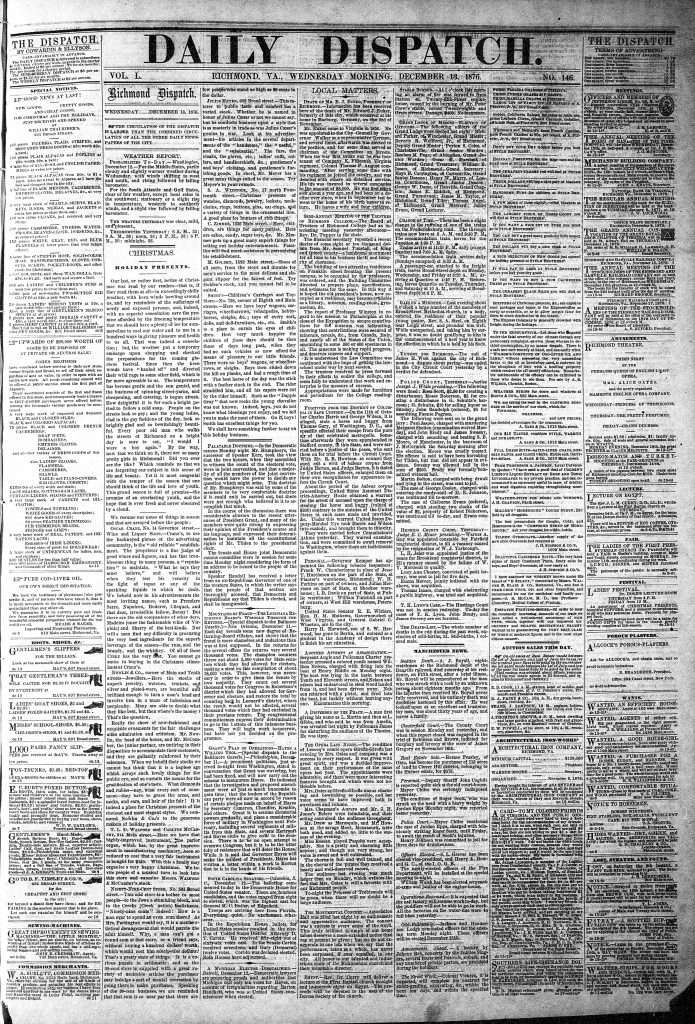 A card—to my colored friends in Virginia, and the public generally.—I have tried very hard to keep a first-class hotel for the accommodation of my friends; but I think it is no use, when such men are sent to the Legislature as are now there. They are paid $8 a day, but they are not willing to pay $1 a day for board and lodging, and other necessary things, while the white gentlemen of the Legislature pay from $12 to $15 a week. I do not blame the white hotels for not wanting their custom, because they would drive the white customers from the hotel, and they could not support it; and it would be the same case with the barber-shops. My table is furnished with as good as the market affords.

Mr. James Lipscomb, a member of the Legislature from Cumberland county, Va.; P. J. Carter, of Northampton county, Va.; J. W. Poindexter, of Louisa county, Va.; William Powell, of Franklin county Va., and R. M. Smith, of Elizabeth City and Warwick, Va., have to-day left my house because they can be accommodated for from $4 to $5 per week at the little places in the city that pay no license. I do ask the city authorities to put a stop to families who pay no license taking boarders at $3 or $4 week, which is an injury to my business. I pay a large license to keep a hotel for the benefit of the public, according to law. I warn my friends to vote always against such men as above named.

Proprietor of the Eagle Hotel.

Broad street between Sixth and Seventh.