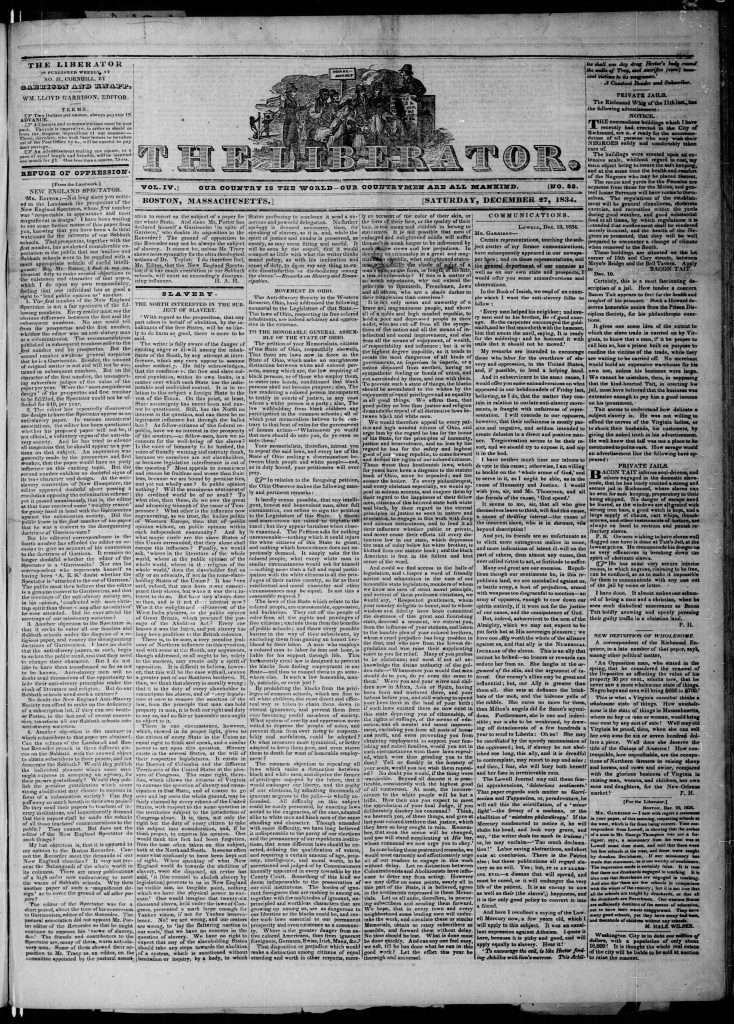 BACON TAIT informs soul-drivers, and others engaged in the domestic slave trade, that he has lately erected a strong and secure jail in Richmond, where slaves can be sent for safe keeping, preparatory to their being shipped. No danger of escape need be feared, as the windows are all grated with strong iron bars, a good watch is kept, and a large supply of chains, cart whips, thumbscrews, and other instruments of torture, are always on hand to restrain and punish refractory slaves.

P.S. Owners wishing to have slaves well flogged can have it done at Tait’s Jail, at the lowest prices. He recommends his dungeons as very efficacious in breaking down the spirit of obstinate slaves.

He has some very secure interior rooms, in which negroes, claiming to be free, can be confined, so as to make it impossible for them to communicate with any one out of the jail by voice or letter.

I have done. It almost makes one ashamed of being a man and a christian, when he sees such diabolical miscreants as Bacon Tait boldly avowing and openly pursuing their guilty traffic in a christian land.