Tait was born on April 13, 1796, on his family’s estate near Lynchburg, the fifth son of Caleb Tait, a miller, and Nancy Cooper Tait. His birthdate comes from his gravestone in Hollywood Cemetery, although his death certificate suggests the possibility that he was born a month earlier. Little is known about Tait’s early years and education. By June 1814 he had joined the Lynchburg Rifles, a militia unit assigned to the 4th Virginia Regiment during the War of 1812. He rose from the rank of private to corporal before his service ended on February 9, 1815.

On August 4, 1818, Tait placed an advertisement in the Richmond Commercial Compiler in an attempt to sell, in exchange for cash or property in Richmond, 300 acres and a mill house in Campbell County, the fruits of his inheritance after his father’s death in 1814. Tait may have moved regularly between Lynchburg and Richmond in these years, possibly in connection with a dry goods store operated by the Kyle family. By 1828 he had relocated to Richmond permanently and involved himself in the slave trade. 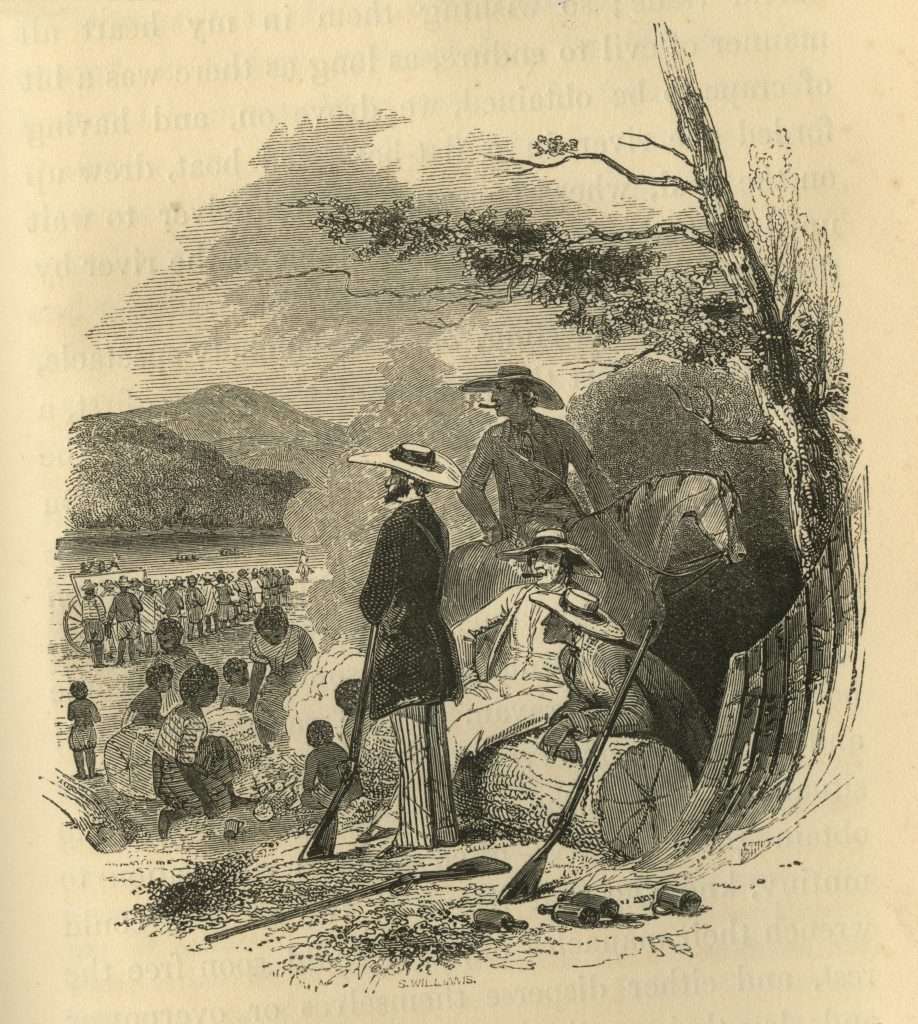 Transporting Slaves Out of State

On March 18, 1828, Tait and thirty-seven enslaved men and women he owned left Norfolk aboard the schooner James Monroe. Upon arriving in New Orleans, Tait sold the men and women for a profit and entered into a one-year business agreement with the slave traders James P. Wilkinson and Henry De Ende. Each man contributed $10,000 toward the purchase of slaves in Maryland and Virginia by Tait and Wilkinson and their sale in New Orleans by De Ende. The rise of cotton production in the Deep South, paired with the end of the transatlantic slave trade, had created a huge domestic market for enslaved labor. Between 1790 and 1860, more than 1 million enslaved men, women, and children were transported from the Upper South—mostly Virginia—to cotton states. Two-thirds of those were the result of sales conducted by men such as Tait, Wilkinson, and De Ende. The partnership ended badly, however, with none of the three convinced they had received what was owed to them. Suits between the parties were not resolved until 1857.

While working with Wilkinson and De Ende, Tait also entered into a side agreement with an acquaintance from Lynchburg, Thomas Boudar. Eventually the two became partners, operating as Tait and Boudar. Tait acquired slaves for sale and relied on Boudar, who came from a French-speaking family, to arrange for their sale in markets such as New Orleans. 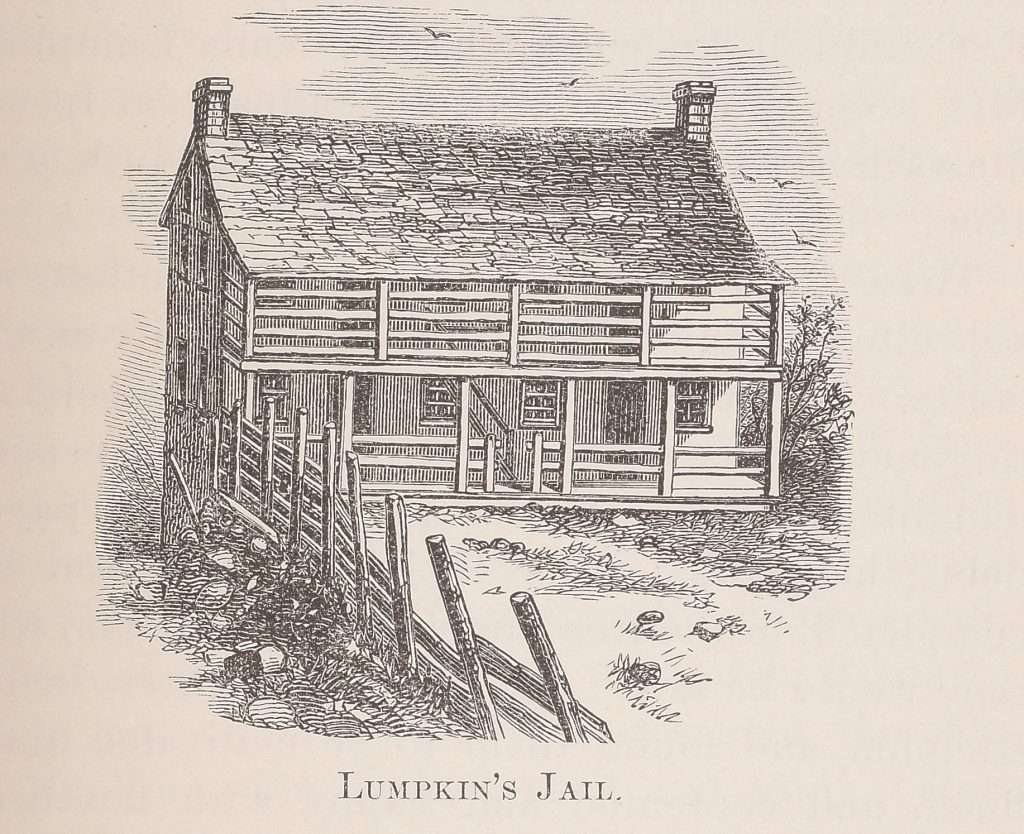 In May–June 1830 Tait purchased three thirty-foot-wide lots, in the Shockoe Bottom district of Richmond, containing structures worth about $400. By 1833, he had built a two-story brick house facing Wall Street valued at $1,500. On July 6 of that year he sold the three lots to Lewis A. Collier, who operated a slave jail there, imprisoning enslaved men, women, and children awaiting sale and providing room and board to their owners. Based on insurance records and tax assessments, scholars have assumed that Collier built the jail that came to be owned by Robert Lumpkin and is best known as Lumpkin’s Jail. Tait’s biographer, Hank Trent, has argued that Tait likely built it. In addition to other evidence, he points to an advertisement placed by Collier in the Richmond Enquirer on August 23, 1833. It announces his purchase of Bacon Tait’s “Negro establishment, which consists of a spacious comfortable strong jail, and which is convenient and suitable for the reception of slaves, as it is within a few yards of the Bell Tavern, where the sales of slaves are generally made.” While the evidence is not conclusive, it suggests that Collier may have built a new, larger jail that later became Lumpkin’s jail.

On February 14, 1834, Tait acquired a new lot, three blocks away, on the corner of Fifteenth and Cary streets, for $8,000, and built a new jail there. The property fronted Fifteenth Street and covered more than an acre. According to Trent, “It would be the largest lot connected to the slave trade in Richmond.” In an advertisement in the Richmond Whig, published on December 11, 1834, Tait announced himself ready for business. “The buildings were erected upon an extensive scale, without regard to cost,” Tait wrote, “my main object being to insure the safe keeping, and at the same time the health and comfort of the Negroes who may be placed thereat.” On December 27, the ad was reprinted and ridiculed in the abolitionist newspaper the Liberator. “How tender a concern Bacon Tait appears to feel for the health and comfort of his prisoner,” the editors wrote.

Profits rose and fell for Tait according to the vicissitudes of the slave market, but he seems to have been a smart investor. In 1837 he paid rent on a two-story brick home on Seventeenth Street that may have been used as a secondary jail, and late in the decade he hired Sidnum Grady to manage what came to be known as the Cary Street Jail. In about 1840 he hired Solomon A. Myers as Grady’s assistant.

Between 1843 and 1848 Tait fathered three girls and a boy, including twins, with Courtney Fountain, a free black woman who may have worked as a housekeeper. She was a close relative of the Reverend James Fountain, a free black man originally from Winchester and living in New York, who attended the National Negro Convention in Buffalo, New York, in 1843 and advocated an armed slave insurrection. Other Fountain relatives lived in Salem, Massachusetts. Tait and Fountain never married, but they presented themselves both on paper and in person as man and wife. Fountain’s status as a free woman suggests that her situation with Tait was fundamentally different from that of the enslaved women who bore children for the Richmond slave traders Silas Omohundro, Hector Davis, and Robert Lumpkin.

The trading in slaves was not considered to be an entirely respectable profession, which perhaps explains why even the most prosperous traders turned to enslaved women to play the roles of wives. Tait, however, not only acquired wealth—$130,000 in real estate by 1850—but civic responsibility, as well. By 1845 he was a member of the Richmond Fire Association and within two years was the second assistant foreman of Company Number 6. He served on the Richmond City Council for four consecutive terms, beginning in April 1847, and in November of that year was a Richmond delegate to a convention tasked with evaluating how the Richmond and Ohio Railroad would connect the capital with Lynchburg.

On August 11, 1851, Tait resigned from the city council with plans to move his family to Salem. On July 6 of the next year he bought a two-and-a-half-story house there for $2,100, while still maintaining ownership of his slave-related operations in Richmond. On October 11, 1858, he manumitted the last of several slaves he owned, Henry Banks, for “good conduct.” Banks had helped him operate the jail. It is unclear whether Tait’s relationship with Fountain influenced his decision to free his slaves, although his biographer describes a marriage in which Tait focused more on his children than his wife. 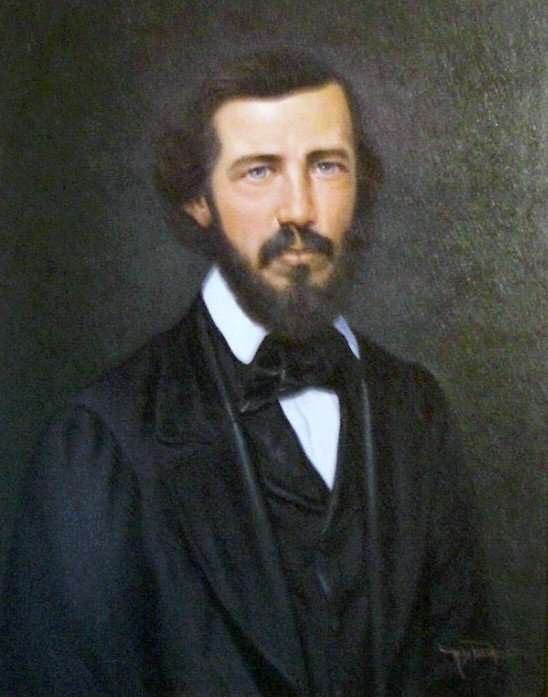 Tait spent the war years in Richmond, living with Solomon Myers. With Boudar and Myers he owned the Virginia Towing Company. He again was the subject of ridicule in the abolitionist press when a cache of letters between slave traders, including him, was discovered by Union troops in Alexandria. Excerpts of the correspondence were published in the New-York Daily Tribune on July 15, 1861, in an article that may have been authored by Moncure Daniel Conway. In 1863, Tait conferred the power of attorney to one of his daughters so she could sell the family home in Salem, a transaction not completed until late in 1865.

Tait’s wealth survived the war, which was not the case for many traders, and his jail, situated near the James River and the railroad, was well placed for new commercial ventures. His longtime manager, Sidnum Grady, was unable to find work, however, and committed suicide in 1866. Courtney Fountain died in Salem on May 31, 1871, of inflammatory rheumatism, and Tait died on June 14 at the Richmond home of Solomon Myers. His death certificate cited “old age & softening of the brain.” He was buried in Hollywood Cemetery two days later. Tait’s will, written on March 14, 1861, divided his estate among his children, leaving the bulk to his twins. He did not acknowledge the children as his own or mention their mother.

RELATED CONTENT
Categories:
Type:
MAP
TIMELINE
April 13, 1796
Bacon Tait is born at his family's estate near Lynchburg.
June 1814—February 9, 1815
Bacon Tait serves in the Lynchburg Rifles, a militia unit assigned to the 4th Virginia Regiment during the War of 1812.
September 2, 1814
Caleb Tait, the father of Bacon Tait, dies.
August 4, 1818
Bacon Tait advertises in the Richmond Commercial Compiler the sale of 300 acres and a mill house in Campbell County, either for cash or exchange for property in Richmond.
March 18, 1828
Bacon Tait and thirty-seven enslaved people he intends to sell board the schooner James Monroe in Norfolk, bound for New Orleans.
April 9, 1828
Bacon Tait and his first shipment of thirty-seven slaves arrive in New Orleans.
May 29, 1828
Bacon Tait arrives back in Norfolk from New Orleans, having entered into a one-year slave-trading partnership with James P. Wilkinson and Henry De Ende.
May—June 1830
The slave trader Bacon Tait purchases three thirty-foot-wide lots on Wall Street, in the Shockoe Bottom district of Richmond.
July 6, 1833
Bacon Tait sells three lots on Wall Street, in the Shockoe bottom district of Richmond, to Lewis A. Collier. The structures are worth about $400.
August 23, 1833
Lewis A. Collier advertises in the Richmond Enquirer, referring to the slave jail he purchased from Bacon Tait.
February 14, 1834
Bacon Tait purchases a lot on the corner of Fifteenth and Cary Streets in Richmond for $8,000. He intends to build a slave jail there.
December 11, 1834
Bacon Tait announces in the Richmond Whig that his new slave jail is open for business.
December 27, 1834
The Liberator newspaper reprints and ridicules an ad for a slave jail operated by Bacon Tait, of Richmond.
1837
Bacon Tait pays rent on a two-story brick home on Seventeenth Street between Broad and Marshall in Richmond, which he may use as a secondary slave jail.
ca. 1840
Bacon Tait hires Solomon A. Myers as an assistant at his slave jail.
1843—1848
Bacon Tait, a slave trader, fathers four children with Courtney Fountain, a free black woman.
1845
Bacon Tait serves as a member of the Richmond Fire Association.
1847
By this year Bacon Tait is the second assistant foreman of Company Number 6 of the Richmond Fire Association.
April 1847—August 11, 1851
Bacon Tait serves on the Richmond City Council.
November 1847
Bacon Tait serves as a Richmond delegate to a convention tasked with evaluating how the Richmond and Ohio Railroad will connect Richmond to Lynchburg.
October 11, 1858
Bacon Tait manumits Henry Banks for "good conduct." There are no records of Tait owning any enslaved people after this.
March 14, 1861
Bacon Tait writes his will in Richmond. He divides his estate among his children, leaving the bulk to his twins. He does not acknowledge them as his own or mention their mother.
October 27, 1863
Bacon Tait confers his power of attorney to his daughter Constance R. Tait and authorizes her to sell his real estate in Salem, Massachusetts.
September 26, 1865
Bacon Tait's property in Salem, Massachusetts, is offered for sale at auction.
1866
Sidnum Grady, the longtime manager of a Richmond slave jail owned by Bacon Tait, commits suicide using laudanum.
May 31, 1871
Courtney Fountain dies in Salem, Massachusetts, of inflammatory rheumatism.
June 14, 1871
Bacon Tait dies at the Richmond home of Solomon A. Myers of "old age & softening of the brain." He is buried in Hollywood Cemetery two days later.
FURTHER READING
CITE THIS ENTRY