The title character of Lewis Rand is the son of an Albemarle County tobacco-roller whose failed marriage to a wealthier woman has left him embittered. At first refusing to allow Lewis to pursue his ambitions to become a lawyer, the father relents only after the intervention of Thomas Jefferson, whom Lewis meets by chance in a bookshop. “My father’s a tyrant,” Lewis tells his friend, the trapper Adam Gaudylock, in a moment of foreshadowing. “If he doesn’t keep his hands off me, I’ll—I’ll kill him!”

Under Jefferson’s tutelage, Lewis Rand rises quickly: he is admitted to the Virginia bar and, as a Democratic-Republican, defeats his wealthier Federalist neighbor Ludwell Cary for a seat in the House of Delegates. When Rand also wins the hand of the woman Cary had hoped to marry, Jacqueline Churchill, a bitter feud commences. Jacqueline is cast out of her family and Rand finds himself at odds with two powerful clans who judge him to be grossly inferior in his upbringing, manners, and moral principles.

In the meantime, Rand’s political ambitions outgrow the bounds of commonwealth and country. With the West being opened to settlement, Gaudylock tempts Rand with the possibilities: “Say some man is big enough to make a country west of the Mississippi … ‘t would be a powerful country—great as Rome, I reckon!” The Federalist press soon accuses Rand of being an atheist, a Bonaparte, and someone interested only in his own glory. Rand denies only the first two charges and begins to conspire with the former vice president Aaron Burr to found a new and rival nation, perhaps by stealing Mexico from Spain. Rand envisions Jacqueline “with a circlet of gold upon her head, a circlet of Mexican gold. Crowns were heavy, but men—ay, and women, too!—fought for them.”

When Cary learns of Rand’s connection to the disgraced Burr, he agrees to remain quiet out of his continuing love for Jacqueline. But as Rand prepares to head west he is delayed by his intention to duel Cary for critical remarks Cary had made in a Federalist paper. At the appointed hour, Cary only fires into the air, further humiliating Rand. The authorities capture and try Burr, but Rand’s part in the conspiracy is not revealed. One day, Rand encounters Cary on a country road. After a brief argument, Rand suddenly shoots and kills his longtime rival, fleeing the scene and successfully avoiding suspicion.

By novel’s end, conscience has gotten the best of Lewis Rand, and with his ever-loyal wife’s encouragement, he resolves to admit his guilt and offer himself up to the sheriff. He explains to Jacqueline that while he might be imprisoned for his crime, he might also be hanged. “For myself,” she replies, “I feel to-night that just to know you were alive would be happiness enough. Either way—either way—to have loved you has been for me my crown of life!”

The critic C. Ronald Cella has identified Lewis Rand, Johnston’s fifth novel, as her first to attempt a fully realistic portrayal of historical events. Her other novels, he argued, were primarily tales of romance and adventure whose historical settings, however meticulously researched, were incidental to their appeal. Johnston’s first novel, Prisoners of Hope (1898), dramatized the Gloucester County Conspiracy of 1663, while To Have and to Hold (1900) was set in early Jamestown. Lewis Rand leaves behind colonial Virginia and instead imagines Virginia during Thomas Jefferson’s presidency (1801–1809), a time when political passions ran especially high.

Jefferson’s Democratic-Republicans sided with the French in their geopolitical competition with Great Britain, sympathizing with the ideals of the French Revolution and worrying about threats to personal liberty in Britain that stemmed from what the Republicans perceived to be an overdependence on commerce. During Jefferson’s two terms in office, the Federalists challenged the president’s extraconstitutional acquisition of Louisiana and expressed concern that the chaos in France that brought Napoleon to power might sow the seeds of a new, liberty-crushing empire in America.

In one passage, Lewis Rand bemoans the fact that his allegiance to the Republicans makes him anathema to Jacqueline’s Federalist family: “My party? Well, I shall become a leader of my party—and Republicans are white as well as Federalists. It is not forgery or murder to detest Pitt and George the Third, or to believe in France! Is it so poor a thing to become a leader of a party that has gained an empire, that has put an end to the Algerine piracy, that has reduced the debt, that has made easier every man’s condition, and that stands for freedom of thought and deed and advance of all knowledge?”

There’s an irony at work in the novel. If Johnston draws an idealized portrait of Jefferson and seems to sympathize with the politics of Rand’s fellow Republicans, Rand ultimately does aim to fashion himself as a new Napoleon. Johnston, meanwhile, renders the conspiratorial Aaron Burr a slightly sinister and shadowy figure. “Nobody, perhaps not even Burr, knew what he had in mind,” the Jefferson biographer R. B. Bernstein has written. Did he commit treason against the United States as Jefferson so strongly believed, or was the charge itself inappropriate, as the court found? Johnston sidesteps the question by instead assigning Burr’s alleged guilt to Rand, whose ambitions are perfectly clear. In this way, Johnston not only remains faithful to the ambiguities of history, but she also uses that history as an integral force in her plot. 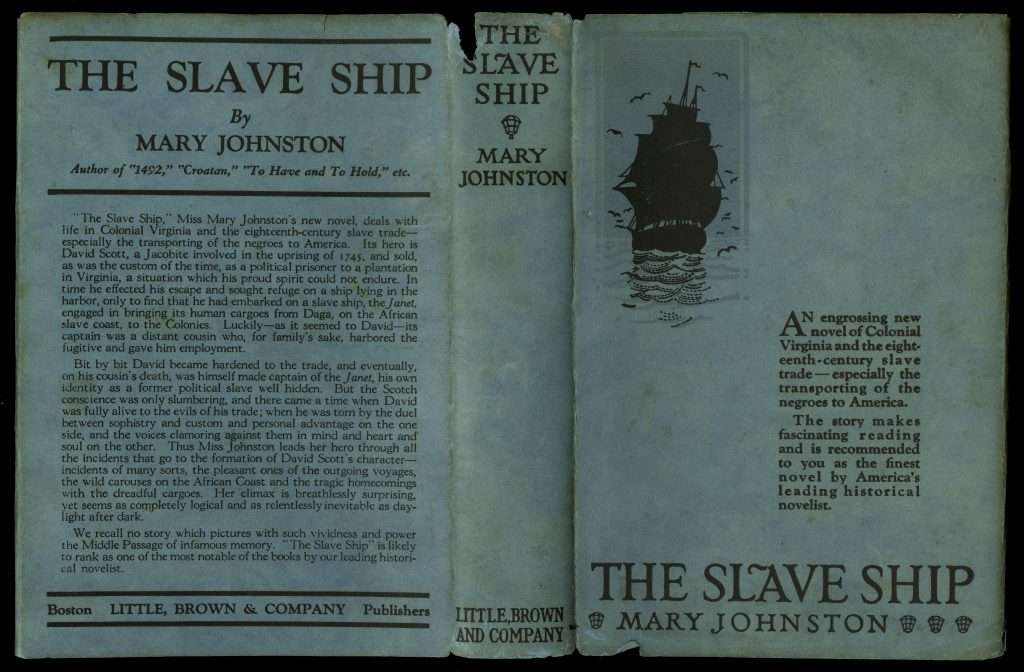 The critic Ernest E. Leisy, writing in 1950, dismissed Lewis Rand as “a picture of a feudal society on mimosa-scented plantations, with soft-voiced darkies singing in the moonlight, and an occasional conflict between neighbors and hotheaded sons.” C. Ronald Cella has argued that this view “misrepresents the difference between Johnston’s Romances of Adventure and Lewis Rand.” Leisy’s remarks do, however, hint at the issue of race, which is not raised by Cella. Enslaved African Americans are little more than stereotypes in much of Johnston’s early writing, including Lewis Rand, which features black characters whose emotions range from whistling contentment to childlike and irrational fear. “Oh, Gawd-a-moughty!” one frightened slave cries. “Oh Lawd, hab mercy—” A dismissal of African Americans is even suggested when Rand declares that despite their many differences, at least “Republicans are white as well as Federalists.” Johnston’s sincere interest in the humanity of slaves and the workings of the institution of slavery revealed itself only much later in her career in novels such as The Slave Ship (1924).

Critics loved Lewis Rand. Although describing it as “sombre and grim,” even unpleasant, the New York Times declared the novel to be Johnston’s best so far and “one of the strongest works of fiction that has seen the light of day in America.” The Philadelphia Inquirer proclaimed Lewis Rand to be “undoubtedly the best work” of Johnston’s then-developing career and suggested that the author’s abilities as a “modern painter of trees and woods and sunlights” were equal to those of Henry David Thoreau. The Duluth News Tribune followed suit, writing that with Lewis Rand, Johnston “has not only surpassed herself, but all her contemporaries who have essayed this form of fiction.” 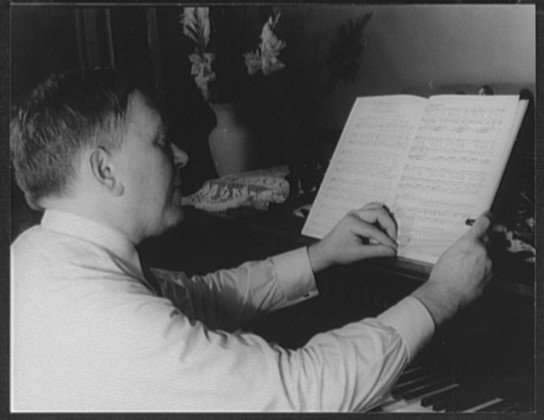 H. L. Mencken considered Lewis Rand in his magazine the Smart Set, tackling the novel’s strengths and weaknesses in depth. “Planned lavishly and written with infinite pain,” he wrote, the book “is not only a good story of a strong man’s losing battle with Fate, but an illuminating study of an epoch and a conflict of civilizations.” Mencken responded to the accusation that Cary’s unprovoked murder was “a mere trick of the theater” by arguing that Rand’s action, dictated by the insurmountable barriers of class, was “as inevitable as Hamlet’s slaying of the king.”

While critics honored Lewis Rand‘s title character—”it is impossible not to offer homage to this mighty man,” insisted the Kansas City Star—the most effusive praise was reserved for Johnston’s portrait of Rand’s wife, Jacqueline. Calling her “lovable and admirable” for her willingness to stick by Rand, the Duluth paper wrote that Jacqueline “successfully combines both sweetness and strength; the gentle womanliness, which is the southern ideal, with a sturdy self reliance and independence of action which belongs to the Puritan type.” To the Kansas City Star, “She stands for what is best and finest in womanhood.” And according to the Oregonian, she is “a better, more enduring character,” especially in terms of her “delicacy and nobility,” than Rand himself.

Interestingly, the Oregon paper wrote that had Lewis Rand—who in the novel confesses to the murder of his rival—lived in 1908, he might have pled “dementia Americana.” This was a reference to the sensational trial, in 1907, of Harry K. Thaw, a Pittsburgh millionaire who admitted to shooting and killing the famed architect Stanford White. In pleading temporary insanity, Thaw cited the fact that his wife, Evelyn Nesbit Thaw, had once informed him that before their marriage, when she was a sixteen-year-old virgin, White had drugged and raped her. Much of the trial, which ended in a hung jury, revolved around questions of Evelyn Thaw’s credibility, with dementia Americana being defined by Harry Thaw’s counsel as “that species of insanity which makes a man believe the honour of his wife is sacred.”

Jacqueline Rand, in other words, introduced herself to the American reading public at a time when the purity of American womanhood was very much at issue, which may have made her more appealing to those readers and critics who sought relief from such complexity. C. Ronald Cella, writing in 1981, argued that Ludwell Cary and Jacqueline Rand “are the most idealized characters in the novel and may seem to be quite unconvincing,” but that their ideal selves, different from more conventional stereotypes, are founded on “the qualities of tolerance and forgiveness.”

According to Cella, “Lewis Rand is, by the customary measures of literary criticism, Mary Johnston’s most successful novel.” More than that, he wrote, the novel’s accomplishments merit additional study by both literary critics and historians.