During Virginia’s secession crisis in 1861, the citizens of Martinsburg watched as delegates to a secession convention in Richmond debated Virginia’s fate. When, after months of stalling, the delegates finally voted to secede on April 17, 1861, most Shenandoah Valley residents—opposed to secession until that point—became caught up in the fever for war and enthusiastically supported the new Confederate States of America. Martinsburg, however, stubbornly remained Unionist, largely because the U.S. government offered the best protection for the railroad’s interests and the railroad supported the local economy. 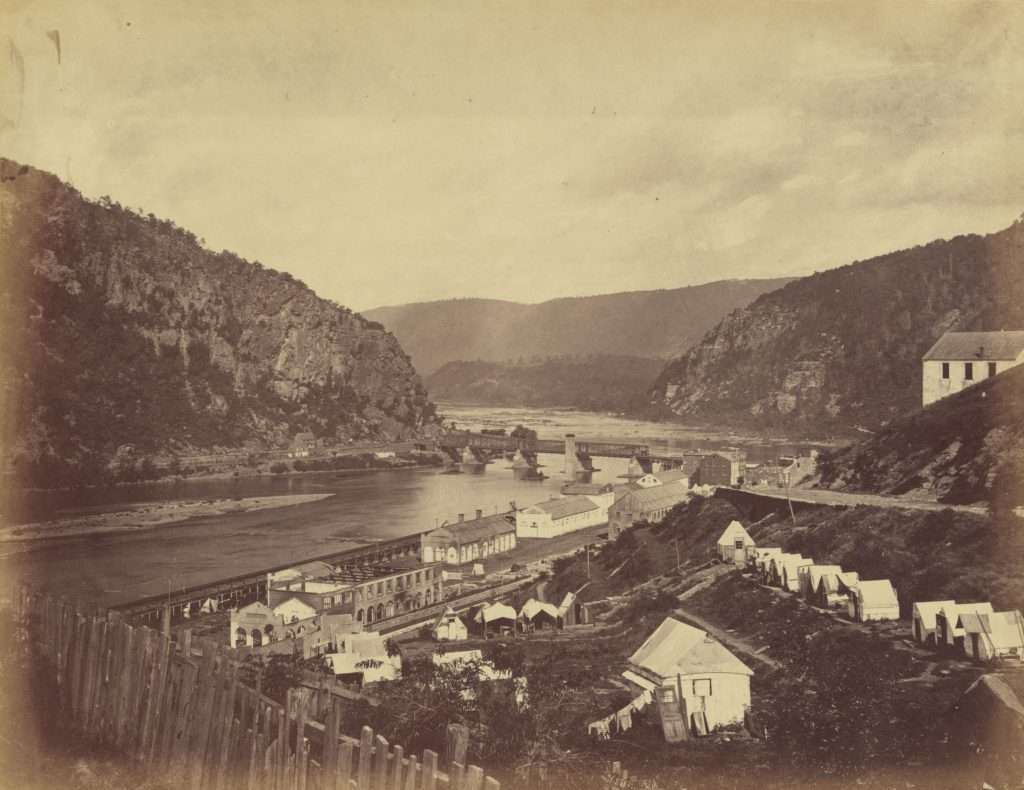 Within a week of the convention’s vote, Confederate troops, including Virginia militia units from the southern Shenandoah Valley, entered Martinsburg en route to the U.S. armory at Harpers Ferry. On May 23, the date set aside for a statewide referendum on secession, residents staged a public protest of secession and the Confederate presence. Tensions became so heated that the Confederate commander, Colonel Thomas J. Jackson, dispatched additional troops to Martinsburg from Harpers Ferry to quell any violence. In the meantime, Martinsburg residents voted three-to-one against secession that day—the only locale in the Shenandoah Valley to oppose secession during the referendum.

Additional Confederate troops under Jackson’s command entered Martinsburg on June 20 and set about dismantling the railroad, further outraging Unionist residents. In addition to the tracks, the Confederates destroyed the round house, various railroad buildings, fifty-six locomotives, and at least 305 cars. Thirteen locomotives were spared by Jackson and seized for use by the Confederacy.

After more than two months of Confederate presence, Union soldiers under General Robert Patterson occupied Martinsburg on July 3. As Patterson’s men entered town they noted “a strong Union sentiment,” as a Union chaplain observed. Although most citizens enjoyed the Union presence, some of Martinsburg’s Confederate minority did not—among them the self-promoting spy Belle Boyd. When, on July 4, a Union soldier swore at Boyd’s mother in the course of an argument, Boyd drew a pistol and shot him to death. She was cleared of any wrongdoing, but the incident may have inspired her to begin a long and legendary career in espionage.

Patterson’s army departed on July 17, but there would be many more occupations over the war’s remaining years. Numerous skirmishes and two battles were fought in the area, and its buildings served as makeshift hospitals at various times for both armies. The first battle, fought on June 14, 1863, was part of the Gettysburg Campaign. The Army of Northern Virginia, preparing to invade the North for a second time, set its sights on the town’s ample food stores, but at the end of a day’s hard fighting came away with not much more than several thousand bushels of grain. The second battle, fought on July 25, 1864, was part of Confederate general Jubal A. Early’s summer campaign of strategic diversion in the Shenandoah Valley. Early’s hope was to threaten the disjointed Union command in the Valley and, eventually, to threaten Washington, D.C., itself, while also pulling troops away from Union general Ulysses S. Grant’s lines around Petersburg. Less than two months later, on September 18, Martinsburg changed hands for the last time as Union general Philip H. Sheridan’s Army of the Shenandoah occupied the town.

Although the scars of war would eventually heal, occupations and battles left a once-thriving Martinsburg devastated by war’s end. “Its situation has rendered it a peculiarly undesirable place of residence,” observed a Northern reporter in December 1864. “Its streets have been trampled … the ruins of the depot buildings, and of houses burned in former attacks upon the town, give the usual air of desolation seen in border towns.”