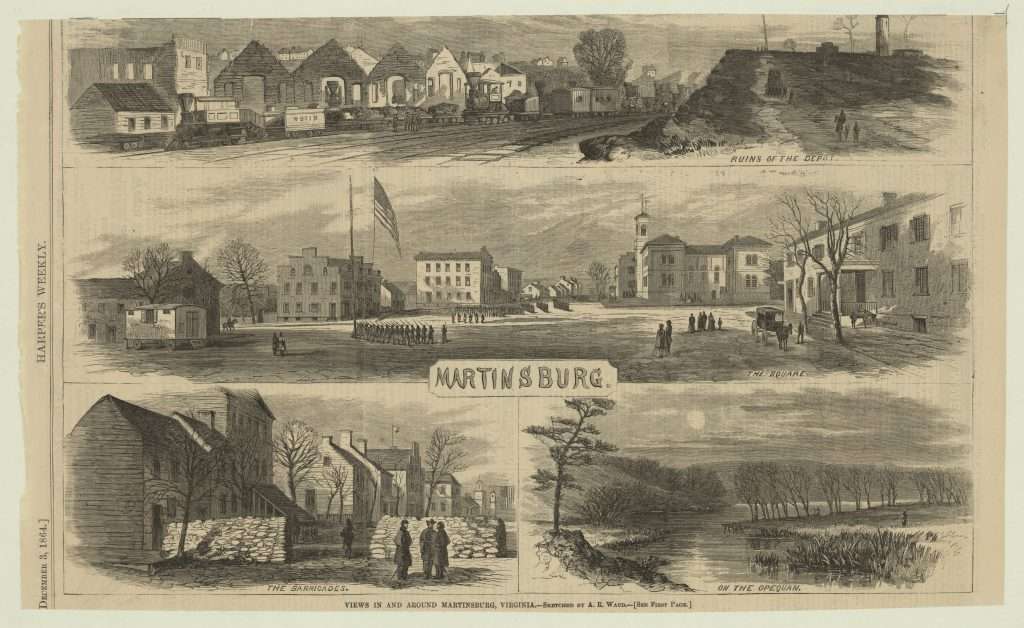 Scenes in Martinsburg, Virginia (now West Virginia), show the ravages of war: the railroad depot in ruins, barricaded streets, and the central square under occupation by Union troops. Located on the Baltimore and Ohio Railroad line and set in the strategic northern portion of the Shenandoah Valley, the town of Martinsburg changed hands between Confederate and Union forces thirty-seven times and was the site of two battles. This engraving, based on an original drawing by Alfred R. Waud, was published in the December 3, 1864, edition of the periodical Harper's Weekly, and the accompanying text described the town as follows:

Its situation has rendered it a peculiarly undesirable place of residence, and especially so during the last few months, when its streets have been trampled now by the rough riders of the Confederate cavalry, and then again by the Federal troops of Sheridan’s army … The ruins of the depot buildings, and of houses burned in former attacks upon the town, give the usual air of desolation seen in border towns.