Responding to the Great Depression

Virginia had a delayed reaction to the Great Depression. The nature of its economy—the balance between agriculture, industry, and commerce, a diverse farming sector not dependent on one crop, the high rate of subsistence-level farming, and the support of federal money in the Washington and Norfolk areas—immunized the state from the immediate effects of the crisis. For instance, the state’s manufacturing did not include the heavy industries of steel and automobiles that sustained huge national losses. A major portion of Virginia’s industry was consumer-oriented, producing the sort of necessities that even a poverty-stricken people could not do without, such as food, clothing, and cigarettes. While these buffers eventually broke down, they minimized the depression’s effect on Virginia and contributed to its more rapid recovery by 1935. Most available statistics indicate that, compared to conditions in 1929, Virginia was relatively better off than most other states during the depression, with industrial productivity and employment rising rapidly in the last half of the decade. 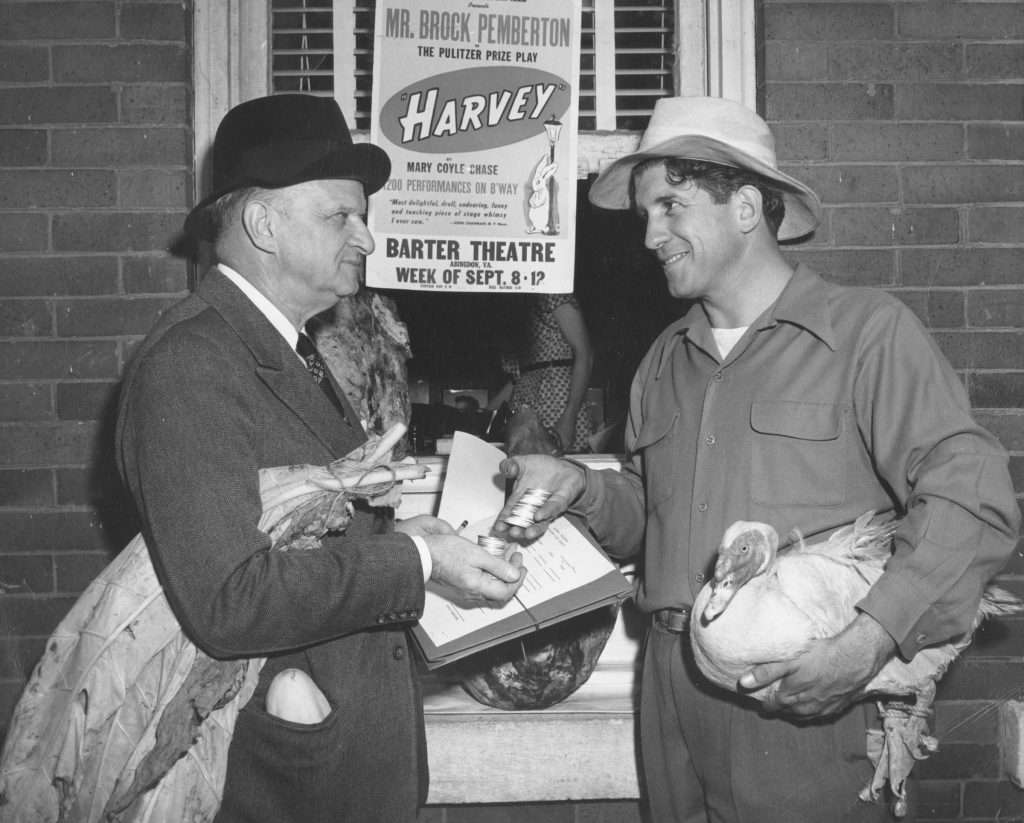 Nevertheless, the state was hardly “Depression-proof.” Unemployment began to rise more rapidly in 1931, farm prices plummeted, the state government cut spending to maintain a balanced budget, and relief rolls rose sharply. A year later in 1932, Virginia governor John Garland Pollard initiated a reduction in general appropriations to avoid a budget debt. Norfolk fired teachers, imposed salary cuts, and closed city kindergartens, and Richmond, where hunger marches had occurred, was spending $4,000 a week for relief. Almost two-thirds of Virginia’s counties reduced school terms to less than eight months. Unemployment peaked at 145,000 in July. Farm income had been cut in half. A lawyer from Grundy lamented, “We are in the red on all sides in Buchanan County… We have 1,150 families on the Red Cross flour and a number of others asking to be put on. We have hundreds of families who cannot put their children in school for the want of clothing… Men are begging for anything to do at any price. We must have some relief in some way.” But little assistance was forthcoming because private and public facilities had exhausted their resources.

On Virginia’s farms, it was a time for rigid economizing. Practically no agricultural machinery was purchased, and deterioration in buildings and equipment was widespread. Clarence Holt of Albemarle County recalled: “Money for necessities was scarce—for luxuries nonexistent … Dresses were made from chicken feed bags; more under garments carried the trademark of 4X flour than of any department store.” There was some discontent in rural areas, notably among the young, who often left home, but there were no riots, protests, or even a significant increase in crime. Indeed, many people were coming back to the farms, where they hoped to find greater security than in the cities. 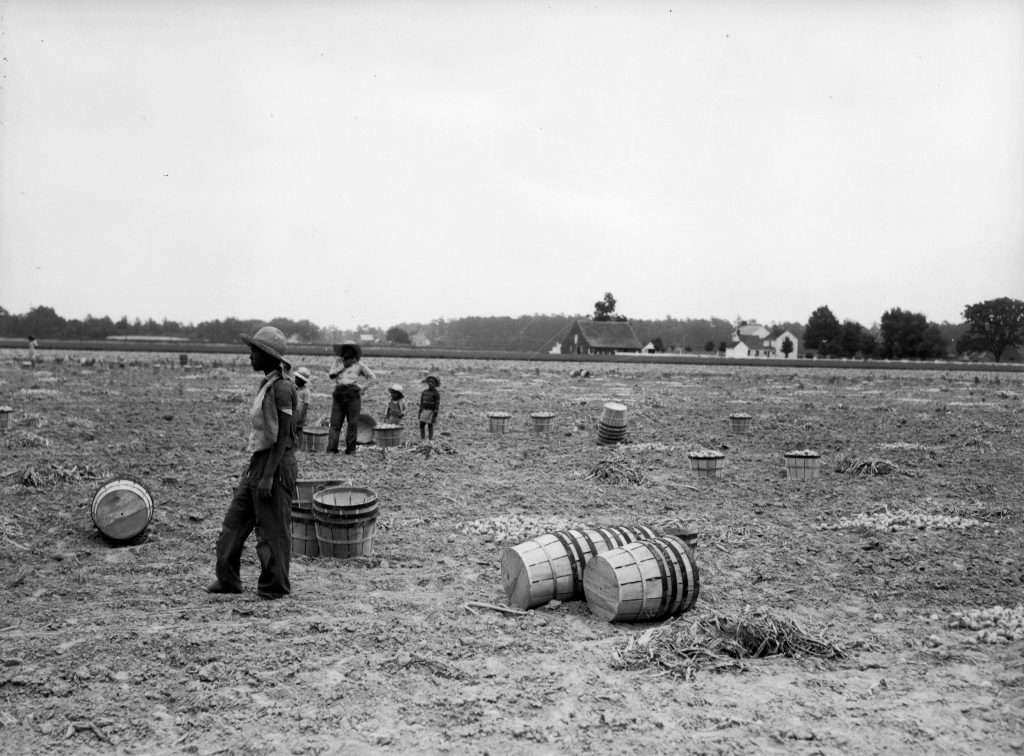 If the effects of the depression weren’t explosive in urban areas, there was the expectation, at least, that it might be. The less self-supporting urban centers experienced wholesale industrial layoffs and attracted unemployed drifters, thousands of whom crisscrossed Virginia seeking work. Many urban families relied on rural relatives for food, and a few enterprising Richmond residents bartered clothing for the canned fruits and vegetables of farmers in Amelia County. In Portsmouth one church was feeding a hundred people a day with leftovers collected from the Norfolk Naval Base there. As on the farms, urban dwellers economized and found new diversions. People who had sent out their laundry in the 1920s did their own washing in the 1930s. Resorting to foot power, they garaged the family car and allowed automobile licenses to lapse. Magazine subscriptions, vacations, and Christmas gifts were all cut back. They saved newspapers and old rags, repaired clothes, and cooked in a three-tiered depression pot to conserve energy. A few continued the clandestine pleasure of Jazz Age bootlegging.

The unemployed in Richmond endured high rates of illness, debt, and emotional problems. Many turned to begging, excessive drinking, and criminal activity, even prostitution. Caseworkers discovered people fearful of the future, depressed to the point of stealing or considering suicide, humiliated, angry, and feeling unwanted. College and marriage were often deferred.

The Great Depression and Black Virginians 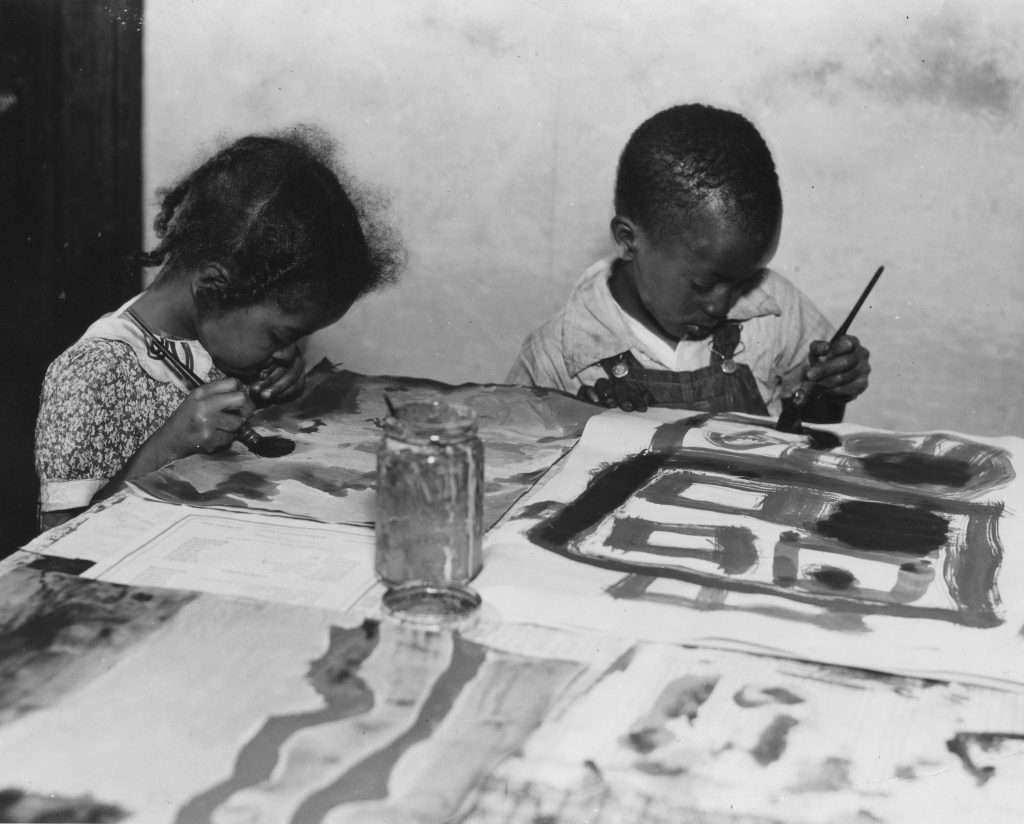 Class at the Lynchburg Art Gallery

If any segment of the Virginia population suffered the full effects of the Great Depression, it was black Virginians. Blacks generally were the “last hired and first fired,” their wages were at the bottom of the wage scale, and they faced continued discrimination in finding jobs and relief. Their decades-old poverty, however, made the transition to greater deprivation somewhat easier. In fact, some blacks noted very little change, being “used to hard times anyway.” But William Robinson, of Norfolk, recalled the nearly starving black children around Suffolk who were not going to school because they had no clothes and who were without medical services.

The Great Depression brought undue misery to thousands of Virginians, impoverishing, disrupting, and scarring their lives—in some cases permanently. But economic diversity, fiscal conservatism, a class structure of protected elites and the already poor, and a stoic attitude softened the blow. So, too, did the New Deal programs of President Franklin Roosevelt that challenged Virginia leaders’ traditional aversion to government interference. For good or ill, the development of the modern welfare state in America found its origins in the depression experience. But even the New Deal did not solve the Great Depression, which eventually succumbed to the massive spending for World War II.

RELATED CONTENT
Categories:
Related SOLs:
MAP
TIMELINE
1929
The Great Depression begins with the crash of the U.S. stock markets.
1931
Virginia's unemployment rate begins to rise rapidly as the effects of the depression begin to take their toll on the state.
1932
Governor John Garland Pollard initiates a cut in general appropriations to avoid a budget debt due to the depression.
FURTHER READING
Barter Theatre
CITE THIS ENTRY