The Grand United Order of True Reformers began in 1873 in Alabama and Kentucky as a fraternal society for African Americans. It was managed, to a large extent, by deputies of the all-white, pro-temperance organization the Independent Order of Good Templars. William Washington Browne, an African American who spoke passionately against “king alcohol,” tried to apply for formal membership to the Good Templars but was denied because of his race. When the Good Templars agreed to foster a separate all-black affiliate group called the United Order of True Reformers, Browne accepted this level of support. Although Browne did not actually found the True Reformers, he eventually transformed the order into a mutual benefit association and broadened the organization’s membership by traveling throughout the South building smaller chapters—or “sub-fountains”—while preaching temperance. From Browne’s perspective, alcohol and drunkenness were the primary causes for the disproportionate numbers of blacks in penitentiaries and, because convicts were denied the right to vote, the main reasons that so much of the black community had been disfranchised. During his address to the order on April 8, 1895, Browne recounted that by 1879, the work of the True Reformers had helped reduce the number of blacks condemned to work on the chain gang from five thousand convictions per year to only five hundred.

While more fountains of the True Reformers and other temperance societies came into existence during this time, the True Reformers went through a period of bitter infighting caused primarily by Browne’s desire to change the organization’s course and focus. As Reconstruction (1865–1877) ended and the era of Jim Crow began, Browne came to believe that the organization was adequately supporting the commercial and educational needs of poor blacks. While the federal government had provided some assistance through the Freedmen’s Bureau, that agency’s resources were not sufficient, and Browne’s ambition—pursued via the Grand Fountain—was to create an all–African American economy of goods and services, independent of government assistance.

Meanwhile, Virginia’s branch of True Reformers, which Browne helped to establish in 1875, was undergoing its own transformations. With little local leadership behind it, Virginia’s branch was in decline. Attracted to Browne’s progressive ideas for the order and desiring rejuvenation, a committee of True Reformers from Richmond, including W. H. L. Combs, Junius T. Brown, and Grand Worthy Master J. O. Vaughn, invited Browne to Virginia in December 1880. 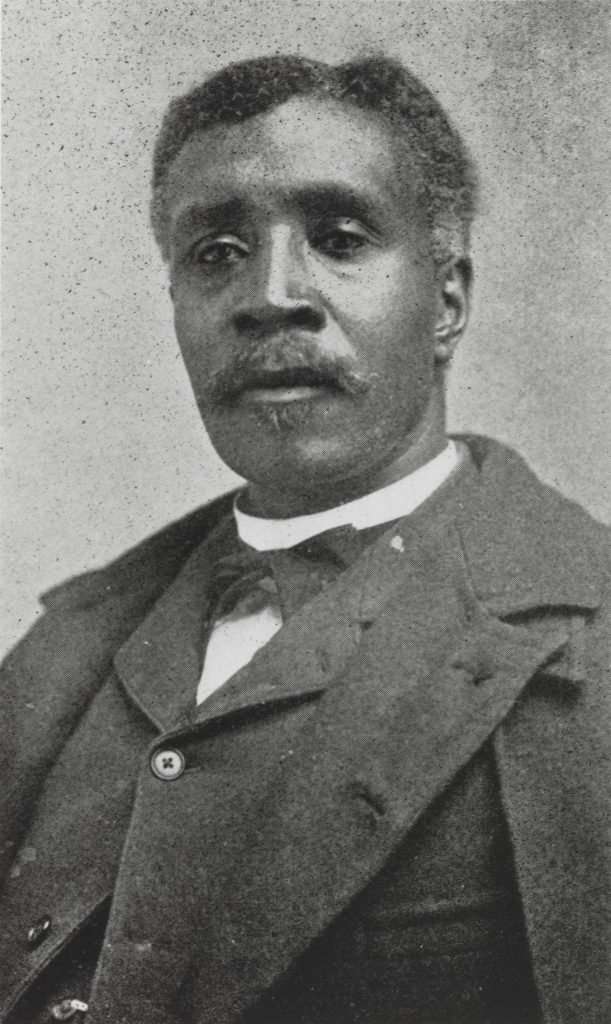 Browne was elected grand worthy master of Virginia, and on January 11, 1881, two weeks after arriving, he announced plans to make the True Reformers into a mutual benefit association. As a mutual benefit association, or what amounts to an insurance company, the order would focus more on securing the financial future of its members. Such a move, he said, would “throw the broad mantle of charity around the whole family” of members in times of sickness and death. It was also at this meeting that the name of the order was officially changed from the Grand United Order of True Reformers to the Grand Fountain of the United Order of True Reformers.

The order’s new purpose and message helped the organization grow and by 1892 it had expanded to 765 chapters with more than 40,000 members nationwide. To make the insurance component of the True Reformers work, Browne proposed that members would have to buy death-benefit certificates for $1.50. As a benefit, the order would pay the member’s heirs $100, and, as more fountains were established, this benefit would continue to rise. The death benefit, however, would eventually be lowered to $50, because anything higher could not be sustained. Believing that Browne was more focused on his economic ventures than the original charitable purposes of the organization, a faction of the order obtained a charter under the name of the Supreme Fountain Grand United Order of True Reformers on January 18, 1884, to focus on the order’s original purpose: “to take care of its sick and destitute members, to bury its dead, to support the widows and orphan children of deceased members, [and] to encourage and promote good morals and knowledge among its members and their families.”

With the True Reformers now effectively split—one group meeting the charitable needs of the community and the other building up the community economically—Browne was better able to concentrate on his entrepreneurial plans for the organization. Between 1883 and 1885 the order grew from nine to fifty-two fountains. This rapid growth permitted the order to change from charging a one-time premium for its members to a graduated system that considered the age of its members when calculating premiums. This new system helped the order for the first time become profitable.

The order also created the Rosebud Nursery in 1885, which extended the ideals of thrift, self-reliance, and temperance to children of the order. Like their older counterparts, these younger members paid monthly dues to receive sickness and burial insurance. The name of this new department, “Rosebud,” reflected Browne’s belief that the future life, hope, and health of the order and of the black race rested in children. By 1907 more than thirty thousand children were members of the order.

While the True Reformers continued to grow financially and in membership, it also expanded geographically. In the same year that the Rosebud Nursery was created, Browne helped to start a fountain in Charlotte County in Southside Virginia. As the new fountain accrued insurance premiums, its members deposited the funds with a local white storekeeper to keep the money safe before they sent it to the Grand Fountain in Richmond. Racial tensions in Charlotte County were high, in part due to the lynching of Richard Walker in May of 1886. Fearful of an organized black community, the storekeeper informed other white citizens about the financial deposits and the whites demanded that the fountain disband. Although angered by the incident, Browne saw an opportunity to safeguard the money of black members and investors: he would build a bank. 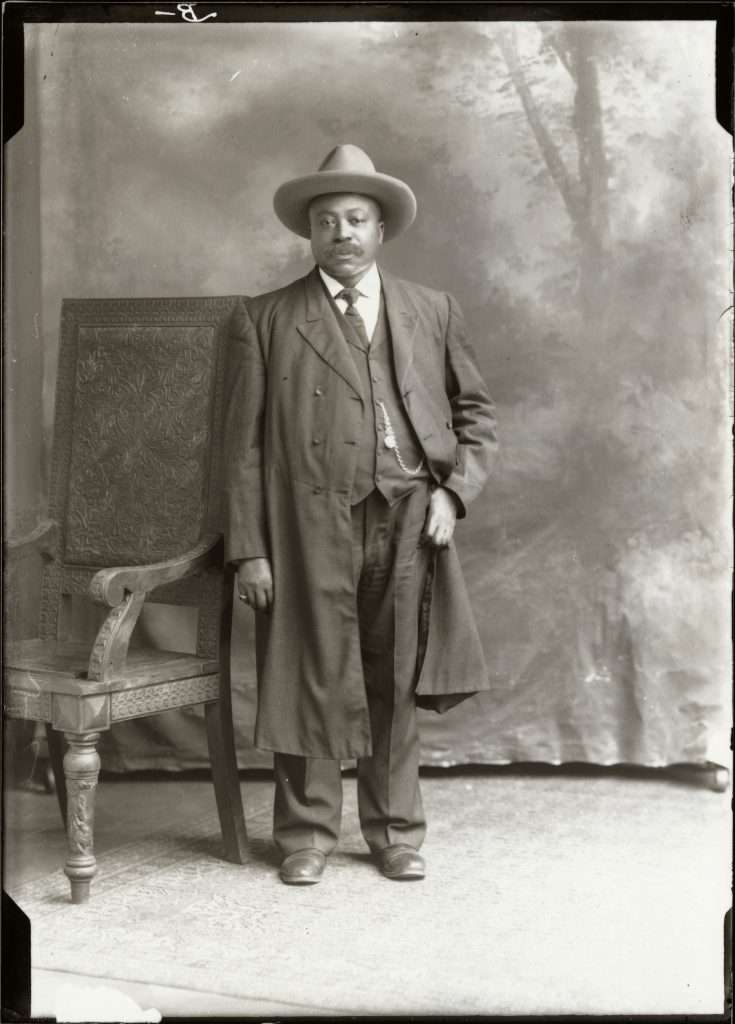 With the help of Giles B. Jackson, a member of the order who wrote the articles of incorporation, the Savings Bank of the Grand Fountain of the United Order of True Reformers was created on March 2, 1888, by an act of the Virginia General Assembly. On April 3, 1889, the bank became the first black-owned, black-operated financial institution to be chartered in the United States and was the second black bank to begin operations (the first was the Capitol Savings Bank of Washington, D.C., which opened on October 17, 1888). Using deposits to the bank, the order was able to expand its investments in real estate, acquiring fourteen meeting halls, three farms, an office building, and a fifty-room hotel. Having outgrown the Grand Fountain’s first hall at Lee and Second streets, in 1891 Browne directed the construction of a large, multipurpose building at 604–608 North Second Street, which would contain an auditorium and meeting space, offices for mercantile and real estate activities, and a bank. In Browne’s view, if blacks were forced to live a life segregated from the financial, social, and educational opportunities to which whites had access, they would do so by creating opportunities for success and advancement within their own community.

The True Reformers looked for ways to invest in activities and industries that spread their message of economic uplift. In 1893 the order began publishing a bimonthly newspaper, the Reformer, which by 1900 was a weekly publication with a circulation of 8,000. In 1898 the order incorporated the Old Folk’s Home, a 634-acre residential facility on a farm outside of Richmond for the elderly where occupants were cared for even if they were not members of the organization. And in December 1899, the order chartered the Reformers Mercantile and Industrial Association, which, according to the scholar James D. Watkinson, “merely formalized and brought under one roof the workings of the real estate department, the Reformer offices and printing department” and the order’s other businesses. The association allowed the order to open stores that, in addition to selling produce from its farms, also sold groceries, farm implements, and goods manufactured by the group’s members. These ventures helped establish the True Reformers as a model of self-sufficiency for other organizations. Maggie Lena Walker emulated the order in her efforts to resuscitate the near-bankrupt Order of Luke, another African American fraternal organization based in Richmond.

Maggie Lena Walker and the Independent Order of St. Luke

After Browne died from cancer in 1897, the United Order of True Reformers was run by committee. By the beginning of the twentieth century, the True Reformers had established branches in twenty-four states and had paid out more than one million dollars in death benefits. In 1902, at 12th and U streets in Washington, D.C., the True Reformers erected a five-story edifice designed by black architect John Lankford, built by a black construction firm, and financed solely by African Americans. Now known as the True Reformer building, the first floor was used for commercial and retail space, and physicians and lawyers rented the upper floors. In the basement was an armory and drill room used by Washington’s black National Guard unit. For the building’s dedication ceremony in July 1903, U.S. president Theodore Roosevelt sent the group written congratulations for erecting the structure without incurring any debt, stating: “No one can watch with more interest than I do the progress of the colored race; and with the colored man as with the white man, the first step must be to show his ability to take care of himself and those dependent on him.”

The business network created by the True Reformers fell apart in 1910. In that year it was discovered that the cashier of the Reformers Savings Bank had embezzled more than $50,000 from member deposits. This scandal became public at the same time that several businesses defaulted on a series of large unsecured loans, leaving the True Reformers unable to pay insurance claims. The Virginia State Corporation Commission closed the bank on October 20, 1910, leading to the collapse of most of the True Reformers other ventures largely because they were all tied to the bank as their financial core.

A shell of what it once was, the order continued to serve as a fraternal organization and provide insurance benefits until 1934 when, according to Watkinson, its name disappeared from the Virginia State Corporation Commission’s records. In 1989, the True Reformer building in Washington, D.C., was placed on the National Historic Register.