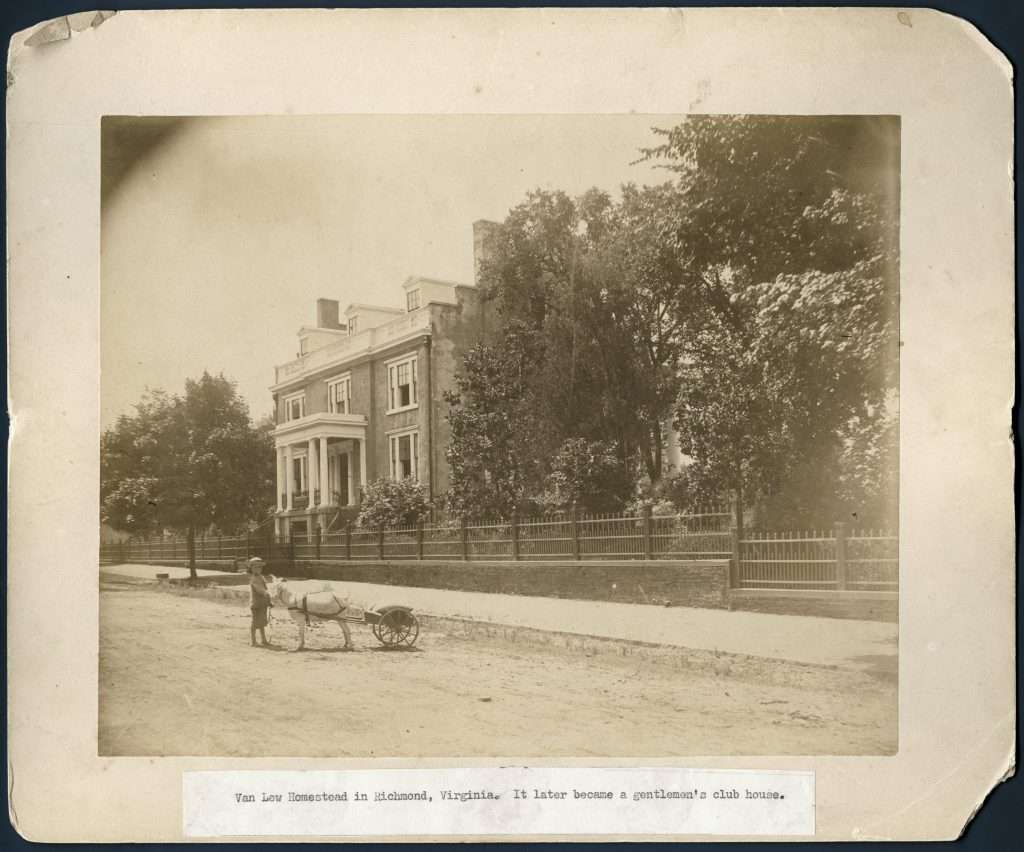 Walker was born Maggie Lena Mitchell on July 15, 1864, on the Van Lew estate in Richmond. (Until 2009, most scholars thought that 1867 was her birth year.) Mitchell’s mother, Elizabeth Draper, was a former enslaved woman who worked as an assistant cook for Elizabeth Van Lew, an abolitionist, Unionist, and spy for the Union during the American Civil War (1861–1865). It was in the Van Lew house that Draper met Eccles Cuthbert, an Irish American who reported from Virginia for the New York Herald. Although Cuthbert was Walker’s biological father, there is no record that suggests Cuthbert and Draper married. What is known is that soon after Walker was born Draper married William Mitchell, who worked for the Van Lew household as a butler. The couple had a child, Walker’s half-brother, Johnnie Mitchell, in 1870.

When William Mitchell left the Van Lew household and became the headwaiter at the prestigious Saint Charles Hotel, the family was able to set out and rent a small house of their own in College Alley near the Medical College of Virginia. In February 1876, William Mitchell’s body was found drowned in the James River. While authorities claimed the death was a suicide, Walker’s mother insisted that he had been murdered. William Mitchell’s death plunged his widow and her two children into poverty. As a way for the family members to provide for themselves, Elizabeth Mitchell began a small laundry business. Walker assisted by returning clean laundry to white patrons, a position that allowed her to observe the economic and social disparity between the races. This part of her childhood left such an impression on Walker that years later, in 1904, she recalled, “I was not born with a silver spoon in my mouth, but with a laundry basket practically on my head.” 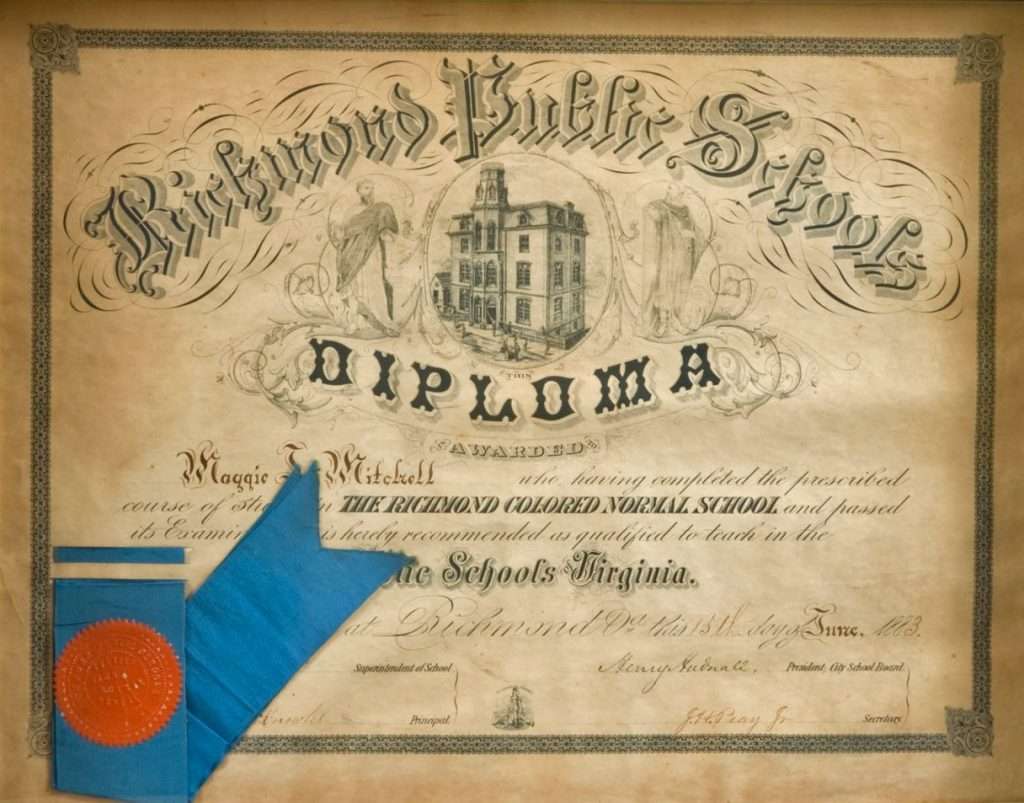 Despite her poverty, Walker was among the fortunate Blacks late in the 1870s who attended newly established public schools for African Americans in Richmond. She went to the Lancasterian School, also known as the Valley School, followed by the Navy Hill School and Richmond Colored Normal School, where she was trained as a teacher. After graduating in 1883, she taught for three years at the Valley School. On September 14, 1886, she married Armstead Walker Jr., who worked in his family’s construction and bricklaying business; however, due to a school policy that forbade the employment of married women, she was forced to quit her teaching position. The couple had three sons—Russell Eccles Talmadge Walker was born in 1890; Armstead Mitchell Walker was born in 1893, but died seven months later; and their youngest son, Melvin DeWitt Walker, was born in 1897—and one adopted daughter, Polly Anderson.

In 1904 the Walkers purchased their family home at 110 1/2 East Leigh Street, located in Richmond’s Jackson Ward neighborhood, which was dubbed—as the hub of Richmond’s African American business and cultural life—the “Harlem of the South.” The Walkers opened their home to numerous family members including their children and grandchildren. Over time, the home expanded from nine to twenty-eight rooms to accommodate the rapidly growing family.

The Independent Order of Saint Luke

During the latter part of Forrester’s tenure and after she was forced to abandon her teaching career when she married, Walker rose through the Independent Order’s ranks and used her positions to continue to influence young people. In 1895, as grand deputy matron, she established the Juvenile Branch of the Independent Order of Saint Luke in order to instill a sense of community consciousness and confidence in young African Americans. The branch stressed the importance of education and community service. To underscore her belief that the future success of the order and of society itself came from investing in youth, Walker adopted the maxim: “As the twig is bent, the tree is inclined.”

On the eve of the Independent Order’s bankruptcy, Walker was elected to replace Forrester as Grand Secretary, a post she held until her death in 1934. Having spent sixteen years holding a variety of positions in the organization, Walker brought a diversity of perspectives to her new role. And with that diverse experience, she devoted the rest of her life to building membership and resources, expanding activities in business and social service, and keeping the financial operations efficient. Under Walker’s guidance, the Independent Order of Saint Luke’s fortunes were completely reversed. Although she inherited the order deep in deficit, over the twenty-five years of her leadership it collected nearly $3.5 million, claimed 100,000 members in twenty-four states, and built up almost $100,000 in reserve.

On August 20, 1901, she delivered a now-famous speech before the Independent Order’s council in which she declared her vision to take the organization to greater heights by creating a conglomerate: a bank chartered and operated by the order’s members, a newspaper to herald the good news of the order, and a department store run by black employees and geared to black consumers with goods they wanted at more affordable prices than those of white retailers. It was through this consolidation of communication, money, and industry that the African American community could become economically independent, mobilized, and self-sustaining. Within five years, Walker guided each of these enterprises to fruition. The St. Luke Herald began operation in 1902, the Saint Luke Penny Savings Bank opened for business in November 1903, and the Saint Luke Emporium was in operation by April 1905. 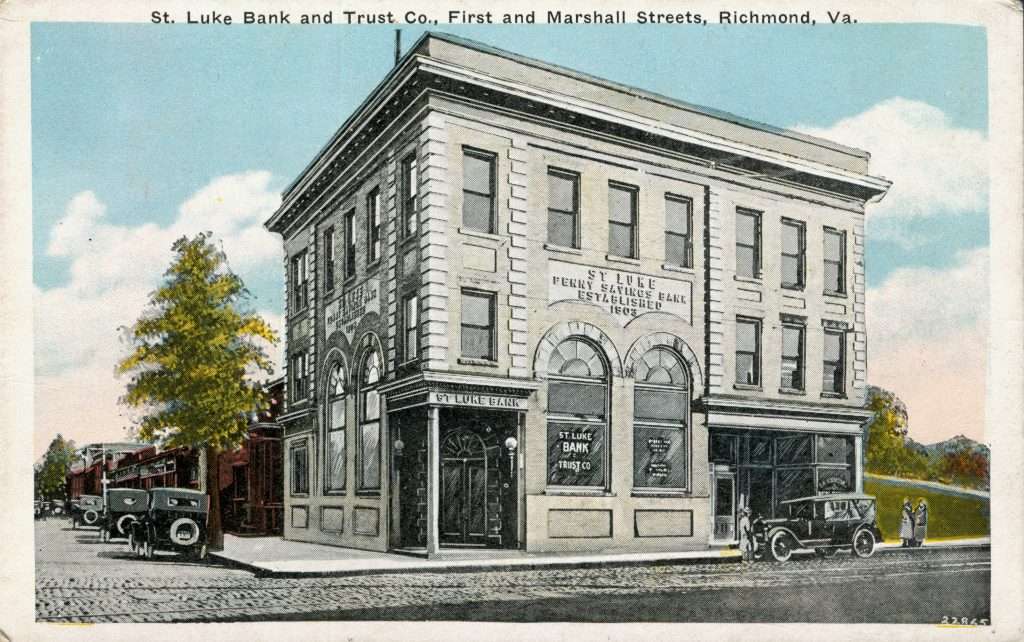 Of her hope for the bank, Walker declared: “Let us put our moneys together; let us use our moneys; let us put our money out at usury among ourselves, and reap the benefit ourselves … Let us have a bank that will take the nickels and turn them into dollars.” She encouraged young members to start early by opening bank accounts so that their money would grow as they grew and they would be able to achieve economic independence from white employers. The bank’s success was one ingredient that ensured the longevity and stability of Richmond’s black middle class and it also facilitated the increase of Black home ownership in the city. During the Great Depression, while other banks failed, Walker kept the Saint Luke Penny Savings Bank alive by merging it with two other banks to create the Consolidated Bank and Trust Company in 1930. At the beginning of the twenty-first century, the bank continued to exist and was the oldest bank in the United States that has been continuously run by African Americans. 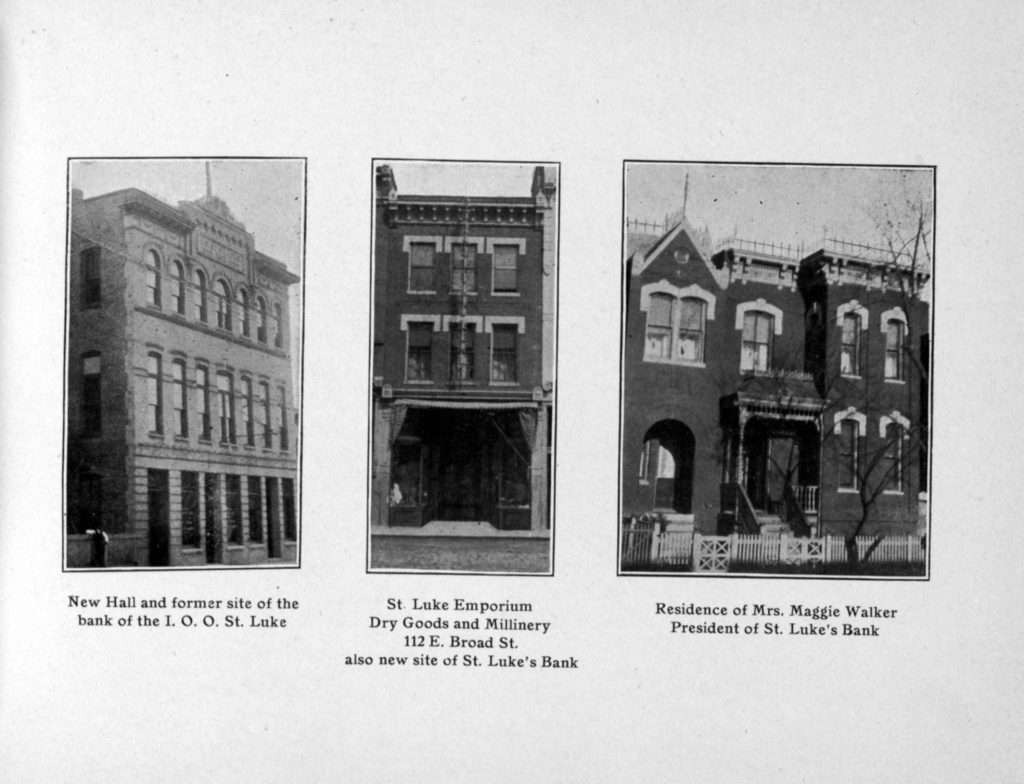 While Walker’s (and therefore the Independent Order’s) successes were extraordinary, particularly given the reactionary social and political environment of that time, the white community and Virginia’s state government certainly posed challenges to her vision. After the embezzlement scandal and failure of the United Order of True Reformers’ bank in 1910, the Commonwealth of Virginia mandated that fraternal societies and financial institutions be separate. In compliance, the St. Luke bank became officially independent of the order. The Saint Luke Emporium, the retail arm of Walker’s three-part conglomerate that offered African American women opportunities for work and the Black community access to cheaper goods, struggled from its beginnings. As a result of organized opposition from white retailers and reluctance from Black consumers who continued to patronize white businesses (perhaps fearing repercussions if they did not), the emporium could not make money and was forced to close its doors in 1911.

Amidst these obstacles and setbacks to her business, Walker also faced misfortune and tragedy. In June 1915 Russell Walker shot and killed his father after mistaking him for an intruder. He was arrested for murder and, after five months awaiting trial, was declared innocent. Russell Walker never recovered from the accident, however, and after eight years battling depression and alcoholism, he died on November 23, 1923. Walker developed diabetes and, because of her failing health and a leg wound that never healed, spent the last decade of her life in a wheelchair. 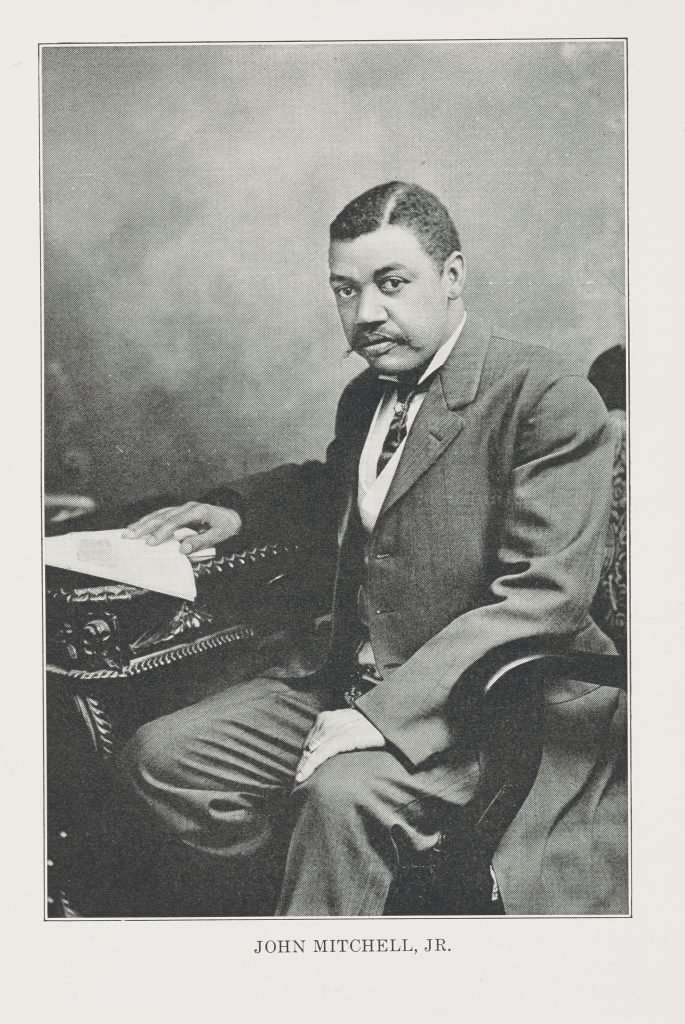 Still, as Walker’s reputation as a powerful speaker and entrepreneur continued to grow, she engaged in major civic issues and became an activist against discrimination and segregation. She was cofounder of the Richmond Chapter of the National Association for the Advancement of Colored People and the Council of Colored Women. She was one of the organizers of the 1904 boycott that protested the Virginia Passenger and Power Company’s policy of segregated seating on Richmond streetcars. The boycott was so successful that the company went out of business within the year. In 1921 Walker ran on the “Lily Black” Republican ticket (the “Lily Black” Republicans were an all-Black offshoot of the Republican Party) with John Mitchell Jr., editor and publisher of the Richmond Planet. With Mitchell running for governor, Walker sought the post of superintendent of public instruction; however, all of the Black Republicans lost. Somewhat disillusioned by politics (in a journal entry from 1925 she explains her decision to vote for an entirely Democratic ticket by stating that “one party is as good as the other”), she continued to work for change within her community. She was a major contributor to the Industrial Home for Wayward Girls, operated by her friend Janie Porter Barrett. She also was an ardent supporter of the antilynching movement.