Edward Dwight Daniels was born on January 19, 1828, in Cambridge, Massachusetts. When he was about eight years old, his father, Nathaniel Daniels, died. His widowed mother, Nancy Hay Daniels, moved the family to Orleans County in western New York. Daniels attended Oberlin Collegiate Institute from 1843 until poor health caused him to leave the Ohio school in 1846. He then joined a government survey and helped build railroads before moving to Ripon, Wisconsin, in 1848 to live in a cooperative agricultural community. 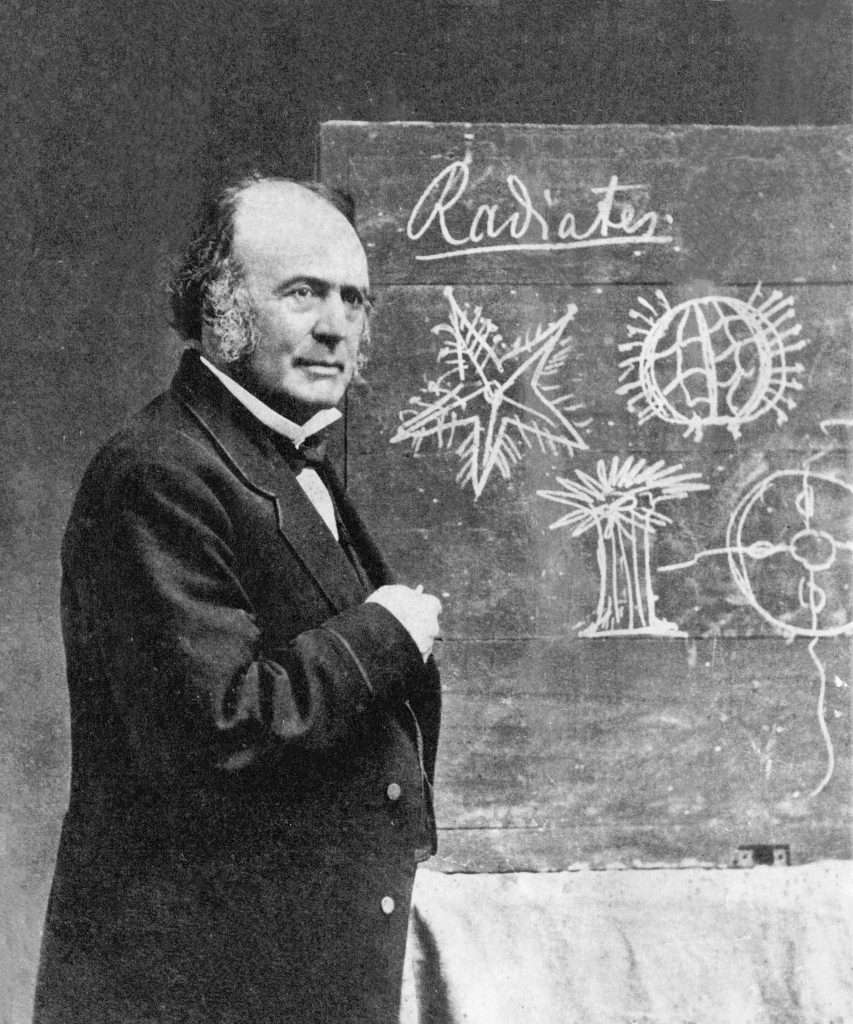 Daniels studied geology informally with several prominent northeastern professors, including Louis Agassiz, and then returned to Wisconsin, where he was appointed the first state geologist in 1853. Removed by the governor the following year, Daniels in effect regained the position in 1857 when he became one of the state’s commissioners of geology. An abolitionist by 1856, he led the State Kansas Aid Society of Wisconsin. Under its auspices Daniels helped mount two colonizing expeditions to Kansas to counter with free labor, free schools, and free men the influx of slave-owning settlers. He married Ione Gove on March 1, 1859, most likely in Waukesha County, Wisconsin. Of their one son and three daughters, one died as an infant.

Shortly after the American Civil War began, Daniels was commissioned a colonel and authorized to organize the 1st Wisconsin Cavalry, which he had readied for combat by March 1862. His military career was short and undistinguished. Assigned to guard Cape Girardeau, Missouri, in April 1862, Daniels violated his orders and led incursions into northeastern Arkansas, a maneuver that left his post vulnerable to a Confederate raid. He resigned his commission on February 5, 1863, as a result of continued poor health.

During the Civil War, Daniels investigated the possibility of manufacturing iron in Chicago. He invested in a patent for a new type of furnace and in the Illinois Valley Coal Company in La Salle, Illinois. He tried to settle a labor dispute by the novel method of offering his employees the opportunity to participate in a cooperative arrangement. After Daniels suffered a severe case of pneumonia during the winter of 1867–1868, his doctor suggested he move to the South. Daniels sold his interest in the company, as well as other midwestern assets, and purchased Gunston Hall, the one-time Fairfax County residence of George Mason, a Revolutionary-era statesman. On February 6, 1868, Daniels paid $20,000 for the house and approximately 1,000 acres of land. Between that year and mid-1891, he attempted to transform Gunston Hall plantation into a varied economic enterprise infused with the free-labor principles typical of the New England and New York of his youth and the Wisconsin of his young manhood. Concentrating on the production of fruits and vegetables, Daniels hired African American laborers and trained them in scientific farming techniques with the intention that they would embrace northern ideals of thrift, independence, and upward mobility and eventually acquire their own land. In spite of the difficulties in turning a profit in capital-starved postwar Virginia, he paid his workers relatively high wages, and several were able to purchase their own land.

As part of his goal of creating a community of independent farmers and artisans, Daniels was a founding director of the Co-operative Industrial Association of Fairfax County (later the Industrial Home Company), incorporated in 1876 as a cooperative, self-sufficient community. He also tried to establish a suburban settlement called Sunnyside near Gunston Hall. After he improved the estate’s wharf, he became a founding director and member of the executive committee of the Upper Potomac Steamboat Company.

Daniels extended his ambitions for reform into politics. In 1871 he purchased a Richmond newspaper, the Evening State Journal, which he edited and published in support of the Republican Party for three years before selling it. Also in 1871 Daniels and Westel Willoughby, a New York native who had served on the Virginia Supreme Court of Appeals for a few months in 1869 and 1870, were the unsuccessful Republican candidates for the two seats in the Senate of Virginia representing the city of Alexandria and the counties of Alexandria, Fairfax, Loudoun, and Prince William. Daniels attended the Republican National Convention in Philadelphia in 1872 as an at-large delegate. That year he ran for the House of Representatives in the Eighth Congressional District (comprising the counties of Alexandria, Clarke, Culpeper, Fairfax, Fauquier, Frederick, Loudoun, Madison, Orange, Rappahannock, and Warren and the cities of Alexandria and Winchester) but lost by about 2,500 votes of more than 19,200 cast. 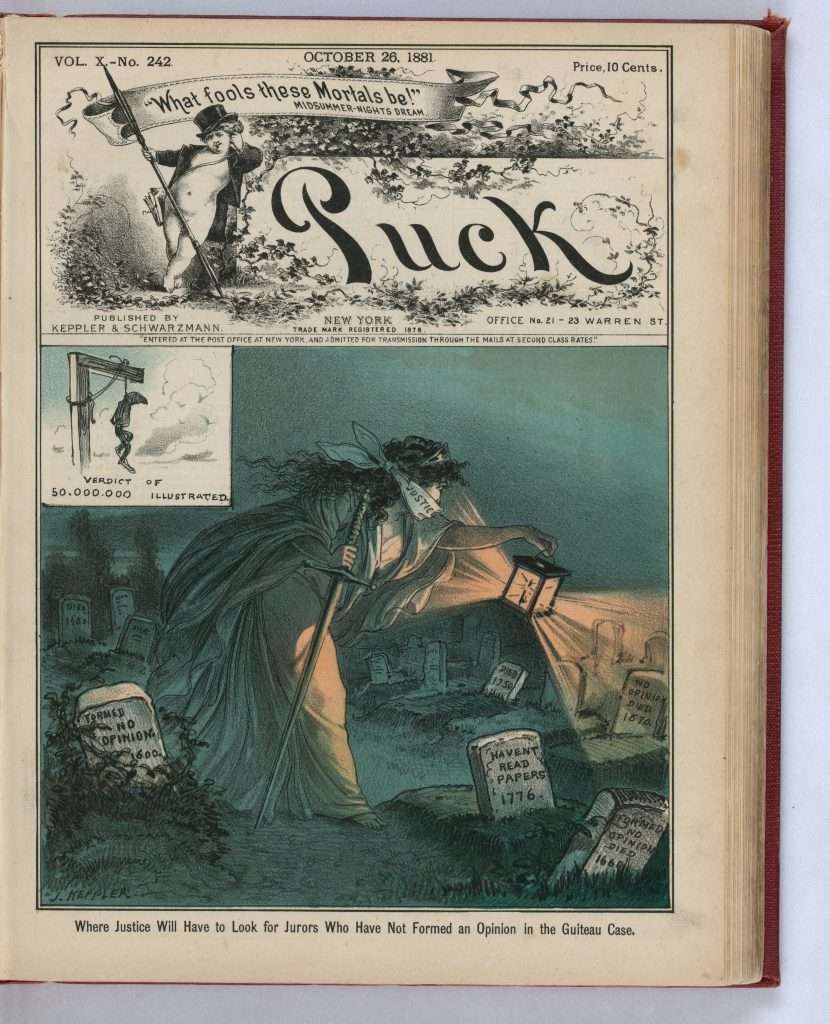 Daniels addressed the Republican State Convention on the currency issue in 1876 and blamed the country’s economic problems on moneyed elites. Late in the 1870s he joined the Greenback movement, perhaps as a consequence of his increasing indebtedness and the unprofitability of Gunston Hall. In 1880 and 1881 Daniels served on the party’s executive committee. He also supported the emerging Readjusters, a biracial political coalition in Virginia that hoped to improve the state’s economy and schools and reduce the burden of paying off the antebellum public debt. In December 1881 Daniels testified in behalf of Charles Julius Guiteau at his trial for assassinating President James A. Garfield.

Gunston Hall’s financial problems made it difficult for Daniels to implement his educational philosophy and to train freedpeople and poor whites in agriculture and as artisans. He helped found a primary school for black children that survived into the 1920s, but two other efforts failed as a result of his inability to obtain adequate funding. In 1882 Daniels incorporated and served as general agent for the Society to Promote Industrial Education, to which he promised 100 acres for establishing the George Mason Industrial University of the Potomac. The land never changed hands, however, because the school did not raise the money that Daniels had stipulated. He printed and circulated a “Plan for Industrial Schools” and in 1890 was a founding manager of the Mount Vernon Children’s Industrial Home Society, which also failed for a lack of money.

By the 1880s Gunston Hall teetered on the edge of financial ruin. Daniels spent about a year in Saint Paul, Minnesota, where in 1883 he volunteered his efforts to help the Saint Paul Academy of Natural Sciences recover from a devastating fire. In 1885 and 1886 he edited a labor newspaper, Our Country, in New York City. His wife, tired of frequent moves, constant traveling, debt, and suspected adultery, left Daniels in 1886 and lived her final years with her adult children in Nebraska and Iowa. She died in September 1899.

On June 18, 1891, Daniels sold Gunston Hall but retained a small plot of land for himself. He spent much time in the West visiting his children, lecturing, and writing for an agricultural journal published in Omaha, Nebraska. In letters to the editors of various newspapers Daniels continued to decry the lack of a national fiscal system, advocated civil service reform, and encouraged the development of rural, largely self-sufficient communities. On March 5, 1901, in Omaha, he married Julia E. Rennie, a schoolteacher. They had no children. Daniels died at his farm near Gunston Hall on April 19, 1916, of heart and liver failure and was buried in Arlington National Cemetery.