Horace Blois Burnham was the son of Judson Williams Burnham and Mary Blois Burnham. He was born on September 10, 1824, probably in Columbia County, New York. The family moved to eastern Pennsylvania, where Burnham grew up and studied law. He was admitted to the bar at Wilkes-Barre on August 12, 1844. By 1848 he had married Ruth Ann Jackson. They had one son and two daughters. Burnham lived in Mauch Chunk (later Jim Thorpe), Pennsylvania, and practiced law until the outbreak of the Civil War. 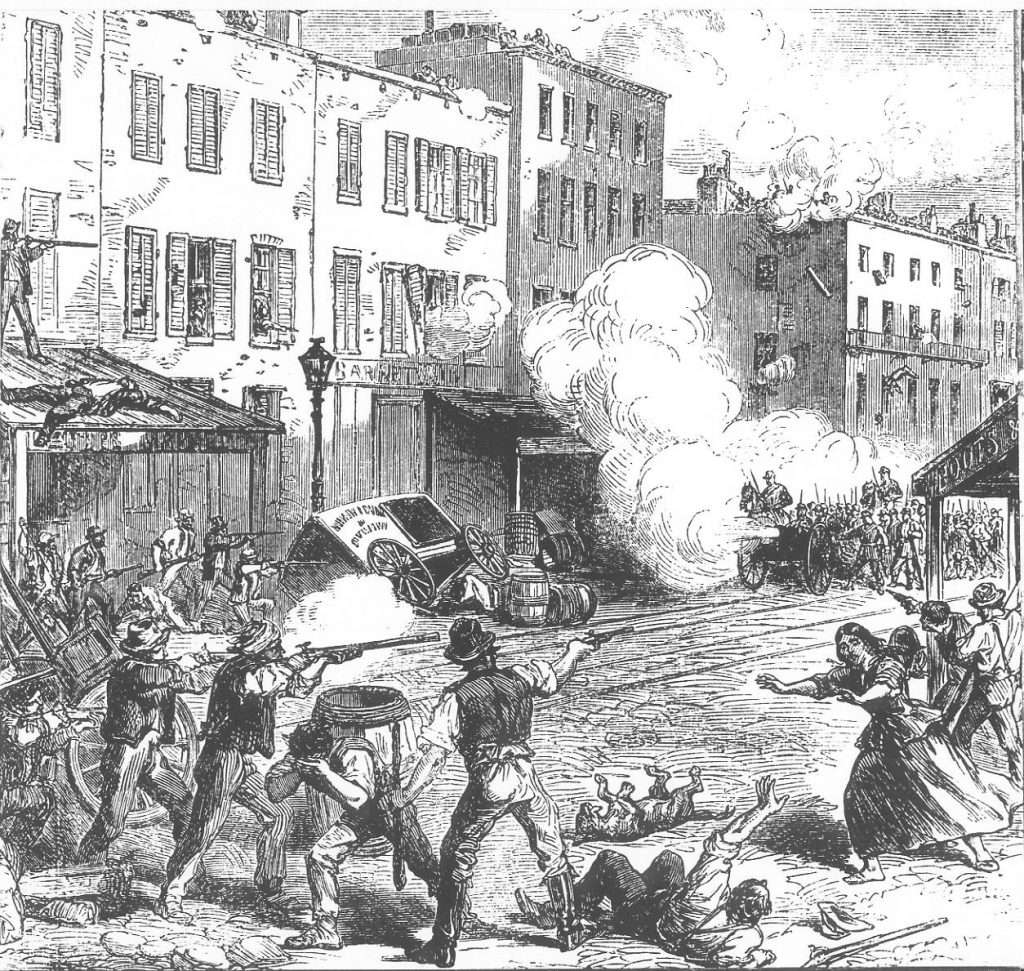 On July 26, 1861, Burnham began recruiting a regiment and on October 31 was commissioned lieutenant colonel of the 67th Pennsylvania Infantry Regiment, which was called into federal service on March 31, 1862. The unit was initially assigned guard duty in Maryland but had the majority of its personnel captured at the Second Battle of Winchester on June 15, 1863. Burnham avoided this fate, and except for an interval in New York City during which he briefly commanded a brigade putting down the draft riots in mid-July 1863, he led the two-company rump of the regiment until the captured men were exchanged and returned to duty that October. In December 1863 Burnham was detailed to Washington for service as a judge advocate, and with the expiration of his three-year term of enlistment he resigned on November 18, 1864, as lieutenant colonel of the 67th and accepted a commission as major and judge advocate, to date from October 31 of that year. When his painful sciatica permitted he served on general courts-martial under the orders of the Department of War. Burnham was awarded the brevet ranks of lieutenant colonel and colonel of volunteers on March 13, 1865. From May 23, 1866, until April 1867 he served in the Bureau of Military Justice, and on February 25, 1867, he was transferred to the permanent military establishment. 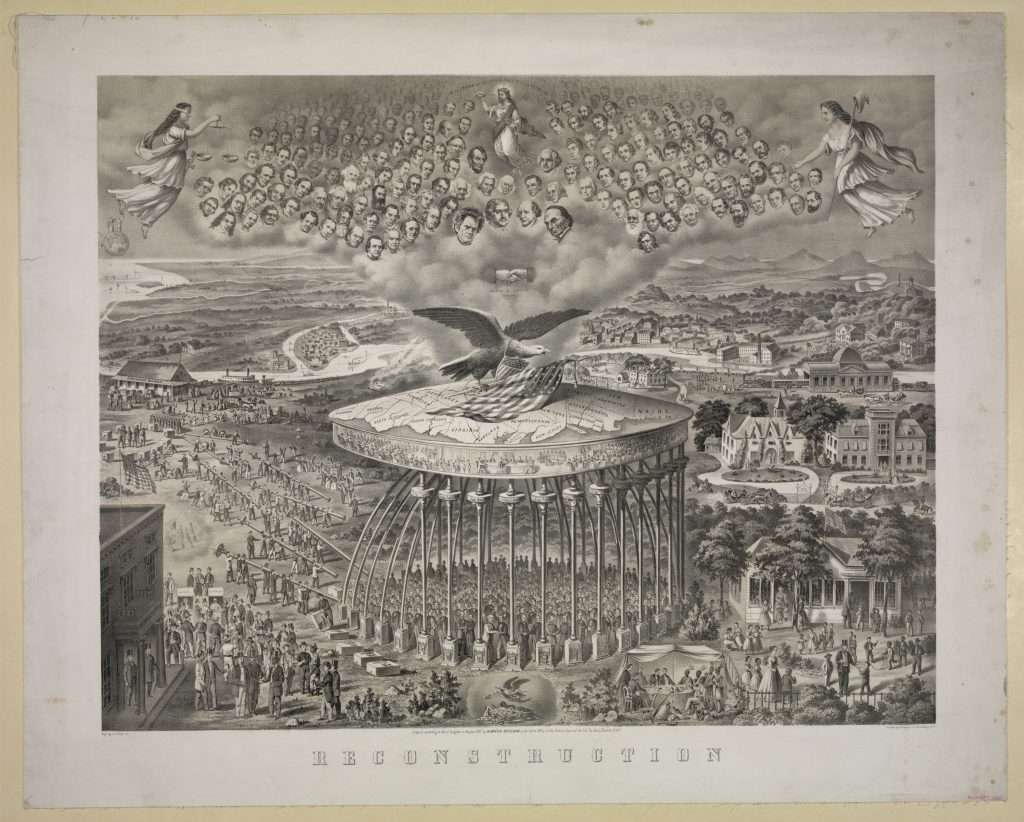 On April 18, 1867, Burnham was appointed chief judge advocate of Military District Number One, the army unit that administered Virginia during Reconstruction, and he moved to Richmond. On September 11, 1867, the commanding general appointed him judge of the Richmond City Hustings Court to succeed William H. Lyons, who had died. Burnham presided over the Hustings Court in the trial of civil and criminal cases. A separate bench composed of the city’s aldermen (sometimes called the Hustings Court of Magistrates) dealt with misdemeanors, issued licenses to keepers of ordinaries, and attended to similar administrative duties. The Mayor’s Court dispensed summary judgments in cases involving petty misbehavior. Burnham first convened his court on September 16, 1867, with a charge to the grand jury promising that “no distinction will be tolerated which discriminates between individuals by reason of caste or color.” He was described at the time as small in stature, with bright blue eyes and auburn hair. Burnham attended the court faithfully, often six times a week, until the commanding general appointed him to the Virginia Supreme Court of Appeals on June 9, 1869.

Burnham took office six days later as one of three new members, all appointed by the general after he dismissed the sitting judges from office in compliance with a new federal law that required replacement of all Virginia and Texas officials with any previous record of Confederate activity. Burnham became president of the court by election of its membership. He was not a dominant jurist. Appearing in the minority more often than his two colleagues, he wrote no majority opinions and only one dissenting opinion in the eight cases the court decided while he was a member that were recorded in the official volumes of the Virginia Reports. Burnham had a brief and stormy career on the court. He and his fellow justices, Orloff M. Dorman and Westel Willoughby, met for the first time from June 22 to 28, 1869, and adopted new rules of practice. The court met again on October 12, 1869, but decided only one case before adjourning until January. In announcing the decision Burnham explained that because Virginia had adopted a new constitution and awaited only congressional approval to implement it and replace military appointees with new officials, it would be expedient for the court to defer further business until the next term. Newspaper reports suggested that the sudden adjournment resulted less from such questions of delicacy than from a desire to head off an effort by those who doubted the court’s legitimacy to seek a restraining order from the United States Supreme Court against further action by the Virginia tribunal.

The Supreme Court of Appeals reconvened on January 11, 1870, but its validity was brought into dispute with passage on January 26 of an act of Congress ending Reconstruction in Virginia, restoring civilian rule, and thereby implementing a new state constitution under which the General Assembly would select new judges. Critics argued that the court’s proceedings were a mere nullity after the end of military rule, but it doggedly remained sitting until it completed its business and adjourned on February 25, 1870. In March 1870 the General Assembly declared the decisions of the judges lawful and final. Later in that year the five new judges of the Supreme Court of Appeals refused to question the quality of the three judges or the lawfulness of their decisions when they invalidated by a vote of 3–2 a provision of a law to allow some of the cases to be heard again.

Burnham no doubt welcomed this judicial endorsement of the court’s validity, even though he had been unceremoniously ousted from office late in the court’s last session. On February 10, 1870, a member of the House of Delegates moved that the Committee for Courts of Justice report whether the judges of the court were exercising their functions lawfully. Six days later the committee reserved judgment on the status of Dorman and Willoughby but reported that Burnham was unquestionably not entitled to his office because under Virginia law he could not serve on a state court while holding a commission in the army. A joint resolution removing Burnham from the Court of Appeals quickly passed both houses of the General Assembly and received the governor‘s approval on February 22, 1870. Ironically, Burnham’s removal was cited as key evidence supporting the legitimacy of the court, because in leaving his fellow military appointees in office the assembly tacitly approved the court’s functioning with judges the commanding general of the army had appointed.

Burnham’s brief judicial experience during Reconstruction subjected him to some strong criticism and abuse. One highly prejudiced newspaper story published in 1867 declared that when he practiced law in Pennsylvania he had been a “fifth-rate lawyer and first-class libertine” who “‘mixed’ with black women” and had escaped an adultery conviction only by bribing the wronged husband to absent himself from the trial.

Burnham retired from the army on September 10, 1888. He returned to Virginia and lived at Aspen Shade, the Henrico County estate he had acquired during the 1860s. The hard feelings of Reconstruction had somewhat subsided, and the author of an obituary in a Richmond newspaper described him as quiet, unostentatious, and highly esteemed. Burnham died at Aspen Shade on April 10, 1894, of what was variously described as pneumonia and as neuralgia of the heart brought on by a severe cold. He left an estate valued at more than $10,000 and was buried with Masonic honors in Arlington National Cemetery.