Creation of the District

By March 1867, Radical Republicans in Congress had become deeply frustrated with President Andrew Johnson‘s policies, which, they believed, allowed too many former Confederates to hold public office in the South. Politically empowered former Confederates likely would obstruct the civil rights of newly freed African Americans, and for Republicans those rights—which would allow abolition to translate to real freedom—were critical.

As a result, the radical Republican majority in Congress passed several important bills over the president’s veto. One of them, enacted on March 2, 1867, was the Act to Provide for the More Efficient Government of the Rebel States, sometimes referred to as the First Reconstruction Act. It divided the states of the former Confederacy, except for Tennessee, into five military districts. Each district fell under the command of a general officer empowered to replace undesirable civil officials and use military force to keep the peace and protect residents’ rights, including trying violators before military courts. Before Congress would seat senators and representatives from a state and fully restore it to the Union, the law also required that each state hold a constitutional convention, adopt an acceptable new state constitution, and ratify the Fourteenth Amendment. The act designated Virginia as the First Military District, although in most of the historical literature it is called Military District No. 1.

During the military rule of nearly three years, white men, most of them native Virginians, filled nearly all the public offices in Virginia. The army seldom intervened in operations of local and state courts, and because the General Assembly did not meet during that time, the generals had no occasion to influence policy makers other than the governors. Schofield worked with Governor Francis H. Pierpont to bring about reconciliation and to obstruct radical proposals barring experienced white men from participation in government. When Pierpont’s elected term expired in the spring of 1868, Schofield appointed Henry H. Wells, a New York native then living in Alexandria, to succeed him. 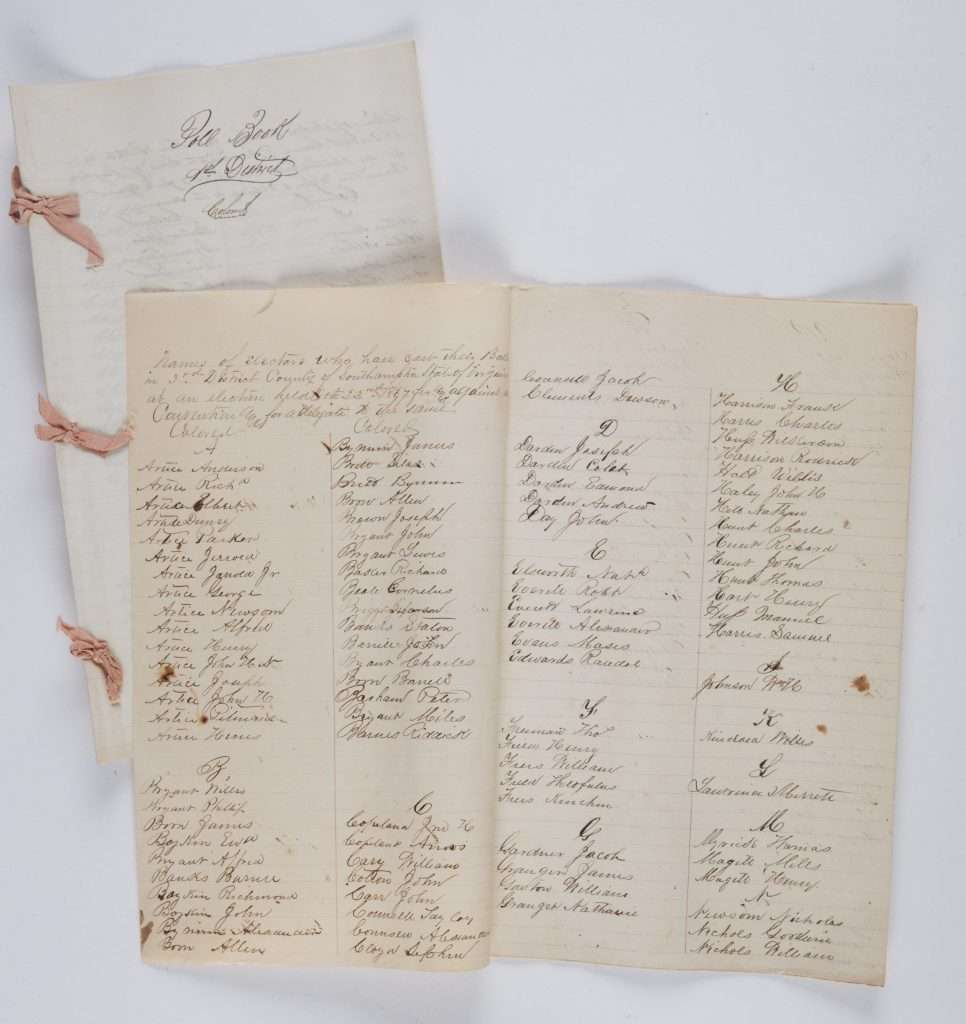 A very able Union general during the Civil War, Schofield sympathized with Virginia’s social and economic leaders and was highly skeptical of radical proposals to allow African Americans, most of whom had little or no education, to vote or participate in politics. Congress had ordered that black men be allowed to vote and run for seats in the constitutional conventions, and Schofield duly issued orders to register eligible white and black men and make certain that the election was properly conducted. Black men eagerly participated in the October 1867 election, but many white Virginians refused. About two dozen black men and enough Unionists and men of northern or foreign birth won election to the convention, giving them a firm majority over white Virginians.

In the spring of 1868 when what was known as the Underwood Convention, for its radical Republican president, federal judge John C. Underwood, voted to disfranchise former Confederates and enfranchise all adult black men, Schofield tried without success to persuade the delegates to change their minds. He then refused to schedule the necessary ratification referendum on the pretext that the assembly had appropriated no money to conduct the election.

Schofield became secretary of war early in June 1868, and his deputy commander in Virginia, George Stoneman, succeeded him. Unlike Schofield, Stoneman was unpopular with white Virginians, in part because he was less accommodating and less personally congenial than Schofield, but also because he had more sympathy for radical ideas than Schofield. With Stoneman in charge and Wells in the governor’s office, the radical wing of the state’s re-formed Republican Party rapidly gained strength. The newly formed Conservative Party reacted strongly to the emergence of a formidable biracial Republican Party under radical leadership, and the issue of the new constitution’s postponed ratification polarized politics in the state.

Stoneman further alienated the Conservatives early in 1869 after Congress voted to require the dismissal of all public officials in Virginia, Texas, and Mississippi who could not take the so-called Iron-Clad Oath that they had never supported the Confederacy. In their places, Stoneman appointed white native Unionists (at the time called by the pejorative name of scalawags) and a small number of northern- and foreign-born men (called carpetbaggers), including three former U.S. Army officers, to seats on the Virginia Supreme Court of Appeals. For a variety of reasons, probably deriving only in part from Stoneman’s brusque manner of administering his military district and the resentment he generated, he was reassigned to the West in April 1869. Brigadier General Webb filled the post for about two weeks until General Canby took office.

During Canby’s tenure, a committee of nine leading Conservative politicians, under the chairmanship of a distinguished former Whig, Alexander H. H. Stuart, negotiated a compromise allowing voters to ratify the new state constitution. President Ulysses S. Grant and congressional leaders permitted the delayed ratification referendum to isolate voting on the clauses that disfranchised former Confederates with the understanding that the clause enfranchising African American men would remain intact. On July 6, 1869, the state’s voters ratified the constitution and rejected the disfranchisement clauses.

Meanwhile, the Virginia Republican Party was divided between supporters and opponents of radical reform. The party’s 1869 state convention nominated Wells for a full term as governor and an incumbent Unionist Republican, Thomas Russell Bowden, for attorney general. For lieutenant governor, the convention nominated an African American physician, J. D. Harris. The Conservative Party nominated no statewide candidates but united behind a moderate Republican ticket headed by Gilbert C. Walker, a New York banker then residing in Norfolk. Walker and the moderate Republican-Conservative ticket defeated the radical Republicans, and Conservatives won a large majority of seats in the General Assembly. The assembly met in October and ratified the Fourteenth and Fifteenth amendments to the U.S. Constitution. In the meantime, on September 21, 1869, Canby dismissed Wells as governor and appointed Walker in his place. Walker held the office as provisional governor until Congress readmitted Virginia to the Union in January 1870. That ended Congressional Reconstruction in Virginia.

The period of military government in Virginia preserved for African Americans some of their hard-won guarantees of citizenship. But erosion of these rights occurred within five years after the end of the Civil War, when Conservative Party candidates regularly won most of the elections in the state and returned Virginia to the control of prewar political leaders. The state experienced almost none of the corruption or violence that plagued some of the other states of the former Confederacy. At the same time, African Americans never enjoyed more than minority status in the constitutional convention, in either house of the General Assembly, or in city or county government offices. Without the superintending presence of the army acting under congressional authority, it is likely that the class of prewar political leaders would have maintained control of government after the assembly sessions of 1865–1867, in which few Republicans, no African Americans, and only a small number of radicals were members.

One important consequence of the brief period of military rule in Virginia during Congressional Reconstruction was that the constitutional right of African American men to vote was firmly, if briefly, established. Eighteen to twenty black Virginians won election to the General Assembly in each of the elections in 1871, 1873, and 1875. Systematic disranchisement dismantled black voting rights in the following decades.