Buckland was born on August 14, 1734, in Oxford, England, the son of Francis Buckland, a farmer, and Mary Dunsdown Buckland. At age thirteen on April 5, 1748, with his fee paid as a charitable act by the University School of Oxford, he was apprenticed to an uncle in London, James Buckland, a member of the Worshipful Company of Joiners. Less than a year later this uncle died, and Buckland continued his training under a new master, John Whiteaves, a carpenter and fellow native of Oxford.

In 1755 Buckland completed his training, which included exposure to the latest English architecture and pattern books. Skilled craftsmen with such a background were much in demand in the American colonies, where potential clients were anxious to import the best English goods and services. On August 4, 1755, Buckland signed an indenture in London with Thomson Mason, brother of George Mason, who was building a new house in Fairfax County. Buckland spent the next four years finishing Gunston Hall, George Mason’s plantation house, and creating its interior details. Buckland’s work at Gunston Hall has long been known, but much of his original work decorating the interior was lost, making the extent of his design influence on the house uncertain. Twentieth-century investigations uncovered many of the details created under his direction and executed by the craftsmen whom he supervised. By the time Buckland’s contract ended, Gunston Hall was a tastefully finished residence exhibiting elegant classical details. On November 8, 1759, George Mason marked the conclusion of Buckland’s service by praising him as “a complete Master of the Carpenter’s & Joiner’s Business, both in Theory & in Practice.” 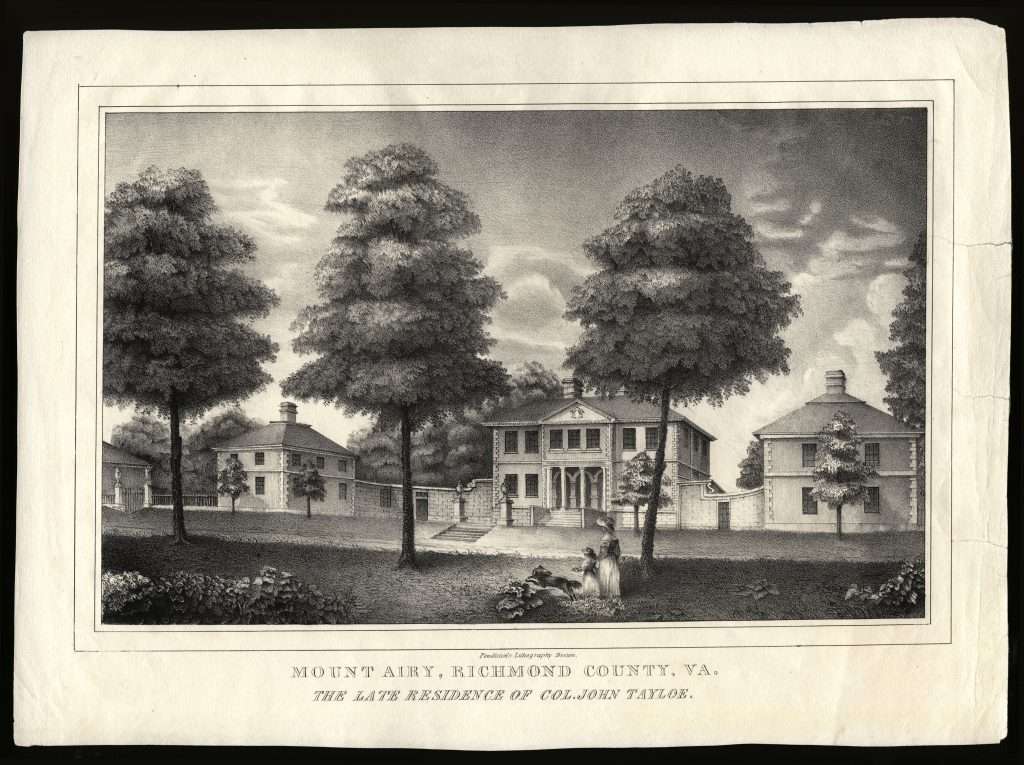 In 1758 or 1759 Buckland married Mary Moore, whose father, William Moore, owned a small plantation. They had two sons and two daughters, of whom the latter both married prominently in Annapolis, Maryland. Buckland moved to Richmond County in 1761 and later purchased a farm there. He established a workshop patterned on the guild tradition of his background. Buckland employed two native-born apprentices and several English indentured craftsmen. He executed several public and private commissions during the 1760s, but few examples of his work survive. The papers of Landon Carter, of Sabine Hall, and John Tayloe II, of Mount Airy, refer frequently to Buckland, but most of the work he did for them is lost. Serving tables he designed for Tayloe are in the collections of the Colonial Williamsburg Foundation and the Museum of Early Southern Decorative Arts.

In 1771 Buckland moved to Annapolis, probably at the urging of Tayloe’s son-in-law Edward Lloyd. Buckland quickly proved his ability as a designer and architect. A wealthy merchant and planter, Lloyd had purchased a half-finished brick house in Maryland’s capital. Buckland agreed to complete its construction and designed the striking decorative details that distinguish the interior. In 1774 he began a new house for Mathias Hammond, his only known opportunity to design and build a house from the beginning. The Hammond-Harwood House, as it is now known, attests to Buckland’s knowledge of English Palladianism and the current fashion in decoration. It also demonstrates his talent for design. The house is visually pleasing in scale and proportion and also rich in high-style decoration. 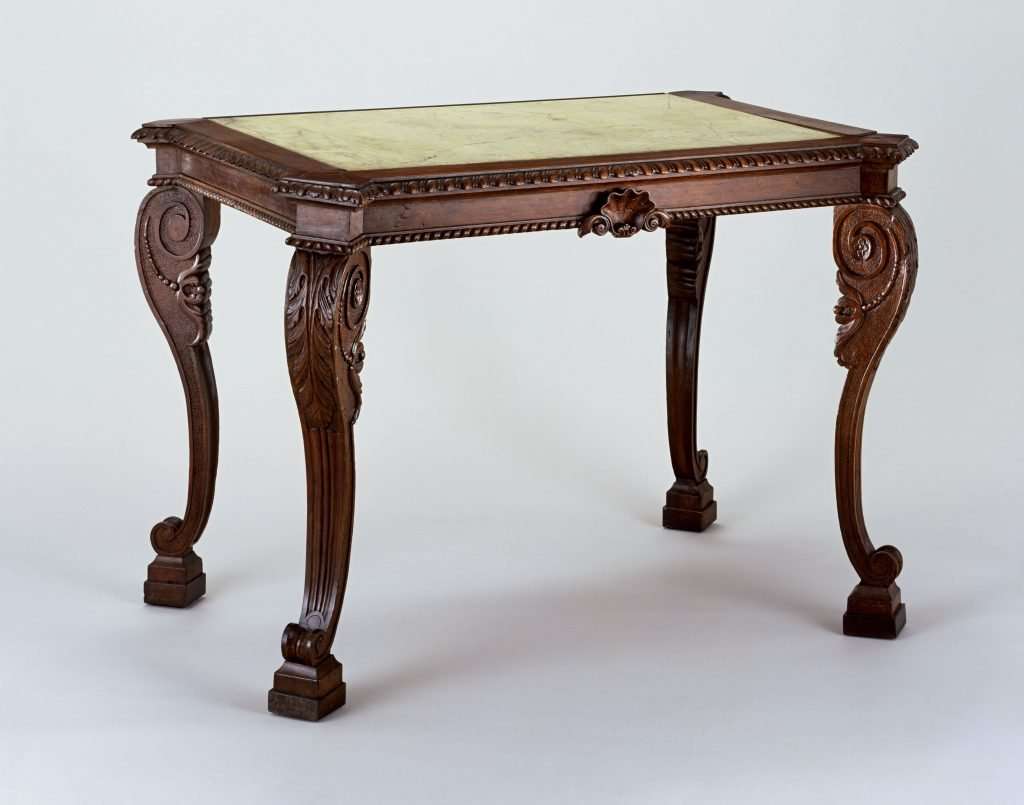 Buckland was a skilled joiner and designer noted for bringing the time-honored standards of the English building trades to Virginia and Maryland. In the progression of his career from joiner to architect during his two decades in America, he helped establish a tradition of fine decorative and architectural design in the Chesapeake region. In a portrait begun in 1774 but completed more than a decade later, Charles Willson Peale depicted Buckland as a man of slight build, with brown hair, hazel eyes, and an engaging smile. In the painting he is dressed modestly and seated at a baize-covered table with books, drafting tools, and a sketch of the Hammond-Harwood House, his last commission, beside him.

Buckland evidently designed a courthouse for Maryland’s new county of Caroline. He probably attended a meeting convened at Melvills Warehouse in that county on November 16 and 17, 1774, for contractors bidding to erect the new structure. Buckland died, probably on Maryland’s Eastern Shore, sometime before December 15, 1774, when the sale of his estate was advertised. His burial place is unknown.