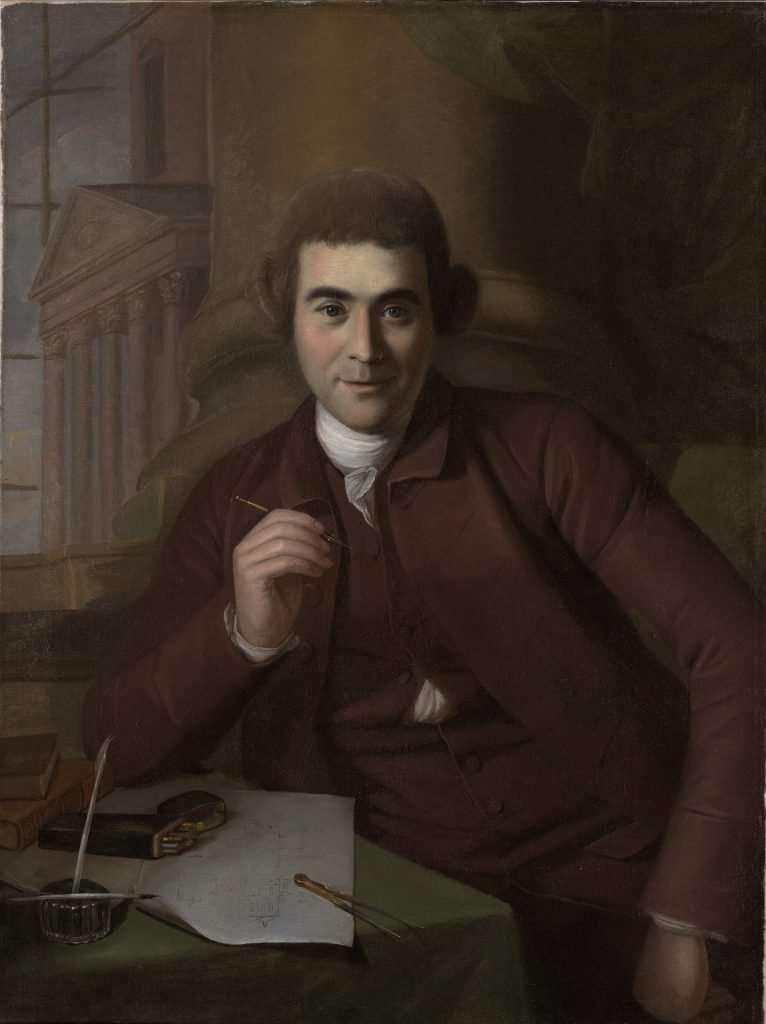 William Buckland, an architect and a builder who originally came to Virginia as an indentured servant, holds a drafting pen in this portrait by Charles Willson Peale. On the table in front of Buckland is an architectural sketch of his final commission, the Hammond-Harwood House, in Annapolis, Maryland. (The monumental colonnaded building in the background of the painting bears no resemblance to the Annapolis house.) Peale began this portrait in 1774, but Buckland died before it was finished. At the behest of Buckland's daughter, Peale completed the painting fifteen years later. This portrait is part of the Mabel Brady Garvan Collection at the Yale University Art Gallery.