Barrett was born in April 1833 in Louisa County, the son of Wilson Barrett and Lucy Barrett. He and his parents left no traces in the antebellum public records, and an observer just after the Civil War stated that he had been a slave. The historian Luther Porter Jackson later wrote that Barrett was free before emancipation, but his absence from public records makes slave status more likely. Sometime before the war he married Clarissa M. Spotswood, and they had three sons and three daughters, of whom the eldest was born about 1858. As a slave or otherwise, Barrett learned the shoemaker’s and carpenter’s trades and, in his first appearance in Fluvanna County’s records, he was taxed in 1866 as the owner of a horse valued at $50 and other property valued at $40. 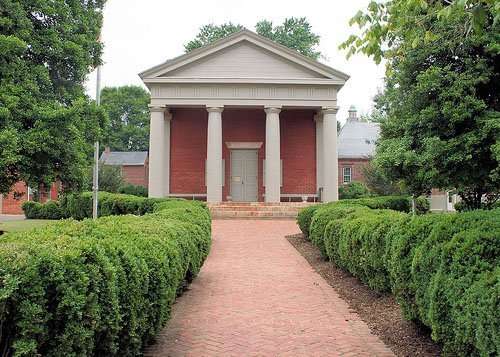 Barrett soon became a leader and political activist in Fluvanna County. He was an excellent speaker who participated in the Union League’s efforts to educate and organize blacks to seek their rights as citizens. On April 17, 1867, Barrett and two other African Americans represented the county at the Union Republican Convention in Richmond. When an election for delegates to a state constitutional convention was set for October 22, 1867, Barrett made known his candidacy. On September 28 at the courthouse in Palmyra he spoke at a crowded public meeting called to nominate a candidate to be Fluvanna’s delegate. The chair selected two whites and two blacks from each of the county’s six magisterial districts and, after caucusing, the committee recommended Abraham Shepherd, a white conservative and the clerk of the Fluvanna County Court. The meeting approved the nomination and adjourned, but Barrett immediately announced that he would run anyway. About one hundred more blacks than whites voted in the election, and he carried the county by fifty votes.

Barrett did not play a prominent role at the convention. He served on the Standing Committee on Education and usually voted with the Radical majority but opposed controversial measures designed to disfranchise former Confederates. An observer stated that Barrett was honest and spoke well but could not read or write. His signature on his pay vouchers as a delegate suggests that he had, in fact, acquired at least some level of literacy, and he was described as literate in subsequent censuses.

Barrett evidently did not seek public office again, but he remained prominent in his community near Fork Union. He probably developed his talent as a political orator through preaching. He helped to organize the Thessalonia Baptist Church in 1868 and served as its pastor for many years. In April 1879 he conveyed three-quarters of an acre of his land to the church as a permanent site for its place of worship. In addition Barrett organized a beneficial society through the church. Members made small monetary contributions in return for assistance in time of need, and they named it the Barrett Humane Society in his honor. In the 1890s he also served as pastor at the Byrd Grove Baptist Church.

Clarissa Barrett died of consumption on November 30, 1891, and Barrett married Lizzie Myers on September 4, 1892. They had no children. Barrett died in 1903 and was buried at the Thessalonia Baptist Church’s cemetery.