Jackson was born in Lexington, Kentucky, on July 11, 1892, into a family of twelve children and became an early convert to the gospel of racial self-help that was so closely associated with Booker T. Washington. Following Washington’s example, Jackson pursued education as the route to personal and racial advancement. In 1914, he received a bachelor of arts degree from Fisk University in Nashville, Tennessee. After studies at the University of Kansas, City College of New York, and Columbia University Teachers College, where he earned a master’s degree, he went to the University of Chicago in 1928. Assisted by a General Education Board fellowship, he studied with the legendary historian Avery O. Craven, whose defense of the Old South provided a catalyst for Jackson’s own investigations. By 1937, when he received his doctorate, he was a well-established college professor.

In 1922, he married Johnella Frazer, a fellow graduate of Fisk University and an accomplished educator in her own right. Frazer was a music teacher at Virginia State Normal and Industrial Institute (later Virginia State College and now Virginia State University) in Petersburg, and through her intervention Jackson landed a teaching position there in 1922. He stayed at Virginia State until his death in 1950, serving as the chair of the history department for more than two decades. 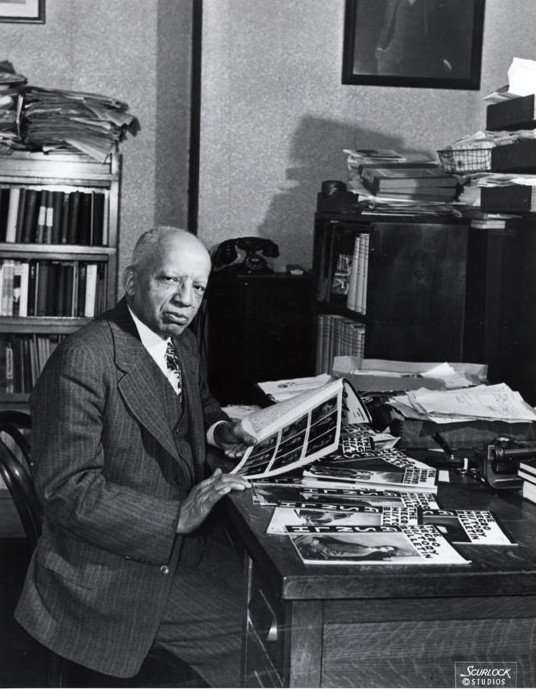 Documenting steadily increasing property ownership among Virginia’s emancipated blacks, Jackson made the point that free African Americans were responsible, productive citizens. His book carried important implications for the political and racial environment of the 1940s and 1950s. Against the grain of southern white opinion, he implied that the end of racial oppression would not lead to degeneration but instead would allow blacks to contribute more fully to American society. At a time when popular culture routinely traded in racist imagery, southerners clung defiantly to segregation, and many white academics continued to celebrate the virtues of slavery, Jackson’s research was critical. He produced other historical investigations including Virginia Negro Soldiers and Seamen in the Revolutionary War (1944) and Negro Office Holders in Virginia (1945), but none would match the scholarly significance or quality of Free Negro Labor and Property Holding.

Like many black scholars of the interwar years, Jackson fused the spheres of academia and political action. By 1925, he was active in the leading African American scholarly organization of the day, the Association for the Study of Negro Life and History. Founded and headed by the noted scholar Carter G. Woodson, the association promoted serious scholarly investigations through its Journal of Negro History, also founded by Woodson. It attracted a group of engaged black scholars that included James Hugo Johnston, Rayford Logan, and Charles Wesley.

Yet the association was equally important for its effort to generate historical consciousness at the grass-roots level. Through its annual Negro History Week—the predecessor of Black History Month—the association provided an instrument for promoting historical awareness in segregated black schools. Often criticized for simplistically emphasizing the accomplishments of “race leaders” in the American experience, Negro History Week encouraged African Americans to see themselves as active participants in the nation’s past. Active participants were potential citizens, with all of the dignity and humanity denied them by the defenders of Jim Crow. Serving as state chair, Jackson vigorously promoted the association. He expanded its presence throughout the state and used it as a platform for political mobilization.

The mobilization of social networks defined Jackson’s civil rights activism. In addition to the Association for the Study of Negro Life and History, he worked through the Petersburg Negro Business Association, the Virginia Teachers Association (VTA), the National Association for the Advancement of Colored People (NAACP), the Southern School for Workers, the Southern Conference Education Fund, the Southern Regional Council, and the notably progressive Southern Conference for Human Welfare to promote racial equality. In each group, he played a leading and often critical role. For example, as secretary for civic education with the VTA, he promoted a Speakers’ Bureau that functioned much like Negro History Week, offering teachers a legitimate pretext for meeting to discuss current events and issues like black civil rights.

For Jackson, black voting was the key to achieving racial equality. Acting on that conviction, he and a group of middle-class activists established the Petersburg League of Negro Voters in 1935. They were encouraged by the 1927 United States Supreme Court decision in Nixon v. Herndon that declared white primaries unconstitutional and by the administration of U.S. president Franklin Delano Roosevelt, which seemed to support black social and political advancement. 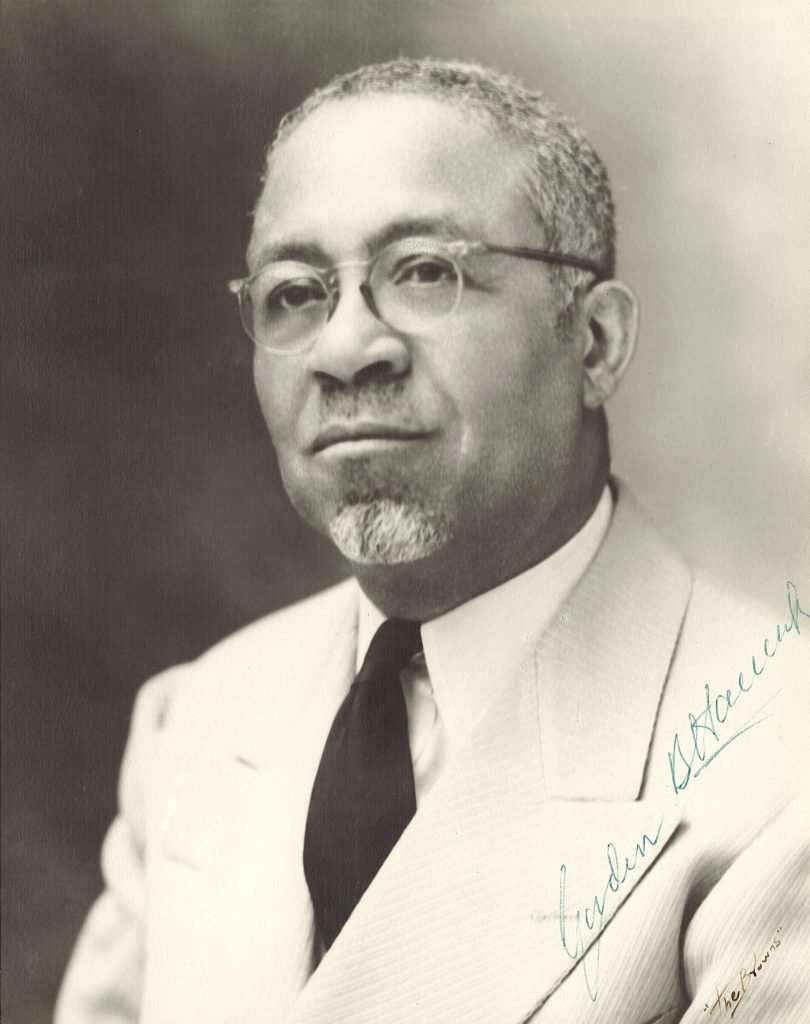 The Petersburg League became the embryo for the statewide Virginia Voters League. Established in 1941 at a conference of the Virginia Teachers Association, it worked alongside the NAACP to educate and advocate for black voters. Jackson tirelessly promoted the league’s objectives, meticulously documenting the increasing strength of black voting in his annual report, The Voting Status of Negroes in Virginia. The report also provided instructions for how to register and vote. The league distributed the report widely, sending between 10,000 and 12,000 copies to reform organizations, libraries, daily newspapers, and teachers as well as state and federal officials. According to Jackson, 95 percent of the more than 4,000 black teachers in Virginia received a copy of the report in 1944. The report developed into something more than a collection of insignificant data; it became an instrument of democratic instruction and social reform for African Americans.

This commitment to racial justice through democratic reform strengthened his support for the “Durham Manifesto,” a statement issued on October 20, 1942, by several black academics—including Gordon Blain Hancock—that condemned segregation but called for improvement within the existing system. Although mild in the context of national race relations, the statement reverberated with a new sense of democratic entitlement that was remarkably advanced—and courageous—for the South. The commitment to achieving racial equality through democratic activism was no more evident than in Jackson’s weekly newspaper column “Rights and Duties in a Democracy,” which he wrote for the Norfolk Journal and Guide between 1942 and 1948. The column gave him the perfect forum for advocating black voting. It also allowed him to champion key civil rights developments in the state.

The most important of these developments early in the 1940s was the drive for the equalization of teachers’ salaries, an effort spearheaded by Thurgood Marshall, Oliver W. Hill, and the NAACP legal team. As the case for salary equalization moved through the courts, eventually producing a remarkable victory for black teachers in the 1940 Fourth Circuit Court of Appeals decision Alston v. Board of Education of the City of Norfolk, Jackson poured attention on it, explaining its significance to the readers of the Journal and Guide and generating public support for the cause.

As the civil rights movement in Virginia gained steam, Jackson became its public intellectual and its leading champion. Utilizing his expansive network, he vigorously campaigned for progressive candidates and black voter registration. At the same time, he joined the African American–led Virginia Civil Rights Organization in directly challenging segregation on Richmond’s public transit system. The once-cautious professor had become a committed activist. His defining moment as a socially engaged academic came in November 1948, when he played a key role in organizing a conference that signed a declaration on civil rights at Thomas Jefferson‘s Monticello, an appropriate symbol of the American contradiction of slavery and freedom. Fifty leading southern activists gathered there to sign a document that called for “freedom from any discrimination bounded by law.”

Jackson did not live to see that freedom realized. He died on April 12, 1950, little more than a week after the death of his mentor, Carter G. Woodson.