Babcock was born on June 17, 1809, in Massachusetts but lived in Cheshire County, New Hampshire, after he married early in the 1830s. He and his wife, Sarah Babcock, had one son and four daughters. Sometime during the 1840s Babcock moved to Virginia. In 1850 the census enumerator in Surry County listed him as a carpenter. By the latter part of 1858 Babcock was residing in the eastern portion of Charles City County, where he acquired a house, owned and operated a lumber business and a sawmill, and with his wife joined the Mount Pleasant Baptist Church.

Babcock acquired four slaves in 1860, when his lumber business was listed as the second largest in the county. In spite of his New England connections and his well-known Union sympathies, he remained in Virginia during the Civil War and tried to live harmoniously with his neighbors, even joining the Home Guard in 1862. Nevertheless, local authorities in 1862 charged him “with reading abolishionary papers to the negroes,” but they dismissed the charges for lack of evidence. He did not free his slaves, and in 1862 hired some of them to Robert Douthat, a neighboring planter who was also a major in the Confederate cavalry. 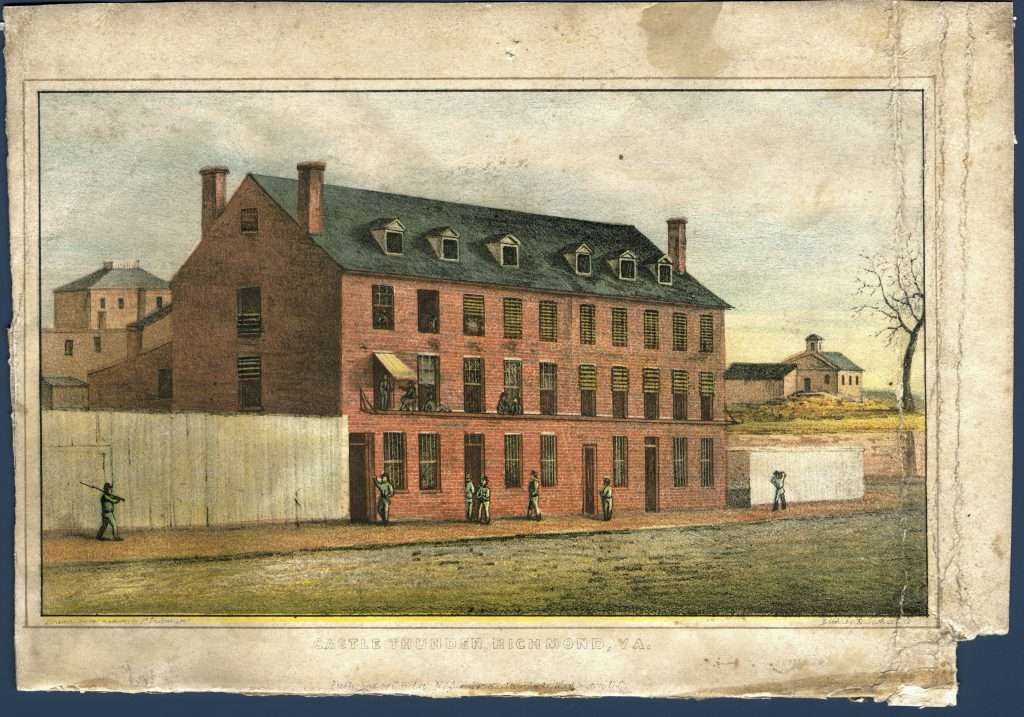 Early in 1864 Virginia authorities arrested Babcock as a “suspicious character” and possible agent for the Union army. He was not, but after that experience he began in May 1864 passing information to the Union army. He was arrested a second time in February 1865 and imprisoned in Castle Thunder in Richmond. One of those arrests, although he probably did not know it at the time, complicated matters for the Richmond espionage ring of Elizabeth Van Lew, because her code name was Babcock. Shortly before the Confederate government evacuated Richmond in April 1865, Babcock was placed on a train for Danville, but he escaped in Amelia County. After the Confederate army surrendered he returned to his home in Charles City County.

Babcock resumed operation of his lumber business and probably expected to remain out of politics. His name did not appear on a list of known and respectable local leaders that an agent for the Freedmen’s Bureau compiled in April 1867, and one of the bureau’s officers later reported that Babcock was “not remarkable for any particular action as friend of the Freedmen, although he was considered as such and is represented as a good Union Man.” His local notoriety as a former prisoner of the Confederate government probably contributed to his election on October 22, 1867, to represent the counties of Charles City and New Kent in the constitutional convention that met in Richmond from December 3, 1867, to April 17, 1868. Babcock received 584 votes from African American voters in Charles City County and only 22 from white voters. His opponent, Edmund Waddill, received overwhelming support from white voters and almost none from blacks. Babcock did not speak during the convention, so far as extant records show. He supported suffrage for African Americans but opposed integrating the new public schools and was against disfranchising the antebellum elite.

Although northerners by birth and Unionists, Babcock and his family were not regarded as carpetbaggers in Charles City County. One of his daughters married into a prominent local family and lived the remainder of her life in Charles City County, as did his only son, Charles Babcock, who served as presiding justice of the county court in 1869 and subsequently for twenty-three years as county treasurer. In 1871 Lemuel Babcock sold his sawmill to his son and his house and land to the local Baptist minister and moved with his wife to Saint Albans, Vermont, where his brother, Elias G. Babcock, resided. He returned to Charles City County on several occasions, and in 1885 his name appears on the list of members of the grand jury. Sarah Babcock died in September 1889, and Lemuel E. Babcock died on March 2, 1897. They are both buried in the cemetery at the site of Manoah Baptist Church in Charles City County.