Allen was probably the youngest of two sons and five daughters of Arthur Allen (1608–1669) and was probably born at his father’s estate in what became Surry County in 1652. About 1660 he was sent to England for an education and remained there for seven or eight years. After his father died, his mother, Alice Tucker Allen, administered his inheritance until her remarriage. By 1681 Allen had married Katherine Baker, daughter of Lawrence Baker. They had four sons and four daughters.

Like his father, Allen engaged in trade and also occasionally went to England on business. He gradually increased his landholdings until, at the time of his death, he owned almost 10,000 acres in Surry and Isle of Wight counties. Like some of his fellow planters, Allen gradually shifted from the use of indentured English servants on his plantations to the acquisition of lifetime slaves of African origin or descent. 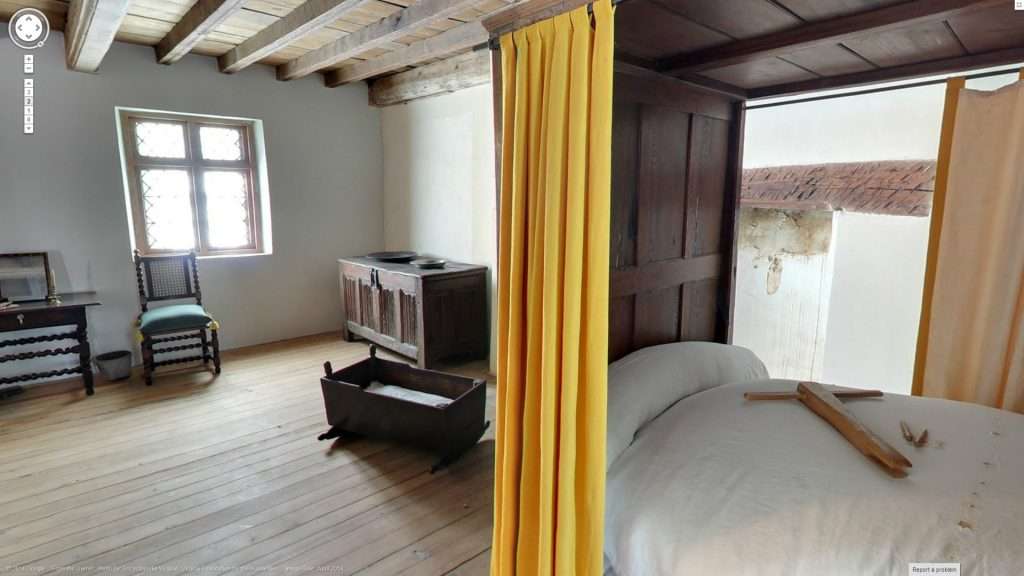 Indicative of his status in the county, Allen served on the Lawnes Creek Parish vestry by age twenty-one. At age twenty-four he became a member of the Surry County Court, and he was appointed surveyor of both Surry and Isle of Wight Counties. A friend and ally of Governor Sir William Berkeley, Allen was with the governor at Jamestown on September 18, 1676, when a group of about seventy followers of Nathaniel Bacon seized his residence, then known as Allen’s Brick House but later as Bacon’s Castle. By the time they were driven out on December 28, the rebels had destroyed, damaged, or carried away property that royal commissioners later valued at more than £1,000 sterling. Allen’s close association with Berkeley and with his followers, who came to be called the Green Spring faction, led to his appointment in May 1677 to the quorum of the Surry County court, but Lieutenant Governor Herbert Jeffreys, who replaced Berkeley, had Allen deprived of his offices later in the year. Following Jeffreys’s death in December 1678, Allen was reappointed to the court.

In 1682 Allen won election to the House of Burgesses and was promptly placed on the important Committee on Propositions and Grievances. The session was ridden with conflict following the plant-cutting riots in several counties north of the James River, and Allen joined Robert Beverley (1635–1687) and Philip Ludwell (d. 1716) of the old Green Spring faction in opposing Governor Thomas Culpeper‘s attempts to punish the rioters. Allen was reelected and served in the House with growing distinction during the spring of 1684 and the autumn of 1685.

Allen soon crossed swords with another governor, Francis Howard, baron Howard of Effingham, who removed Allen from the county court in the spring of 1686 for objecting to Effingham’s choice of a sheriff for Surry County. On October 21, 1686, following the death of Speaker William Kendall between sessions, the House of Burgesses elected Allen its Speaker. Allen led the fight against Effingham’s policies, among them the governor’s attempts to use the royal negative to retain laws that the House insisted be repealed. Effingham regarded Allen as one of the three most influential burgesses obstructing his political program. As a sign of his displeasure Effingham dissolved the assembly.

The voters in Surry County returned Allen to the House again on February 17, 1688, and his fellow burgesses reelected him Speaker. Allen again led the opposition to Effingham. When the governor learned that the House had petitioned the king with twelve grievances against him, he angrily dissolved the assembly and removed Allen from his county surveying posts as punishment for leading the opposition.

Allen was reelected to the next assembly, called in the spring of 1691. However, he and one other burgess-elect, James Bray, did not take their seats. With William and Mary on the English throne following the Glorious Revolution, Parliament rewrote the oaths of allegiance and supremacy and required all officials to subscribe to them. Arthur Allen, “through Scruple of conscience,” declined to do so. Never giving any other reason, Allen likely refused to renounce his oath of allegiance to James II, and he consequently held no offices in Virginia for fourteen years. In 1697 the Surry County court ordered Allen to subscribe to the oaths, but he again refused. Not until April 1702, after James’s death, did Allen willingly take the new oaths, after which he was almost immediately sworn in as one of the visitors of the College of William and Mary. In September of that year he was returned to the county court as its senior member. In the spring of 1703 he again stood for election to the House of Burgesses, but he was defeated despite Governor Francis Nicholson‘s efforts on his behalf. In a rage Allen ordered the sheriff not to confirm Major Thomas Swan’s election, claiming that in so doing he had Nicholson’s sanction. This action resulted in an investigation of Allen’s conduct by the House and his appearance before it. The burgesses forced him to admit that he had not intended to show disrespect to the members. In April 1703 Nicholson appointed Allen naval officer for the Upper District of James River, a customs post he held until his death. In 1704 he was once again named surveyor for the counties of Surry and Isle of Wight, a position he relinquished to his son John in 1707.

In 1708 Council President Edmund Jenings recommended Allen to the Board of Trade for a position on the Council, but he did not receive the appointment. By then Allen was at odds with his old political allies, and Philip Ludwell (1673–1727) went so far as to refer to Allen in a letter to his father as a “meddlesome old fool” and criticize his actions as naval officer. Despite his frequent troubles, Allen remained influential in Surry County. Made a captain of the militia in 1677 and a major between October 1680 and May 1681, he was usually referred to as Major Allen.

Aged and weakened after a long winter that “helped his distemper,” Allen died on June 15, 1710. His estate was valued at £838, not counting twenty-eight slaves worth more than £682, enormous landholdings, and his Brick House. His third son, Arthur Allen (ca. 1689–1727), inherited the Brick House.