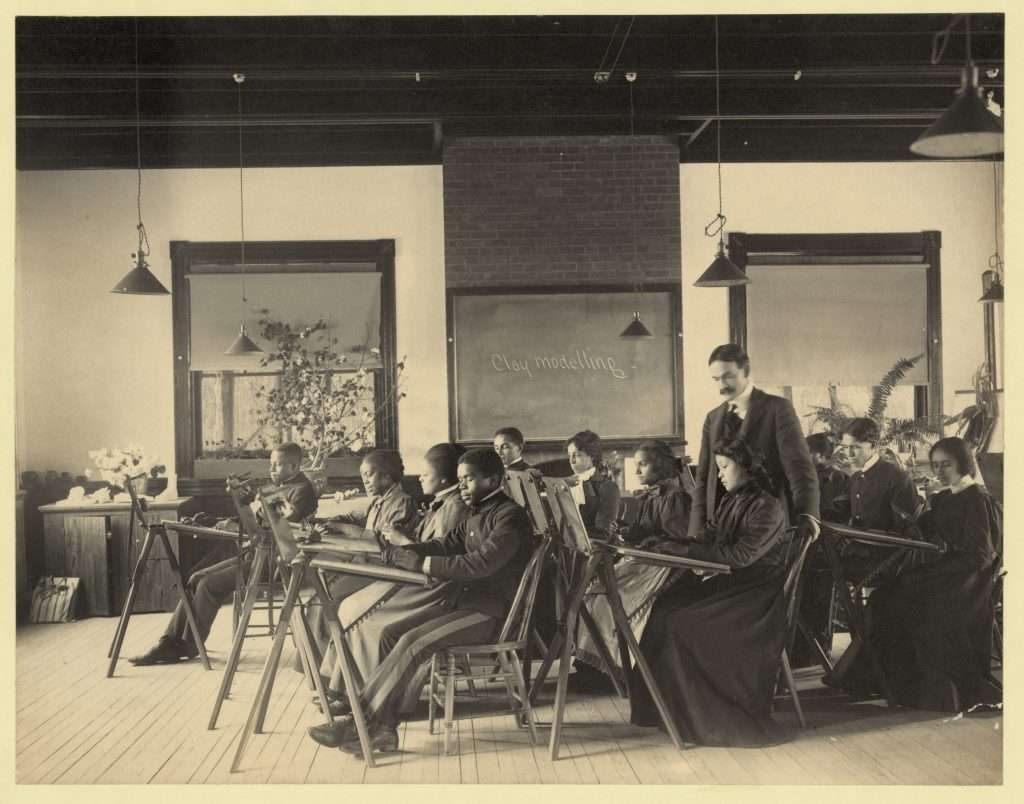 Class in Liberal Arts and Sciences

Students at the Hampton Normal and Agricultural Institute (later Hampton University) mold clay to mimic objects hanging from easels attached to their desks. This exercise was part of a liberal arts and sciences class. The institute was founded in 1868 to educate the formerly enslaved; within a decade the education of Native Americans also became part of the school's mission. This image was taken in 1899 or 1900 by Frances Benjamin Johnston, a well-known photographer from Washington, D.C. Johnston was commissioned by the school's second principal, Hollis Burke Frissell, to document the institute and its students for the Paris Exposition of 1900.