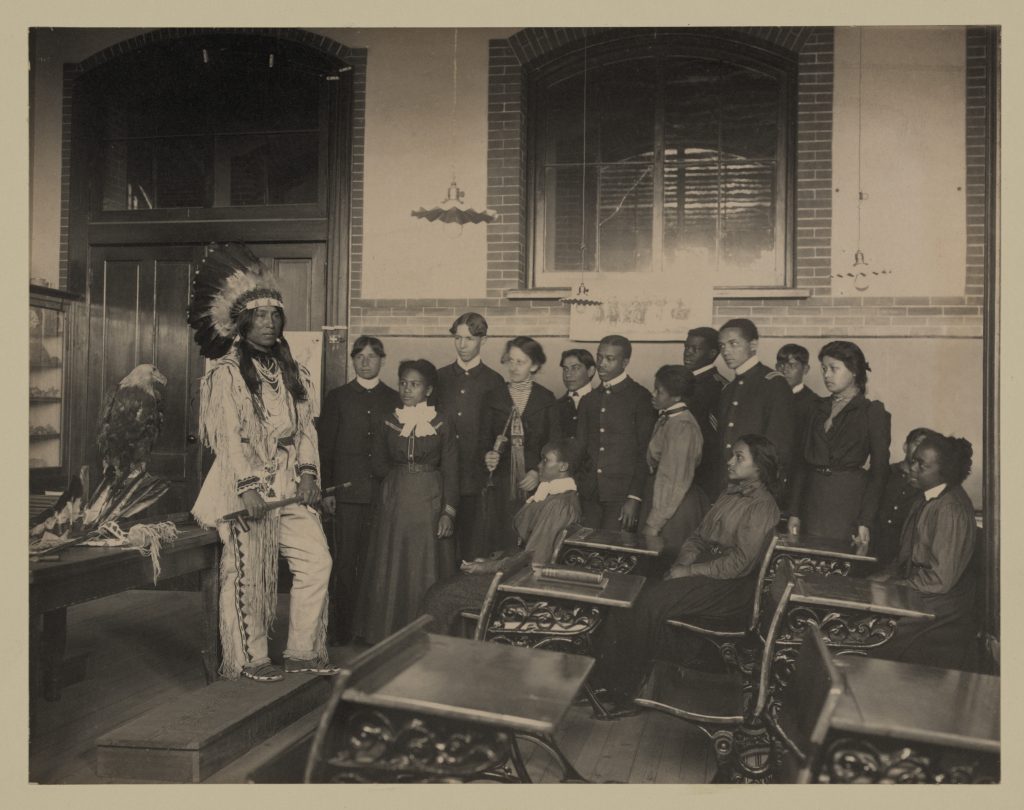 Louis Firetail of the Crow Creek Sioux tribe wears traditional clothing and stands next to a bald eagle in an American history class at the Hampton Normal and Agricultural Institute (later Hampton University). The institute was founded in 1868 to educate the formerly enslaved; within a decade the education of Native Americans also became part of the school's mission. This image was taken in 1899 or 1900 by Frances Benjamin Johnston, a well-known photographer from Washington, D.C. Johnston was commissioned by the school's second principal, Hollis Burke Frissell, to document the institute and its students for the Paris Exposition of 1900.