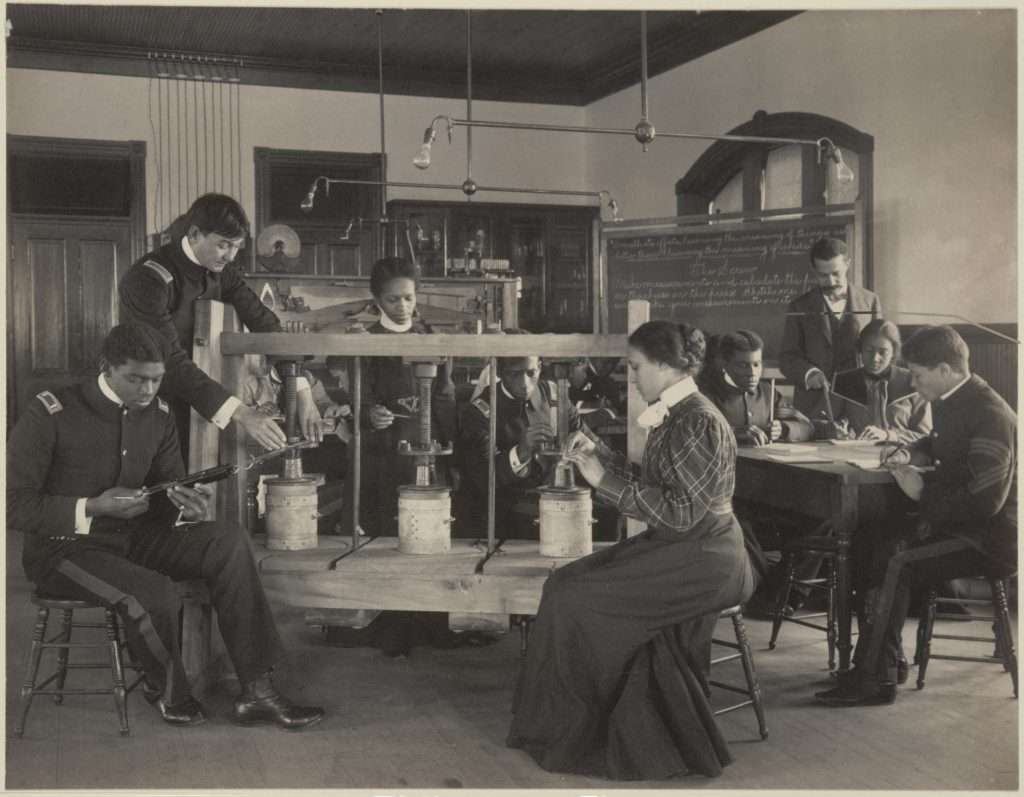 Students at the Hampton Normal and Agricultural Institute (later Hampton University) measure the amount of force being applied by the screws in cheese presses. This exercise was part of the curriculum devoted to agricultural science. The message on the blackboard behind the class reads in part, "In all its effects, learning the meaning of things is better than learning the meaning of words." The institute was founded in 1868 to educate the formerly enslaved; within a decade the education of Native Americans also became part of the school's mission. This image was taken in 1899 or 1900 by Frances Benjamin Johnston, a well-known photographer from Washington, D.C. Johnston was commissioned by the school's second principal, Hollis Burke Frissell, to document the institute and its students for the Paris Exposition of 1900.